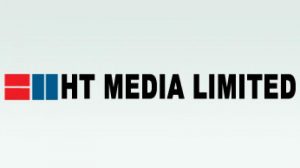 I am unable to agree with the judgment of Delhi High Court on various counts. At the outset, this is an ex-parte proceeding. The evidentiary threshold, as held by the Supreme Court in Ramesh Chand Ardawatiya v. Anil Panjwani (AIR 2003 SC 2508), is as follows:

“33. ………In the absence of denial of plaint averments the burden of proof on the plaintiff is not very heavy. A prima facie proof of the relevant facts constituting the cause of action would suffice and the court would grant the plaintiff such relief as to which he may in law be found entitled. In a case which has proceeded ex parte the court is not bound to frame issues under Order 14 and deliver the judgment on every issue as required by Order 20 Rule 5. Yet the trial court should scrutinize the available pleadings and documents, consider the evidence adduced, and would do well to frame the “points for determination” and proceed to construct the ex parte judgment dealing with the points at issue one by one. Merely because the defendant is absent the court shall not admit evidence the admissibility whereof is excluded by law nor permit its decision being influenced by irrelevant or inadmissible evidence.”

Strength of the Mark

Any word, abbreviation or acronym which has become ‘publici juris’ cannot be exclusively claimed by anyone. Applying this principle, I am of the view that the word mark “Hindustan” per se is a weak mark. By using the expression “word mark”, I am referring to the text “Hindustan” (and not to the typographic treatment of the text).

The Trademarks Act treats registered trademarks as prima facie valid. This should apply to the trademark taken as a whole (comprising of both the word mark and the label mark). The court should be cautious in examining the prima facie validity of the marks. As I see it, the judicial focus must be on “Hindustan” only which is per se a weak word mark (for Delhi High Court’s judgments, dealing with the tenability of the mark “Krishna”, see here and here).

In a trademark infringement, the focus must be on evaluating the overall impression conveyed by marks. In Cadila Healthcare Limited v. Cadila Pharmaceuticals Limited, the Supreme Court laid down the criteria for deciding the question of deceptive similarity in case of passing off:

“a) The nature of the marks i.e. whether the marks are word marks or label marks or composite marks, i.e. both words and label works.

b) The degree of resembleness between the marks, phonetically similar and hence similar in idea.

c) The nature of the goods in respect of which they are used as trade marks.

In this fact situation, there is a domain name www.hindustan.com which cannot be accessed. The scope for an overall impression test is quite limited.  As for a finding of resemblances, the scope of the test is quite narrow. A finding of trademark infringement, on “Hindustan” alone, is counter-intuitive (please refer section 17 (effect of registration of parts of a mark) and section 29 (infringement of registered trademarks) of the Trade Marks Act).

“(1) In exercising discretion to grant an anti-suit injunction the court must be satisfied of the following aspects : –

(a) the defendant, against whom injunction is sought, is amenable to the personal jurisdiction of the court;

(c) the principle of comity – respect for the court in which the commencement or continuance of action/proceeding is sought to be restrained – must be borne in mind;

I am of the view that the courts must be extremely cautious in treading the path of ‘anti-suit injunction’ in a case involving foreign jurisdiction. The UK High Court, in Huawei v. Unwired Planet, held that it can decide on a global FRAND licence (covered here). The matter is now before the UK Supreme Court. Many legal scholars have already raised eyebrows on the jurisdiction of the UK High Court to make such a determination. The issue of jurisdiction is a sensitive issue and therefore, this path should be treaded cautiously. For instance, if a US court grants an ‘anti-suit injunction’ against a suit filed in India, how will the Indian court react to it? In the given case, how will the US Court react to the grant of ‘anti-suit injunction’ by the Delhi High Court?

As to understand the ‘anti-anti-suit injunction’, an understanding of the brief facts will be helpful. IPCom GmbH & Co. KG (IPCom) owns a portfolio of patents covering 2G, 3G and 4G standards. One among the patents is EP 1 841 268 B2 (EP 268) which is essential to the 3G standard. IPCom made an offer to license its patent portfolio (which includes EP 268) to the Lenovo group. The Lenovo group did not respond to the offer.

I am of the view that the remedy in a fact-situation like the instant one, lies in unfair competition law (and not trademark law). [For the uninitiated, unfair competition law and competition law are different. This fact situation is a classic case of unfair competition – as the defendant seems to be engaged in a deceptive business practice that is ostensibly causing economic harm to the plaintiff. The facts, as stated in the judgment, do indicate cybersquatting.] Though mandated by TRIPS, India does not have a robust unfair competition law framework. Therefore, the practical feasibility of this option is limited. Given this situation, the Uniform Domain Name Dispute Resolution Policy (UDRP) route is a tenable legal option (paragraph 4(a) and 4(b) of the UDRP Policy).