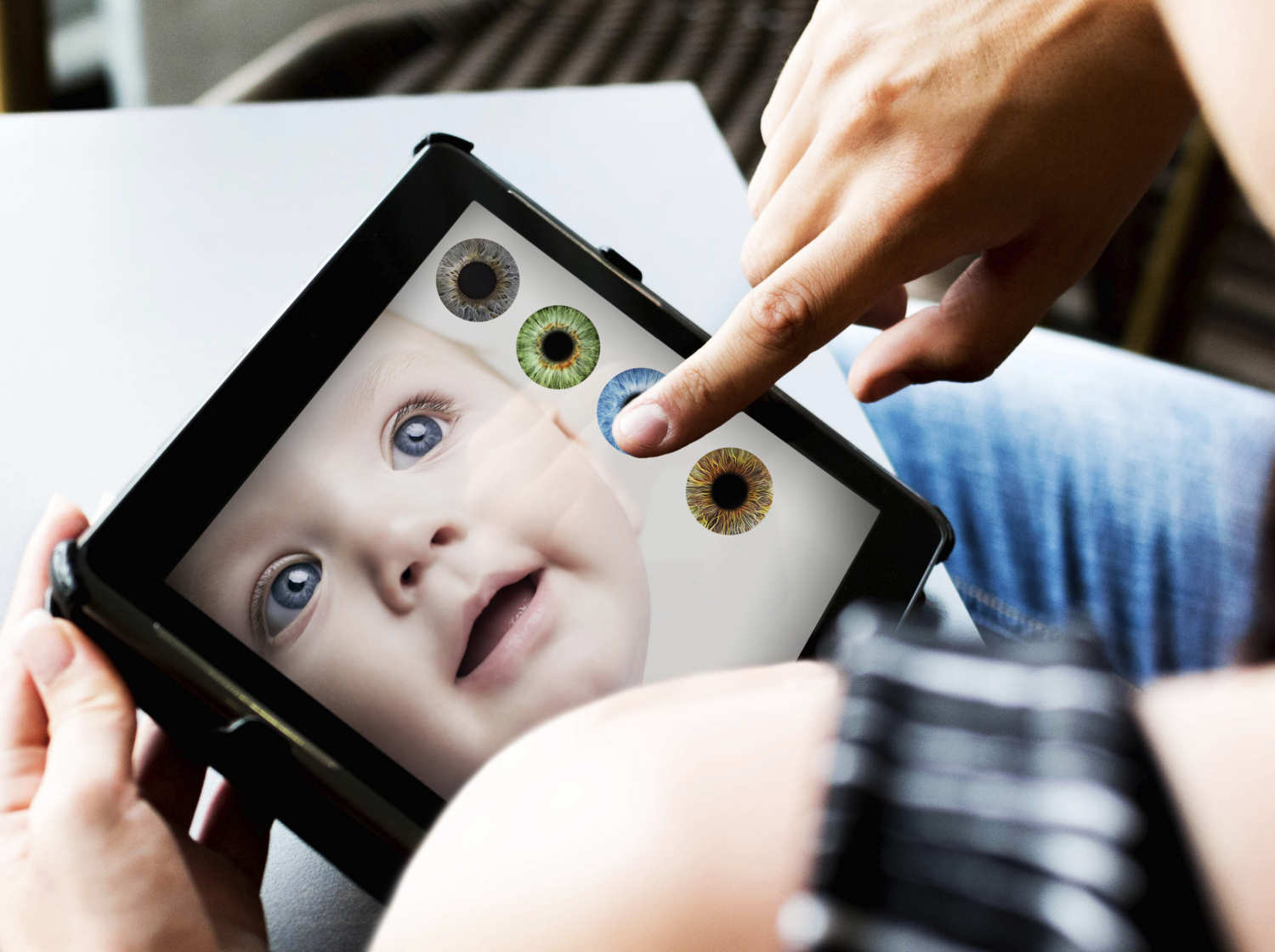 Babies are a boon for some. And a bane for others! Particularly brand name owners who find their names being appropriated by pirate parents who think nothing of marring their young ones with “marks”. Think Sony Singh, Google Ganguly or even Nokia Nair (a fine one for those South of the Vindhyas). For those interested, I did a post on branded babies some years ago.

Soft and cuddly as they might seem, babies have bounced out of the “soft” IP arena. And ventured forth into the “harder” domains such as patents: what with embryonic stem cells, genetic engineering and the like! And most recently, the scary spectre of “designer babies”. A theme on which I reflect in this recent op-ed for the Hindu.

Although the piece focusses more on the regulatory/ethical dimensions, I did manage to slip in some IP as well (private IP rights in clinical trial data versus public interest in disclosure). So if beautiful babies (or thoughts of them) are what keep you awake at night, read on and let me know what you think. I suspect that in the coming years, babies will begin to make even more serious incursions into IP, raising a whole host of issues, ethical and otherwise.

Here is a link to the piece, and I reproduce below as well.

Beauty and the Regulatory Beast

India is known for its designs and designers, one more colourful than the other. But more importantly, we are known for our babies, rapidly proliferating even as our population threatens to overtake China. What if the two came together? I speak of designer babies, the new threat on the horizon. And yet, how real is this? And what should we do to regulate this threat?

First off, designing babies is not anything that’s new for India. Indeed, if a recent pronouncement by the Rashtriya Swayamsevak Sangh health wing is anything to go by, we have a medley of mantras to ensure that our babies are born “tall, fair and smart” — an “uttam santati” (ideal progeny) of sorts!

Indeed, even as the narrative of “modern” science gets suffused with an alternative epistemological wisdom of the past, it becomes difficult to separate the wheat (of wisdom) from the chaff (of conjecture). But we’ll leave that for another day. Within the realm of modern science, we now have the impending threat of designer babies, stemming from a revolutionary technique entailing the editing of our genes by bacterial DNA scissors called CRISPR (clustered regularly interspaced short palindromic repeats). The gene editing technique using such DNA scissors is titled “CRIPSR/Cas9” and was the subject of an intense patent battle between the University of California, Berkeley and MIT/Broad Institute. The verdict was somewhat Solomonic, splitting the patent pie between these two rivals.

Since its evolution, CRISPR/Cas9 has been tested across an array of domains, such as human health (gene-based therapy) and agro biotech (pest-resistant crops). In fact, trials for gene-based therapies are already under way, with scientists successfully editing out genetic mutations that code for disorders such as hypertrophic cardiomyopathy (a functional impairment of the heart) and retinitis pigmentosa (a degenerative disorder of the eye). The question now is: if we can edit out medically problematic gene sequences, can we also alter genes to make us look more attractive? Smarter? Stronger? Fairer? In other words, can we beautify the babies of tomorrow? It is this scary spectre of a new age eugenics that forms the starting point for this piece.

Given that the line between “cure” and “cosmetics” is a fast blurring one, one has to first acknowledge a rather nebulous slippery slope here. Assuming, however, that one could make this distinction, the solution appears seemingly easy: prevent the purely cosmetic in baby design, while paving the way for life-saving medical interventions. But is the science so certain that we can rest easy, without worrying about the “side effects”?

And this is where the regulatory beast steps in. For we need to ask: how do we establish the “safety” and “efficacy” of these techniques? Most drug regulatory regimes insist that drug makers submit clinical trial data to establish that their drugs are safe and effective. Gene therapies and the defect-free babies that flow forth ought to be subject to a similar regulatory standard.

However, the question is: how long must these trials last? Genetic changes and alterations take years to manifest and side effects perhaps even more so. Do we put all these potentially life-saving medical advances on hold till then? Or do we tinker on, not bothering ourselves with the fate of the future? For in the long run, as Keynes famously noted, we’re all dead anyway!

Clearly, the line must be drawn somewhere. Perhaps, much like judge made common law, one could adopt an incremental case-by-case approach. For, evolving a precise principle that will account for all possible cases in future is a quixotic feat, to say the least. Unfortunately, insisting on foolproof safety data at the budding stages of a breakthrough technology might bury it altogether. Indeed, even within the realm of standard drugs (based on chemical molecules), the most voluminous of safety data still does not ensure that the drug is safe; there are plenty of instances of adverse effects reported well after the drug has been cleared. If we are to wait for the perfect safety data, that wait may well be forever.

One must therefore balance out the innovation imperative with that of ethics. Unfortunately, for way too long, these two domains have operated in largely different silos, and the twain seem to have hardly ever met. But now, with some of the leading tech evangelists expressing their ethical concerns in public, its kosher to cross over. Indeed, the fight today is more about which of these threats rate higher on the Frankenstein index: Artificial Intelligence (AI) or gene editing? Elon Musk “trumps” in favour of the former, while India-born tech maverick Vinod Khosla plonks in favour of the latter. As for the zesty Mark Zuckerberg, even as he took umbrage at Mr. Musk’s cautionary call on AI, his own bots went ahead and apparently invented their own language.

As these tech titans fight it out, one shudders at the prospect of a fearsome future, where AI robots begin to edit our babies! Given these concerns, the line between the permissive and the prohibited will always remain contested. However, we could begin by establishing certain baseline principles. First, one might insist on a more rigorous regulatory standard (safety/efficacy data, etc.) for interventions that cuddle close to the “cosmetic”. And a less onerous one for critical life-saving therapies.

Second, and more importantly, all data relating to safety and efficacy of these new technologies ought to be put out in the public domain. This is where most governments get it wrong — cosying up to big corporate behemoths who argue that this trial data is a “trade secret”, a valuable intellectual property of sorts! This argument was recently endorsed by the Indian regulator before the Chief Information Commissioner (CIC) in the context of clinical trials for GM mustard. Fortunately, the CIC ruled that the wider public interest trumped any potential IP interest in the trial data.

Data may be the new oil. However, unlike oil, which often requires the incentive of exclusivity (a prospecting license) to trigger heavy-duty investments, one cannot afford any exclusivity for health data. It is far too valuable to be tucked away in the secret IP cabins of corporate conglomerates. For, even the best of regulators can never really spot all the “bugs” in the bountiful data that is piled up before them.

We need to therefore encourage more transparency and openness; and open up this trial data to the wider public, and to scientists and doctors. That way, even if our regulators don’t get it right, we’ll at least have the prospect of someone somewhere spotting a glitch. That someone could well be you and I — the aam aadmi so to speak.

In the end, only a democratic regulatory enterprise premised on openness and public participation can ensure that we rein in the dangers of designer babies and the like. Lest a utopian future become a dystopian nightmare.