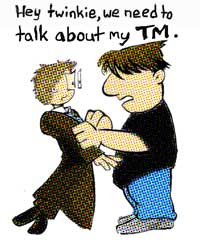 Stop me if this tale sounds familiar.

A sturdy bully, replete with well-chiseled muscles and a nasty left hook believes he owns every inch of the playground. Every single iota of space. Let’s call the bully, ‘aBhay’, for the sake of this clearly fictional tale. Right from the swing-sets to the see-saws, the merry-go-rounds to the Ferris wheels, aBhay assumes dominion over it all. Note how I said ‘assumes’? The reason being that originally, the bully wasn’t granted the entire playground by the government of playgroundsville. Originally, all he was granted was just the swing set, which he narcissistically named aBhay. However, he wasn’t content with just that. He felt that whenever kids came and used the nearby slide, they would think that the slide belonged to him too, and could get away without paying for the swing, so he told the kids he owned the slide too! That was the first domino to fall; and like the Camel who crept into the Arab’s tent, the bully ploughed his way through till he assumed de facto ownership over the entire playground, while possessing de jure ownership over just the swing set. The consequence of this appropriation was disastrous for the kids. All of a sudden, kids who wanted to use the slide/ Ferris wheel couldn’t, because aBhay afforded those kids a devil’s bargain: either pay him an exorbitant fee to use the same, or face his nasty left hook combination. His left hook wasn’t even all that nasty actually, it is simply the fact that the kids who want to use the playground were much smaller and punier than aBhay. The kids were caught in a catch 22 situation: They couldn’t take on the bully because they weren’t as strong and they couldn’t afford to pay the exorbitant fees either, because they were just neophytes!

One of the kids (Must have been one of those potential laden ‘gold star’ kids) decided that they could go to the playgroundsville government who gave aBhay the rights in the first place, and complain about how aBhay was exercising dominion over more than he originally owns. They gathered all their piggy banks together, emptied their pocket money, and aggregated their pennies into a mediocre, but by no means negligible sum. They went before the government of playgroundsville, and attempted to plead their case. Unfortunately, in playgroundsville, lawyers don’t come cheap; neither do submitting complaints! Even with their combined savings, they couldn’t even get an audience before the government, and left a dejected bunch, having lost faith in the system that was supposed to stand up for the little guy.

Trademark Bullying is nothing more than the above form of traditional bullying in an alternate playground, the market. Established companies play the role of the bullies. New entrants to the market star as ‘The kids’, the original TradeMarks are the swing sets and we all live in playgroundsville!

But today, we move from the entire reel to a single frame. So allow me to introduce the character of today’s dramatis persona. Weighing in at 171 Million active buyers, 1 billion live listings and 370 million app downloads, from San Jose, California, we have eeeeeeeBayyyyy (eBay). On the other side, from Sarastoga, Florida, weighing in at a puny 0$ profits, $156 out of $50,000 on gofundme and run by a small time school teacher we have NatureBay. You can almost hear the crickets chirping, and yet this is the opponent eBay decides to flex its trademark-loaded arms against.

Justin Lewis, the founder of Naturebay.com started the company after his father died of lung cancer to “support the good, the green, and local in our communities in order to increase access to products and services that are good for our health, communities, and environment.” He imagined Naturebay.com to be a place where local, environment friendly companies can freely sell their goods. He has invested everything into the company, made no profits thus far and is already staring down the jaws of defeat thanks to eBay.

A Brief History of Nearly Every Instance of Bullying

Abetting eBay in this predatorily vile encounter, is HM Publishers Holdings Limited, which states that it has rights to the word “Nature” for publications. I hope that the irony of monopolizing the word ‘nature’ is not lost on you. Be that as it may, let’s shift back to the viler partner in this hounding exercise, eBay.

This isn’t eBay’s first sojourn with Trademark Bullying. In fact you could almost say that they’ve developed a regimented system:

Step 1: Identify a small business/start up that has the word bay in it.

Step 2: Send them a standard letter stating how successful you’ve been prosecuting small businesses with regards to your trademarks. Call it “protecting your brand”.

Step 3: Subtly threaten them with legalease. This is usually done in the form of citing the $100,000 penalties under the Anticybersquatting Consumer Protection Act.

Step 4: Finish the procedure by strong arming them into submission vis-à-vis a lopsided settlement agreement.

eBay clearly has no scruples even with regards to choosing their targets. eBay has gone after ( among other ‘bays’) PerfumeBay, TradeBay, RealBay and TrailerBay. The last 2 don’t even have the word “eBay” in them! That however doesn’t stop eBay. It proceeds to ram down any e-commerce site, irrespective of size, and geographical zone which uses the word ‘bay’.

In one such case, while going after a company called mexbay.com, this is how eBay justifies its actions:

“In this case, your use of “bay” in your domain name, especially if used for an e-commerce web site, is likely to lessen the distinctiveness of the famous eBay brand.”eBay” is an arbitrary and fanciful trademark; neither “eBay” nor “bay” describe online auctions, online trading, or e-commerce in any way.  We cannot permit the use of the suffix “bay” to evoke eBay or as a shorthand reference to e-commerce. As we hope you can appreciate, protection of its trademarks is very important to eBay.  We recently settled a dispute against a company using the name “BidBay” www.bidbay.com.  BidBay has agreed to change its domain name, company name, and to pay eBay an undisclosed sum of money. “

Who wants to bet that the “undisclosed sum of money” was a euphemism for (pardon the french), “a shitload of money”? Interestingly, eBay has tried to portray themselves as the very personification of responsible trademark enforcement. As recently as 2012, they had this to say about Trademark bullying, “Trademark bullies are successful in obtaining settlements against trademark owners, even where the trademark infringement claims asserted are questionable, because defending parties are either not capable, financially or otherwise, or willing to deal with the risks and uncertainty involved in litigating a trademark dispute.” Clearly eBay has expanded its line of items to hypocrisy as well!

So what can little David do to combat giant Goliath? Aim his sling towards social media. Specifically, he can place the bullies’ actions in the cheapest court: the court of public opinion. Aptly called a “shaming campaign”, the campaign aims to turn the victimization narrative on its head. Goliath is no longer the “innocent senior corporate citizen” attempting to enforce its middling trademark rights, it is the ruthless brutish corporation which seeks to deprive a fledgling company the right to freely conduct business. Although many small companies have been able to successfully overcome meritless infringement claims using social media, the numbers still remain too few and far between.

So here’s our attempt at bringing some light on the callous practices of eBay Inc. If you would like to help further, here are the details of Justin Lewis, the founder of Naturebay.com.
Justin Lewis – Founder of naturebay.com

As tech dirt aptly noted recently: It’s unfortunate that what was once a consumer-protection mechanism has devolved into this kind of sanctioned bullying.