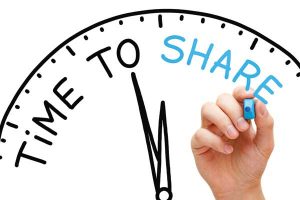 Over the past month, I’ve written about efforts by the Copyright Office to improve access, stakeholder participation and democratize the copyright filing system (see here and here). It appears the office of the CGPDTM (hereinafter, Indian Patent Office or IPO) has also been making efforts to improve access and streamline data sharing.

BananaIP reports that the IPO will now be publishing in its weekly journal, a list of applications against which FERs have been issued in a given week. Apart from this, the report notes that since recently, the IPO has been sending applicants FERs/ other relevant documents by email. Over and above that, “Of late, the patent office has started sending the FERs by email on the date of their issue.”

Details of the information released

I couldn’t locate any notice or circular on the IPO website, declaring its intention to make this information available. However, the most recent journal (see here for all journals) i.e. journal dated 13th October (see here, p. 313 on the PDF), carries the aforementioned list of applications against which FERs were issued.  This information is distributed in the form of tables – with one table designated for each patent office. The tables set out the application number, the date of issue of FER, details of the patent agent and the email address to which the electronic copy of the FER has been sent.

This publication is touted to be a sort of safety valve for the applicant in case he does not receive the FER over email. In that case, the report notes, “the applicant/patent agent can first review the journal for publication of an application no. with respect to examination reports. If the application no. is listed in the journal, the patent agent/applicant can acquire the FER from the patent office’s online database – InPASS.”

Notably, the Journal dated 13th October contains a published list of FERs issued during the previous week i.e. between 29th September and 6th October, instead of those issued during that particular week i.e. between 6th October and 13th October.  In the absence of any public notice, I am not particularly sure of the timeline followed for publishing this list of applications and corresponding FERs – but that (I hope) will become clearer over the next few weeks.

While we’re on the subject of increased accessibility of data, it is important to note some of IPO’s efforts to realize the same on the international front.  According to the IPO website, “CGPDTM and Director General of WIPO signed Cooperation agreement on 5th October 2017 at Geneva Switzerland to facilitate the exchange of data between these offices including Indian Patent documents, search and examination reports through WIPO CASE and WIPO Digital Access Services (DAS) to make priority documents available electronically.”

Details of the agreement

Apart from the above, the short news snippet on the IPO website notes that the agreement covers inter alia, the following: (a) projects for digitalization, data capture and data quality improvement, (b) creation of national and/or regional lP databases, (c) facilitation of India becoming a depositing office for WIPO CASE, (d) Regular data exchange between the IPO and the WIPO.

It appears that the agreement is a result of the WIPO general assemblies hosted at Geneva, between 2nd and 11th of October. A report of the assemblies can be found here. Some of the things reportedly envisaged under the agreement resonate with the report of the Committee on WIPO Standards (CWS) – which was noted, discussed and updated in the assemblies’ meetings. The CWS is an international forum charged with the responsibility of constantly developing the WIPO standards – which are a set of common guidelines aimed at increasing access, harmonizing international exchange of information, and effectuating uniformity in data, among offices across member countries.

The news snippet expressly mentions that under the agreement, the IPO has agreed to enhance open access under two initiatives of the WIPO. Briefly, these are –

The Centralised Access to Search and Examination System (CASE): This initiative aims at streamlining the exchange of search and examination documentation between patent offices of different member countries. The objective is to make things easier for examiners and patent offices – so that they can easily access and refer to documents from across the world, while conducting examination procedures for patent applications. Such an exchange is expected to significantly increase the efficiency and quality of work produced by patent offices and examiners across jurisdictions. The exchange is conducted through a secure platform that connects the various offices, and is provided free of charge, in accordance with the terms and conditions stipulated here.

(Detailed information on the CASE may be accessed here.)

The Digital Access Service (DAS): The DAS is a system through which a secure exchange of priority and other relevant documents takes place between participating countries. This initiative makes things simpler for the applicant. Instead of the tedious task of requesting documents from one country and then supplying them to his/her own country office, the DAS system allows for an electronic exchange of the documents directly between the offices. The documents are on uploaded on a secure platform, by a participating office upon request by the applicant and can then be accessed by a different participating office as required.

This electronic deposit and consequential exchange of priority documents under DAS, is also something that the IPO has reportedly agreed to undertake.

I tried looking up the text of the agreement, both on the IPO website as well as the WIPO website, but without much luck. (Should our readers have any information on the same, I’d appreciate the guidance.) As such, the fine details and exact scope of the agreement and covenants thereunder are unclear.

Further, while the news snippet informs us that the IPO has agreed to turn into a “depositing office under CASE” (meaning providing office, I assume) – the WIPO CASE webpage still lists India as only an “accessing office.” The WIPO DAS page also does not include India as a participating office.

This ambiguity, however, may be dispelled upon acknowledging that in view of the current unavailability of the substantive text of the agreement, we cannot clearly outline the boundaries of the IPO’s obligations under CASE and DAS. It is also to be remembered that the WIPO places the technical and operational threshold for implementation of the DAS and/or the CASE, quite high. It will be interesting to see how the IPO keeps up with this threshold, in trying to fulfil its obligations under the agreement.

Some of our earlier posts tracing the efforts of the IPO to improve access can be found here, here and broadly here.