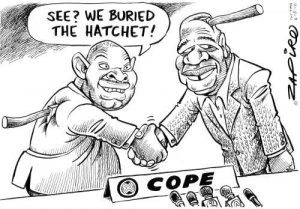 The Indian Performing Rights Society (IPRS) has at long last been re-registered as a copyright society, under the Copyright Act, by the Registrar of Copyrights. The re-registration took place on November 28, 2017.

As our readers may be aware, IPRS has been ‘ground zero’ for the turmoil and conflict between the authors and the music labels over the control of copyright societies. Originally constituted in 1969, as a company limited by guarantee under the Companies Act, 1956 IPRS was first registered as a copyright society in 1994 after an amendment to the law required all copyright societies to be registered by the government. As I have explained earlier on this blog, the Copyright Office had bungled in 1996 when it registered IPRS as a copyright society despite its failure to submit a ‘Register of Owners’ that clearly outlined the nature of the rights vested in each member. This was a crucial requirement because IPRS was required by the law to be under the control of only the owners of copyrighted work. There were other grave errors at the time with IPRS’s registration, namely the fact that its Articles allowed authors who were not copyright owners to vote. Inevitably this lack of clarity of ownership rights led to the disputes over voting rights culminating in litigation before the Barasat court after Javed Akhtar and his allies got elected to the Board of the IPRS, in 2004, with a mandate to protect the interests of the authors. Thereafter the music labels Saregama, Sony, Universal, Venus etc. got back to back injunctions restraining IPRS from conducting its Annual General Meetings (AGMs) and under a court receivership conducted a shady EGM in 2008 to replace the Articles of IPRS to ensure that voting rights were exercised by only copyright owners. The authors who were members of IPRS were forced to sign declarations forfeiting any right to royalties in order to receive some payouts from IPRS in the form of gratis. Some of the big names like Akhtar refused to sign such declarations and were denied any payments by IPRS. That led to Akthar leading a campaign for reforming copyright law, an exercise which succeeded in 2012 when both Houses of Parliament enacted the Copyright (Amendment) Act, 2012 that radically altered the basic character of Indian copyright law. As per these amendments all copyright societies were required to get re-registered with the Registrar of Copyrights.

In the years that followed 2012, IPRS was at the receiving end of an inquiry by the Enforcement Directorate (ED) under the Prevention of Money Laundering Act (PMLA) as well as a Commission of Inquiry instituted by the Central Government (its report is yet to see the light of day). The ED also froze some assets of IPRS. There were also other criminal cases filed by authors against IPRS for forgery etc. In May, 2015 two IPRS officer-bearers, Hasan Kamal and Om Prakash Sonik, were charged with forgery. Last month, the ED swooped down on the premises of 5 music labels for a “survey” under the PMLA.

Given the rate at which the government was building pressure on the music labels, I am guessing it is no surprise that some of them have kissed and made up with Akhtar. In a very public and widely publicized event held earlier this week the music labels and authors joined hands under Akhtar’s glowing smile to announce the rebirth of IPRS under the joint control of authors and owners.

It is of course welcome that IPRS has made a lot of its information publicly available – this includes its tariff rates, assignment deeds and minutes of its AGM. Although I think the information can be organized much better.

Regarding the future of IPRS – how long will the honeymoon phase between the authors and music labels last? More importantly, for how long will there be peace between the authors? There are eventually going to be niggling questions over voting rights and distribution of royalties derived from blanket licenses. For instance, should somebody with 1,000 mediocre songs have the same voting rights as somebody with 100 super-hit songs? To what extent can authors vote at AGMs? Will the regulatory structure governing IPRS outlast Akhtar’s charisma and political power?

The other major question is whether prominent music labels such Yash Raj Music, Zee Music etc. who are currently licensing their music through Novex will be willing to join IPRS? The same stands true for Super Cassettes, which is one of the biggest players in the music industry. I guess only time will give us the answers on how the new setup plays out.

On a closing note, I must say that I am quite alarmed at how the Central Government has piled up pressure on music labels through its various arms, especially the ED. If those ED raids were only meant to harass and pressurise the music labels it amounts to an abuse of power. However, if those raids were genuine then they should be carried to their logical end. We will know soon enough depending on the future course of action. While there is no doubt that the music labels played foul over the last two decades, I don’t think two wrongs make a right. Private disputes should be resolved through litigation and not at the instance of the Enforcement Directorate breathing down the necks of one set of parties. It doesn’t take much for the gun to point the other way.