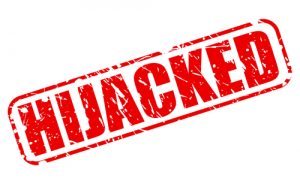 Domain names constitute the signposts for the world wide web, making it possible to navigate the immensity of the internet. Given the transnational nature of the internet and the domain name registration system in particular, it was realized early on in its development that a suitable system must be developed to protect the rights of trademark holders in domain names, to prevent the misuse of brands and secure better consumer protection. Therefore, the ICANN, the apex body responsible for administering the domain name system, designed a mandatory dispute resolution policy to apply to all registrars and domain name holders.

The manner in which the UDRP and similar policies are interpreted and administered can have important implications for many critical issues, including consumer protection and freedom of speech on the Internet. Following the UDRP is an interesting exercise in seeing how international cross-jurisdictional IP disputes can be handled in an alternative to the judicial system. We have covered such issues in the past on this blog, here.

In this post, I cover an interesting trend in UDRP administration which brings in a much needed balance between the rights and interests of trademark holders and domain name registrants.

Domain Names and the UDRP

The Uniform Domain Name Policy (UDRP) is the standard procedure to be followed in the case that a dispute arises between trademark holders and domain name registrants. Any such dispute must be referred to an approved arbitration panel, as per whose directions domain-name registrars would cancel, transfer or change the domain name.

Article 4(a) of the UDRP provides the conditions under which a panel may award the cancellation, transfer or change of a domain name. These conditions are that:

(i) The domain name registered by the respondent is identical, or confusingly similar, to a trademark

or service mark in which the complainant has rights;

(ii) The respondent has no rights or legitimate interests in respect of the domain name; and

(iii) The domain name has been registered and is being used in bad faith.

The third requirement of bad faith itself is fairly expansive, and has been explained under Article 4(b), which provides the following illustrations of ‘bad faith’ under the UDRP –

(ii) The domain name was registered in order to prevent the owner of the trademark or service mark from reflecting the mark in a corresponding domain name, provided that the domain name registrant has engaged in a pattern of such conduct; or

(iii) The domain name was registered primarily for the purpose of disrupting the business of a competitor; or

The limitation of the scope of the UDRP only to bad faith registrations was, as the WIPO report indicates, a deliberate attempt to find a balance between the legitimate rights of trademark owners and the protection of good faith domain registrants from being forced into mandatory litigious procedures. The UDRP, therefore, was meant to only apply to “egregious examples of deliberate violation of well-established rights ”

Despite the clear requirement that only ‘egregious’ bad faith cases of domain name conflicts should come under the mandatory UDRP, there have been frequent accusations that the policy, and its application, have been biased towards trademark holders. One example of this bias manifested in the theory of ‘retroactive bad faith’ registration.

Article 4(a)(iii) of the UDRP, on a plain reading, clearly requires that the domain name challenged must have been registered and currently be used in bad faith. The language of Article 4(a)(iii) presupposes that the domain registrant must have had knowledge of the trademark rights of the complainant at the time of the domain registration. An overview of panel decisions by the WIPO confirms that the consensus view of panels has been that:

However, in a spate of panel decisions, stemming from City Views Limited v. Moniker Privacy Services / Xander, Jeduyu, ALGEBRALIVE and Octogen Pharmacal Company, Inc. v. Domains By Proxy, Inc. / Rich Sanders and Octogen e-Solutions (Octogen) this plain-language interpretation of the bad faith requirement began to be chipped away at, with reference to other Articles of the UDRP being used to justify findings of ‘retroactive’ bad faith, namely, imputing post facto bad faith to the domain registration, in cases where there was subsequent bad faith use of the domain name. The rather convoluted reasoning behind this was as follows –

Domain name registrants are required to make representations and warranties, which, inter alia, state that the registrant “will not knowingly use the domain name in violation of any applicable laws or regulations. It is your responsibility to determine whether your domain name infringes or violates someone else’s rights.”

According to the Octogen cases, the language of the representations requires a continuing obligation of registrants to ensure that there is no use of the domain name in violation of trademark or copyright laws. This implies that the use of a domain name in a manner which violates the representations, would date back to, and be considered a breach of, conditions at the time of registration, and therefore would be viewed as bad faith at the time of registration.

Octogen came to be widely cited in favour of trademark holders hoping to wrest domain names from good faith domain name registrants, without going through the strictly legal route within their jurisdiction – a practice known as Reverse Domain Name Hijacking (RDNH) – where trademark owners attempt to arm-twist domain name registrants into giving up their domains with the threat of a legal dispute. As this website notes, the newly evolved theory of ‘retroactive bad faith’ provided a lot of ammo for trademark holders to engage in bad faith complaints, causing many difficulties to legitimate good faith registrants of domain names, who must either engage in costly and time consuming litigation or compromise with the abusive complainant.

RDNH findings are generally made when the panel believes the complaint has been brought in bad faith and is abusive. Going against the literal interpretation of the policy and claiming bad faith registration against a domain registrant, prior to the registration of the complainant’s own trademark, would generally have returned a clear RDNH finding.

However, the growth of the retroactive bad faith theory was difficult to stem, given the strong weight that the UDRP process places on precedent – while prior decision of panels may not be binding, they are ‘strongly persuasive’. This also led to its inclusion as a ‘non-consensus’ view on the application of bad faith registration in the WIPO Overview 2.0, largely considered authoritative, thus legitimizing the wayward theory.

Initially, panels were reluctant to out rightly reject the outlier view on retroactive bad faith. More recently, however, panels direct in their consideration and rejection of the theory –in Coolside Limited v. Get On The Web Limited, WIPO Case No. D2016-0335 (TRTL.COM), the panel found that relying on this reasoning constituted abuse of the policy and rendered a finding of RDNH. In March 2017, a three member of panel soundly rejected the reasoning of the Octogen cases, holding that:

“the overwhelming approach of UDRP panels since then has been to affirm the literal meaning of paragraph 4(a)(iii) of the Policy and to require bad faith at the time of registration or acquisition of the disputed domain name.”

This panel too came to hold that the dispute was brought in bad faith, and made a finding of RDNH against the complainant.

Subsequently, there has been a reassertion of the necessity to prove bad faith at the time of registration, following the literal interpretation of the UDRP. This has similarly resulted in more findings of RDNH against those seeking to rely on retroactive bad faith.

The decline of retroactive bad faith, will not, unfortunately, allow registrants to reclaim the domain names taken from them by complainants relying on that theory. However, a strong reversal of the same, and the recent findings of RDHN against complainants relying upon this, may bring in a much required balance between the competing rights of trademark holders and domain name registrants.

The ICANN itself, however, should view the saga of retroactive bad faith as an imperative to make the UDRP a clearer, more easily administered policy which does not allow for misuse. Hopefully, the ICANN working group on Rights Protection Mechanisms would take into account the ambiguity in panel decisions and the application of misleading precedent under UDRP cases in its review of the UDRP, which is expected to come out this year.