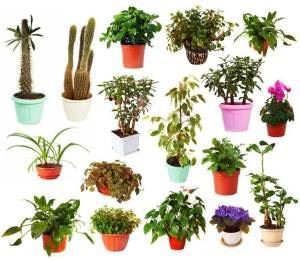 One of the central planks of Nuziveedu’s defense in its ongoing litigation against Monsanto, that we’ve blogged about over here and here, is its claim that Monsanto’s invention is nothing but a “transgenic plant” with increased insect resistance and that the same could be protected as a “plant variety” under the Plant Variety Protection & Farmers Rights Act, 2001 (PVPFRA). As discussed earlier, this characterization of Monsanto’s claim may not be accurate but it seems to have been accepted by the Division Bench (although as explained in my previous post, the court is confused regarding the nature of Monsanto’s invention).

The reason that India enacted this legislation is two-fold. First, there was a domestic demand for such a legislation from Indian seed companies who wanted to protect their new plant varieties – unlike other Indian industries, domestic seed companies in India are very innovative given the country’s long history of agriculture, we definitely have the skills to breed new varieties and it is Indian breeders who best understand Indian soil and climatic conditions. Second, TRIPS required India to provide some form of IP protection for plants under its domestic law, even if it wasn’t under patent law. The option of a separate law for plant varieties, rather than forcing it under patent law was because the Europeans have always had a separate IP system for plant varieties modelled on the UPOV treaty. (as have the Americans but this is of lesser significance since plants are patentable subject matter in the US). UPOV provides for a wide experimental use exception and allows farmers to reuse seeds – both of these features would not be allowed under the EU’s patent law treaties at the time.

The Indian government opted for replicating the European model and using UPOV as the base for its new legislation. That may not have been the best decision because the advent of biotechnology in the 80s had led to significant litigation in the EU on the bright lines between their patent law and their sui generis PVP legislation. This is because biotechnology opens the door to genetic manipulation and patent offices around the world started granting patents for biological material, usually in the form of micro-organisms.

Today, we are facing the same issues in India as the EU did in the nineties and have not learnt the right lessons from the EU which has taken steps to mitigate the effects of a possible overlap between the PVP and patent legislation. (I have a forthcoming article on the Indian overlap issue in the JWIP, although I am not sure when exactly it will be published). Further, in India we already had a Seeds Act, 1966 which regulated the quality of seeds and while I haven’t studied the issue in detail I suspect the PVPFRA overlaps with the Seeds Act to a limited extent.
But enough of history.

Returning to the issue at hand, it is necessary to understand that the definition of plant varieties would necessarily require Monsanto to be claiming a particular variety. Monsanto’s patent, as I discussed in the earlier post, appears to be claiming genes of a micro-organism placed in “any plant”. So, was the High Court correct in simply telling Monsanto to get its invention registered under the PVPFRA? I don’t think so, for two reasons.

First, if the entire claim of Monsanto’s patent was directed towards a micro-organism then it is patently clear that its invention cannot be protected under the PVPFRA especially since the legislation specifically excludes “micro-organism” from the definition of “variety”. Moreover, it is necessary to understand that Monsanto’s Claim 25 is not directed at merely at a specific variety of a cotton plant but it applies across the board to all plants (whether the claim is overbroad is a different issue). So, the debate once again goes back to the interpretation of claim 25.

The second simpler argument raised by Nuziveedu is that of “benefit-sharing”. Nuziveedu has been arguing (and the High Court has accepted the argument) that at most Monsanto can register its invention as a variety under the PVPFRA after which it can invoke the “benefit sharing” clause under the law to claim royalties from any other seed company which uses the Bt. Trait that Nuziveedu claims is the essence of Monsanto’s invention.

The “benefit sharing” provision is unique to the Indian legislation and is not present in UPOV. It is defined as follows:

The logic of mandating “benefit sharing” under Indian law was to protect small farmers/breeders who have bred new varieties that may have then been used by seed companies or universities as the basis for their own varieties. After all, plant varieties are always bred from existing plant varieties. Like several other “feel good” provisions in the PVPFRA, the benefit sharing provision is utterly unworkable because how ever do you determine ownership of genetic material that has never been registered and how exactly are you going to determine benefit sharing as per the proportion of genetic material used? You can have a case where there are 10 genes that are useless but 1 gene that can be gamechanger – how ever is a governmental authority going to determine the manner in which royalty can be shared in such cases? As far as I am aware, since the legislation was enacted, there has been only one case which perhaps qualified for benefit-sharing and that is the case of the HMT rice variety. Our former blogger, Mrinalini had written about the case over here and more recently the Wire reported on it over here. Even in that case the farmer never got any “benefit”.

In the facts of the present case, if Monsanto’s invention is construed as being over a micro-organism, there is simply no case of benefit sharing because the benefit sharing provisions extend only to plant genetic material and not genetic material belonging to micro-organisms. So, the entire issue circles back once again to claim construction and identifying the soul of Monsanto’s patent.