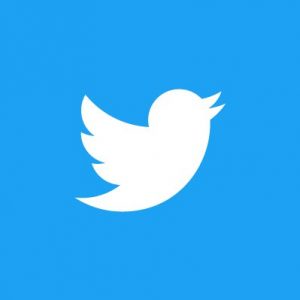 We are pleased to bring you a guest post by our Fellowship applicant Prarthana Patnaik. She is a 4th year student at National Law University, Odisha. This is her first submission for the Fellowship.

On 15th February, 2018, a New York District Court ruled that embedding tweets may amount to copyright infringement. This decision (Goldman v. Breitbart) has generated widespread criticism for it has far-reaching implications on acts of in-line linking done on the Web, which is a fairly common practice today.

In the twitter verse, tweets may be embedded by using in-line links. This makes tweeted content appear on web pages other than Twitter. Notably, this differs from retweeting – which occurs when a user re-posts or shares his own Tweets or another person’s Tweets with his followers.

Coming back to the case at hand, the events underlying it date back to 2016, when the plaintiff, Justin Goldman uploaded his photo of a famous sports figure, Tom Brady, on his Snapchat story – which went viral and landed on several online platforms, including Twitter. The tweet containing the photo was later embedded by news outlets and blogs in their articles. Subsequently, Goldman sued the news companies for infringing his exclusive right to display his copyrighted work. Before the Court, the defendants’ primary argument was that under the ‘Server Test’, they could not be held liable.

Applicability of the Server Test

The Server Test was first introduced in the 2007 ruling of Perfect 10 v. Amazon.com. According to this test, in order to constitute an infringement of the exclusive right of ‘display’ of electronic information, such information needs to be stored on the accused’s server. Hence, creating in-line links cannot amount to ‘displaying’ the information. Over the years, this test has been adopted in several cases (see Flava Works v. Gunther, Pearson Education v. Ishayev etc.) giving it the stature of a well-established precedent.

Despite this, the Goldman Court did not apply this test. The Learned Judge’s reservations against this test can be divided into two broad categories.

Firstly, she delved into the plain meaning of the right to display under the American Copyright Act, which states that “to “display” a work means to show a copy of it, either directly or by means of a film, slide, television image, or any other device or process…” .Traditionally thus, the definition of ‘display’ requires ‘copy’ of original content to be in a tangible medium of expression. Applying this definition, the defendants in Goldman, employed the server test to argue that there had been no ‘display’ of the photograph because the defendants had not ‘copied’ it, i.e., it was not stored on their servers. Instead, they had merely facilitated users’ access to the photograph by linking it.

The Court, however, differed from this and concluded that ‘display’ is possible by a ‘process’, other than by making a ‘copy’. It stated that the defendants took an ‘active step to transmit the photo by ‘including the code’ i.e., embedding. It opined that since these steps constituted a ‘process’ they could be construed as ‘displaying the photo’. The Court further held that the act of ‘displaying’ did not necessarily entail storing the content.

Secondly, she relied on the 2014 case of American Broadcasting Cos. v. Aereo. Aereo’s broadcasting service permitted users to watch TV programs on the Internet at the same time it was broadcast on air. Aereo argued that since users chose the program, Aereo did not choose and ‘transmit’ the program and hence, Aereo could not be held liable. This was refuted by the Court stating that such a distinction did not matter to broadcasters or users. In Goldman, the Court relied on this case to state that copyright infringement must not hinge on “technical distinctions invisible to the user” i.e., since the image was ultimately displayed on other web pages, the mere technical distinction of whether or not they were stored on other webpages’ servers need not be considered.

To begin with, it is important to note that the Goldman Court solely focused on direct infringement liability of the defendants. Even so, the criteria laid down in Perfect 10 for proving such liability was (a) ownership of allegedly infringing content, (b) violation of at least one exclusive right of copyright holder. In Goldman, the defendants clearly did not ‘own’ the content. This brought the crux of the discussion down to whether or not there had been a violation of the exclusive right of display. With regard to that, more analysis is required. The Court’s decision hinged on the meaning of the term ‘process’. The Court brought the act of embedding under the meaning of the word ‘process’ by describing it as a series of ‘active steps’ – none of which are mentioned in the statute.

The Court’s second observation and its reliance on Aereo, was logically inconsistent since the underlying facts and technology differ in both cases. In Aereo, the ‘technical distinction’ was regarding whether Aereo or the user ultimately chose and ‘transmitted’ the programme. Such a distinction was then considered irrelevant in determining whether or not there had been a violation of the exclusive rights. In Goldman, the technical distinction of whether or not the image was stored in the defendants’ servers was crucial since such a distinction helps us to construe whether or not images were ‘displayed’.

Apart from the above, a case of contributory infringement also cannot be made out against the defendants. In order to establish contributory infringement, the widely accepted test is that the accused must be proved to have “knowledge of infringing activity” and should be “inducing, causing or materially contributing to infringing conduct of another”. In Goldman, the news outlets were completely unaware that embedding tweets would potentially result in copyright infringement since it is a fairly ubiquitous activity, done by many in the cyberspace. Secondly, the news companies cannot be said to have contributed to any sort of ‘infringing conduct’. A simple look at Twitter’s Terms of Service highlights the fact that content which is posted on Twitter may be made “available to other companies, organizations or individuals for the syndication, broadcast, distribution, promotion or publication of such Content on other media and services”. By embedding the tweet which contained the photograph, the news companies were well within their their re-posting rights under Twitter’s Terms of Use.

Incorrect application of the Server Test

Lastly, the Court’s understanding of the Server test was flawed. This test was introduced to ensure that hosts of copyrighted content, and not people who merely link it, are held liable. The amici curiae of the defendants argued that the Server test was an application of a simple principle i.e., “a person is free to tell another where they may view a third party’s display of a copyrighted work, without being held liable for infringement if that display turns out to be unlawful”. By placing liability on linkers and by not applying the test, the Court arbitrarily held the linkers responsible for another party’s infringing conduct.

This is not the first instance where the practice of embedding tweets and other types of in-line linking has generated controversy. Aside from the harms posed to copyrighted content of owners, such practices may also adversely affects commercial interests and viewership rates of website companies. The case, however, does raise pertinent questions. Depending on the determination given to the meaning of ‘display’ in future cases, the validity of the Server Test will also come into question. In the Indian context, there have been no allegations of link liability in the context of copyright law. It will be interesting to see how Indian Courts deal with such cases and whether they will apply the Server Test when such cases do arise.