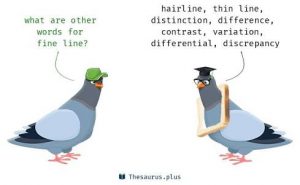 (This post is authored by and published on behalf of Mathews P. George)

The Delhi High Court reversed the ITAT’s finding and observed as follows: “When the benefit of the use of the mark has inured to the licensor i.e. HRL, the amount, that has been paid to HRL was a consideration for permission to use the mark, and not for acquiring ownership rights in the mark. The mark “HILTON” did not belong to the appellant. It also did not belong to either of its current promoters i.e. RF or IFU. It belonged to HRL which was one of the joint venture partners when the appellant was initially formed. The use of the mark “HILTON” thus, merely facilitated the appellant’s business in India. The question of law is answered in the negative, in favour of the Assessee and against the Revenue. It is directed that the payment of Rs. 1 crore be treated as revenue expenditure.”

Conceptually speaking, I am not convinced with the tenability of reasoning of HC. Ownership over an asset confers one with “a bundle of rights”. Licence, on the other hand, gives the licensee the right to exercise a particular right or set of rights agreed upon by the licensor. In determining whether the corresponding expenditure is capital or revenue in nature, the substance rather than the form of the expenditure must be examined. In the instant case, the expenditure is one-time in nature which is a characteristic associated with capital expenditure. As to draw an analogy, instead of buying a building for running my business, if I obtain lease / licence, the pertinent determining question should be whether that right (of indefinite time period for one-time payment) inter alia forms part of permanent platform on which the intended business is to be run? If yes, it should be capital expenditure.

Having the right to use a certain trademark for an indefinite time period improves the earning capability of the assessee (as the assessee can invest in brand building etc). On the other hand, if the licence period is pre-determined, the royalty payments at definite time intervals are necessary to ensure the ‘maintenance’ of earning capacity (by continuing to use the trademark). While the former is a characteristic associated with capital expenditure, the latter is a characteristic associated with revenue expenditure. In the instant case, the assessee can confidently invest in long term brand building as the licence period is indefinite and further, the royalty is one-time royalty payment. A permanent platform is built and further, the right to use that particular trademark is no longer a contingent right. It is a permanent right and therefore, no expenditure is required vis-à-vis ‘maintaining’ the right to use that trademark. Therefore, for the aforesaid reasons, I am inclined to perceive it as more a case of capital expenditure rather than revenue expenditure.