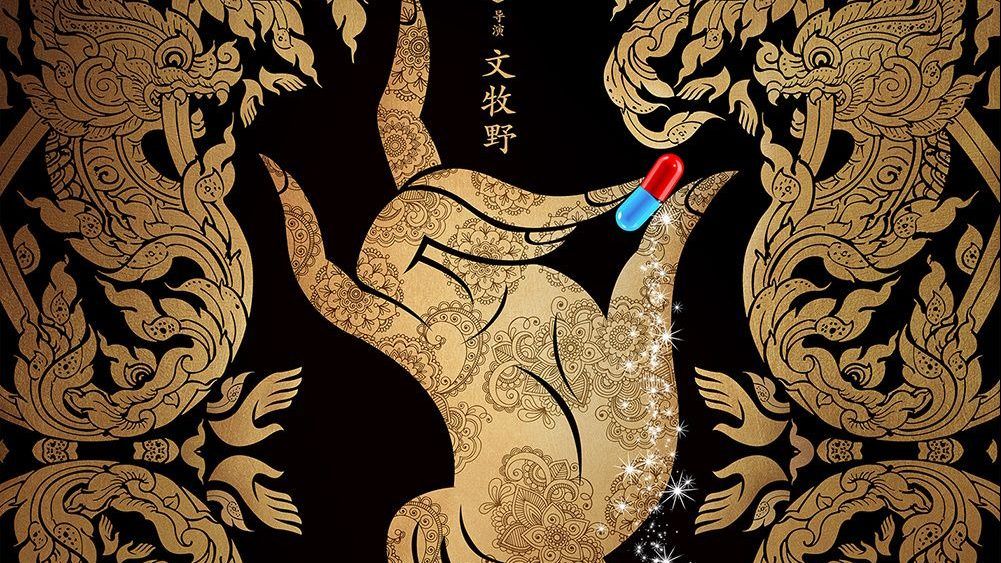 Too far fetched? Actually not quite. An Indian patent ruling did produce a big blockbuster. Not a drug, but a movie! Titled “Dying to Survive”, this Chinese film is turning out to be a big hit and making the cash registers ring.

Here are some excerpts from an Indian Express piece. (For those interested, Quartz and the Daily-O also ran interesting pieces on this dark comedy.)

“A Chinese black comedy, a movie lauding the benefits of generic anti-cancer drugs manufactured in India, has gone on to become a huge hit in China, raking in USD 36.14 mn in two days since its release on Thursday.

The film, released on Thursday and making waves in China’s festival circuit, is based on the story of Lu Yong, a textile trader from Wuxi, Jiangsu province. Diagnosed with chronic myeloid leukemia in 2002, Lu had been taking Gleevec, developed by Swiss pharmaceutical giant Novartis for use in the treatment of multiple cancers. The medicine had been costing him around 23,500 yuan (around Rs 2.5 lakh) a month.

In 2004, Lu began to directly procure a version of the same medicine, called Veenat, from India which cost him only 3,000 yuan. He shared this information with 1,000 other patients in support groups and also provided help in sourcing these medicines from India.

But since the drug was unregistered in China, it was deemed counterfeit and Lu was arrested in 2014. After spending four months in prison, Lu was released after Chinese courts found that he had not personally profited from this activity. Many cancer patients had also petitioned for his release.

Lu’s character in the movie has been fictionalised into Cheng Yong, a peddler of ointments. The movie pairs him with a bunch of other eccentric fellow smugglers who help him in his pursuit of Indian drugs to help those afflicted by cancer.

Indian drugs are extremely popular in China with frequent cases being registered of smuggling and selling Indian-made drugs. There is also a massive underground market for Indian medicines in the treatment of diseases such as cancer. About 4.3 million people are diagnosed with cancer annually in China, according to a report on China Central Television.”

As our readers are well aware, “cheaper” and more affordable cancer drugs are possible today owing to India’s progressive patent regime, particularly, section 3(d), a provision meant to eradicate the evil of ever-greening in the pharmaceutical industry. One that may not be as effectively implemented on the ground as we would like it to be; as these hard hitting empirical pieces by a group of outstanding scholars demonstrate (a piece in PLOS by Professors Sampat and Shadlen; and another one by Prof Feroz Ali and team here).

Section 3(d) was invoked most famously in the Novartis patent case involving its anti-cancer medication Glivec (or Gleevec), hailed as a magic silver bullet for patients with Chronic Myeloid Leukemia (CML). Fortunately, the Supreme Court of India ruled that Novartis was not entitled to a patent since its patent  application effectively claimed an obvious variant of an existing molecule that did not differ signficiantly in terms of therapeutic impact. In particular, the court held that only therapeutically more efficacious drugs would gain patent protection under the strict filter of section 3(d).

Had the court dithered and diluted the essence of section 3(d), Novartis might have well walked away with the patent. Costing us an affordable generic alternative. And the Chinese, a blockbuster movie. In short, an Indian Court decision paved the way for a major Chinese blockbuster. QED, as they say!

For those interested, here is a comprehensive piece of mine reflecting on the Novartis Glivec case: one that will go down in history as one of the most seminal patent cases ever. This piece was published earlier this year in the Oxford Commonwealth University Law Journal (OUCLJ) and situates the Novartis case within the broader political history of TRIPS and India’s creative calisthenics around it. Leading to the evolution of an enigmatic (anti) ever-greening provision i.e. section 3(d).

Unfortunately the piece as published is behind a paywall (since Taylor & Francis now publishes the OUCLJ). But for those interested, I have an earlier draft version up on SSRN for free download. Here is the link.

I will do another post elaborating more on this case and its key implications (particularly aspects of the SC ruling that I think may have been missed in the regular debates around this case). For the moment, here is the “introduction”.

Trumping Trips: Indian Patent Proficiency and the Evolution of an Evergreening Enigma

“The Indian Supreme Court decision in Novartis AG v Union of India—that Novartis was not entitled to a patent over its famed anticancer drug Glivec—drew both bouquets and brickbats. While academics and public health activists hailed it for affirming the central role of public health imperatives in patent law, Big Pharma and its supporters decried it as wantonly trampling global innovation incentives.

Central to the Novartis decision was section 3(d) of India’s Patent Act, a highly controversial provision aimed at weeding out the scourge of ‘evergreening’: an egregious industry practice of effectuating trivial tweaks to patented drugs, and then claiming secondary patents on such tweaks to prolong the patent monopoly. Section 3(d) stipulates that in order to merit a patent, a pharmaceutical substance that has been created after tweaking an earlier version must demonstrate significantly enhanced efficacy, over and above the earlier substance. This section was effectively transplanted from a European drug regulatory directive and finds no precise parallel in any other part of the world. The authorship of this provision and the precise mode and manner of its infusion into the text of the Patents Amendment Bill 2005 remains a mystery.

Notwithstanding its curious heritage, I argue that, as a norm that comes closer to a rule than a standard, this is an innovative legal provision that helps developing countries’ patent offices separate the wheat from the evergreened chaff relatively quickly. It also represents a strategically creative deployment of Trade-Related Aspects of Intellectual Property Rights (TRIPS)’s flexibilities. To this extent, India stands out as a sophisticated patent pioneer. However, this sophistication did not emerge overnight, but resulted from a rather long and tortuous history. This paper reflects on this history, dividing it into two major epochs: the ‘tripping’ phase (in which India was still grappling with the nuances of TRIPS, then an unfamiliar international instrument, and came to be tripped up by it), and the ‘gripping’ phase (in which India began interpreting TRIPS in a more sophisticated manner). One might say that this sophistication reached a near crescendo with the emergence of section 3(d).

This paper explores the history of section 3(d), as well as the various interpretative tussles that arose out of the Novartis Glivec case. These tussles, though not completely resolved by the Supreme Court, served to demonstrate the importance of section 3(d) as a rigorous patent filter and to demonstrate India’s ability to strike a different chord from the global patent narrative driven by Western ‘developed’ nations.”