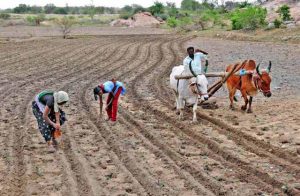 Last week, we had brought to you the first post in an ongoing series of insightful posts by Prof. (Dr.) N.S. Gopalakrishnan on India’s problematic plant varieties’ regime. We are pleased to now bring to you the second post in the series.

Problems with the Indian Plant Varieties Regime (II): Helping Seed Companies at the Cost of the Farmer?

One of the main objectives of the Protection of Plant Varieties and Farmers’ Right Act, 2001 “is to accelerate agricultural development in the country by recognizing plant breeders’ rights to stimulate investment for research and development, both in the public and private sector, for the development of new plant varieties”. It is believed that such protection will “facilitate the growth of the seed industry in the country which will ensure the availability of high quality seeds and planting material to the farmers”. If one examines the trend of registration of new varieties till date, it appears that the law is spearheading towards achieving this target. As on 28th Feb 2018, of the total of 3074 PVP registrations, 450 were for “new varieties”. It is interesting to note that, apart from the Indian Council of Agricultural Research (ICAR), a government research institution, there are more than 35 private seed industries who are actively involved in registering new varieties.

It is surprising to note that there is not a single individual who registered a new variety. This shows that even though the Act recognized the rights of farmers under section 39(1)(i) to register a new variety as a breeder, it still remains a myth more than reality.

The most important pre-requisite for the continued development of new plant varieties is the availability of a rich pool of publicly available plant genetic resources and the freedom for modern breeders to access the same without much restriction. It bears noting that the Act “considered necessary to recognise and protect the rights of the farmers in respect of their contribution made at any time in conserving, improving and making available plant genetic resources for the development of new plant varieties”. But the provisions included by the Parliament to protect the publicly available varieties in the form of extant and farmers’ varieties without clarity and overlap seem to have created a serious threat to making available the genetic resources in the public domain for developing new varieties.

Section 14 of the Act envisages the registration of three types of varieties:

(a) of such genera and species as specified under subsection (2) of section 29 ; or

(b) which is an extant variety; or

(c) which is a farmers’ variety.

An analysis of Rule 24 dealing with registration of extant variety under section 15(2) as it stood originally, reveals that the extant variety must be registered within three years from the date of notification under the Act with respect to genera or species eligible for registration that satisfies the DUS as laid down under the regulations. The requirement of notification introduced in the Rule is clearly against the mandate of section 29(2) of the Act which expressly excluded extant and farmers’ variety from notification for registration. This Rule was further amended in 2009 and two different time limits were prescribed for categories that fall under extant variety. Five years from the date of notification for farmers’ variety which is an extant variety and three years for other extant varieties. This goes against the mandate of section 15(2) of the Act which does not make any distinction between different categories covered under the extant variety regarding the time limit. To say the least, this Rule violates the basic principles of delegated legislation and is to be struck down as unconstitutional.

What is more surprising is the further extension of the time period by the 23rd meeting of the Authority held in 2015 by introducing an amendment to Rule 22(2). The Authority fixed different time period for the three categories of varieties that fall under extant variety. As per the amendment, the time limit for the 92 crop species already notified is “6 years from the date of expiry of original time limit” for the notified variety and VCK and “10 years from the date of expiry of original time limit” for farmers’ variety. Different time limits were also fixed for another 10 crop species (Jasmine, Tuberose, Papaya, China Aster, Peach, Japanese Plum, Strawberry, Chilli, Bell Pepper & Paprika, Finger Millet, Foxtail Millet). The time limit is 6 years for the notified variety and VCK and 10 years for farmers’ variety which is an extant variety from the date of approval of the Authority in the Plant Variety Journal. This means that the time limit fixed by Rule 24 for all the four categories in the definition of extant variety was amended by the Authority based on Rule 22(2). It is pertinent to note that the Authority conveniently excluded the last category of extant variety ie., “any other variety which is in the public domain”. Thus according to the recent publication in the website of the Authority, for crops such as rice, bread wheat, maize, jowar, matar, rajmah, cotton, jute, sugarcane, ginger, turmeric etc., which were notified in 2009 the time period for registration of notified variety and VCK will end on 27/7/2018 and for farmers’ variety on 29/07/2024. As per the publication, the registration of the farmers’ variety must be completed between 2025 and 2030 for the 132 crops notified by the Authority. Thus it is obvious that those farmer’s varieties that are not going to be registered within the time period will be treated to be in the public domain for free raid by the seed industries.

If one examines Rule 22(2), it deals with the power of the Authority to “register extant varieties under clause (a) of subsection (2) of section 8 within such period as may be determined by it with suitable test criteria to conform distinctiveness, uniformity and stability (hereinafter referred to as DUS) of such varieties”. It is clear that this Rule is for section 8(2)(a) which deals with the power of the Authority regarding “the registration of extant varieties subject to such terms and conditions and in the manner as may be prescribed”. Section 8(2) makes it clear that the power is “without prejudice to the generality of the foregoing provisions” in the Act. One is at a loss to notice that there are two similar Rules regarding registration of the extant variety – Rule 22(2) and Rule 24. In the light of section 15(2) and Rule 24 one is equally troubled to appreciate how the Authority can change the mandate in these provisions by exercising the power under Rules 22(2) framed under section 8. The normal rules of legislative interpretation make it clear that Rule 24 is the governing provision and can be changed only through an amendment to this provision by the Government and approved by the Parliament as done in 2009. It is evident that Rule 22(2) is also in violation of the Act, since Rule 24 is specific to fixing time limit and DUS. What the Authority is trying to achieve through the back door is to usurp the power of the Government and Parliament to amend Rule 24 by using the power under Rule 22(2) which is bound to be struck down.

What is more disappointing is the way in which the time limit is extended to farmers’ variety. It is evident from the title of the notification of the crops by the Authority that the notification is for “the extant and farmer’s variety”. The impression one gets is that the notification is meant for registration of extant variety under section 14(b) read with section 15(2) and farmers variety under section 14(c) read with section 39(1)(ii). This is further strengthened if one scans through the three categories included in the list of certificates issued by the Authority – new, extant and farmers’ variety. An examination of the list of certificates issued under extant variety shows that it covers only notified variety and VCK. There is no farmer’ variety included in the category of extant variety. If the Authority registered farmers’ variety which is an extent variety, it would have used “Extant (FV)” to indicate the same similar to what it used to denote “Extant (VCK)”. Hence it is apparent that farmers’ variety has been registered under section 14(c) as a separate variety.

Thus, notification of crops and fixing the time limit for registration is one of the strategies used for helping seed companies at the expense of the farmer. If the crops are not notified, then the farming community is not in a position to file an application. Similarly if the farming community fails to register their varieties within the time limit, then there is no protection under the Act. It is a foregone conclusion that given the social, economic and cultural back ground of the farming communities in India all the existing farmers’ variety envisaged in the definition are not going to be registered within this time limit. Hence the failure of the Authority to notify a crop and failure of the farming community to register their variety that are notified within the time limit will result in making these varieties available free from any encumbrance to be freely used by the seed companies for creating new varieties and essentially derived varieties and claim IP rights. It is evident that the Authority is exploiting the confusion in the Act to create a free pool for seed companies to pillage and pick from. All at the expense of the farmer, whose interests were meant to be paramount under the PVP Act. Hence there is an urgent need to challenge these rules and notifications before the court of law to safe guard the long term interest of the farming communities of India.