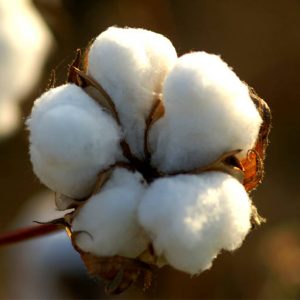 The Notice on Plant Breeders’ Rights (“Notice”) has opened a whole new can of (boll)worms! In this post, I hope to describe the following:

Monsanto’s BG Technology and its Dealings with Indian Seed Companies

Monsanto, an American agricultural biotechnology company, introduced Bt (Bacillus thuringiensis) cotton technology in order to increase the resistance of cotton seeds against the bollworm, a pest which has often posed a threat to the crop. There is no patent on the first generation of Bt technology, termed as Bollguard (“BG”) technology. Since cotton plants developed some resistance, Monsanto introduced Bollguard-II technology (“BG-II”), which provided for double-gene insect protection and obtained a patent for the same in many countries including India. They sub-licensed the BG-II technology to Indian seed companies and sold Bt Cotton transgenic seeds to them. The seed companies utilised them in order to breed hybrid cotton seed varieties resistant to bollworms.

Given the high demand for the price regulation of these costly seeds, multiple State Governments passed orders and sought to fix the seed prices including the “trait” value (a short hand term that refers essentially to licensing fees paid by seed companies to Monsanto for using its patented BG-II technology along with the associated ‘know-how’ and ‘trade secrets) at different rates.

Relying on the CSPCO, eight Indian seed companies demanded that Monsanto reduce their trait fees and they refused to pay their contractual dues. Monsanto responded by terminating their contracts and initiated arbitration proceedings to recover the contractual payments.

In 2016, the CSPCO was challenged before the Karnataka HC by the Association of Biotechnology Led Enterprises and Namdhari Seeds Pvt. Ltd. The court held that the Central Government had the power to fix the seed prices, including “trait value”. The Ministry of Agriculture also released the “Licensing and Formats for GM technology Agreements Guidelines” in 2016. These guidelines required patentees such as Monsanto to provide access on fair, reasonable and non-discriminatory (FRAND) terms to seed companies. The government however withdrew these guidelines later.

Monsanto recently received a favourable award in its proceedings against Nuziveedu Seeds Ltd. and one of its affiliates, Prabhat Agri Biotech Ltd for recovery of their contractual dues. Further, in March, the Bombay HC ordered Nuziveedu to deposit a sum of Rs. 138 crores in the Court towards payment of such dues.

All About the Notice on Plant Breeders’ Rights

The Notice relies on Section 28 of the PPVFR Act which confers IP rights on registered breeders to produce, sell, market, distribute, import or export the variety. It states that the sale and the sale price fixation can now be done only with the authorization of the registered breeder/agent/licensee.

The current procedures for fixation of sale price of seeds and trait value fees are governed by the Seeds Act, 1966 and the Essential Commodities Act, 1955. The Notice states that such price fixing procedures are now to be brought within the ambit of the PPVFR Act, instead. The process of seed certification is to be continued, however, as provided under the Seeds Act. Note here that the PPVFR Act does not extend to plant varieties not registered under the Act. Hence, the changes to be brought about in price fixation and trait value fixation procedures will only be done in case of registered plant varieties.

The Notice further mandates that Rule 36A must be followed. This provision was added to the PPVFR Rules when they were amended in 2012 and it requires the breeder to make registered plant varieties available to farmers at “reasonable market prices”. The Notice finally touches upon the non-obstante clause under Section 92 of the Act which states that the Act shall have overriding effect over any other provisions to the contrary, in any other law.

Can both the Patent Act and PPFVR Act apply?

Before I proceed to discuss the apparent conflict between the aforementioned legislations, it is essential to gain an understanding of the two different types of IP protection applicable in the present scenario. Monsanto’s patent is directed towards a method for creating a transgenic plant i.e., a nucleic acid sequence found in the micro-organism Bt, which when injected into plants, aids them in developing resistance to insects such as the bollworm. These genetically modified crops or plant varieties, incorporated with the Bt trait, can then be classified as transgenic plant varieties and be registered and protected under the PPFVR Act by their breeders (the Indian seed companies) if they satisfy the NDUS criteria (Novelty, Distinctiveness, Uniformity and Stability) given under the Act.

The issue of the conflict between the Patents Act and the PPFVR Act was first brought into the limelight in 2017 when Monsanto instituted a patent and trademark infringement suit in the Delhi HC against various Indian seed companies for not paying the contractually determined trait fees. In the interim order passed by the Single Judge, they refused to rule on patent validity at interim stage and instead, delved into whether the PPVFR Act was applicable. Section 2(za) of the PPVFR Act was cited, which states that “variety” refers to a “plant grouping”. It was stated that since the statute doesn’t throw further clarity on this term, one could refer to the explanatory notes on the definition of variety under the 1991 Act of the UPOV Convention (International Convention for the Protection of New Varieties of Plants). The definition of “plant variety” provided therein excludes disease resistant trait or a chemical or other substance like DNA or a plant breeding technology. It was hence concluded that Monsanto’s patented invention could not be classified as a plant variety since the patent was merely directed to a gene/trait.

The matter was then appealed to a division bench of the Delhi HC in 2018. In its ruling, they held that the patent was invalid under Section 3(j) of the Patents Act. Section 3(j) excludes “plants and animals in whole or any part thereof other than micro-organisms but including seeds, varieties and species and essentially biological processes for production or propagation of plants and animals”. It was further stated that Nuziveedu and its subsidiaries had applied for IP protection for all their Bt. Cotton Plant varieties under the PPVFR Act. The Court, in its order, observed that Section 2(za) of the Act included “transgenic variety”, and hence, the same could apply to Bt cotton plant varieties. The Court observes the following:

“…it is held that the learned single judge’s conclusion that the PV Act and the protective mechanism was an option, or alternative, which Monsanto could possibly have resorted to, in addition to patent protection, under the Patents Act, is incorrect. These two systems are not complimentary, but exclusive, in the case of all processes and products falling under Section 3 (j) of the Patents Act. Nuziveedu’s contention with respect to patent exclusion, therefore, succeeds. The court at the same time realizes that the patent granted to Monsanto has stood all this while. Given these factors, it is held that Monsanto is at liberty to claim registration under the PV Act, with the benefit of its filing the patent application, as far as the date of filing and for purposes of Section 15 of the PV Act.”

This decision of the Division Bench was further appealed in the SC in 2019. Arguments regarding the applicability of the PPVFR Act were raised before the Court. The SC held that the Division Bench should not have summarily invalidated the patent without a trial. The Court correctly did not delve into the applicability of the PPVFR Act and other arguments brought forward and left all such questions of law and fact open. Since the Supreme Court set aside the judgment of the Delhi HC Division Bench and remanded the matter to the trial court, Monsanto’s patent claim currently remains undecided.

In his analysis on the Delhi Division Bench’s 2018 decision, Prashant pointed out the inadequacy of the claim construction done by the Court and its failure to identify the invention correctly. He also pointed out flaws in the Court’s validity analysis. The Court concluded that once the Bt technology was incorporated into a plant, the resultant transgenic plant could no longer be protected under the Patents Act and had to be registered under the PPVFR Act to receive IP protection. As Prashant correctly pointed out, the patent claim is directed to a genetic sequence, not the plant. Hence, the issue of the clash between the PPVFR Act and the Patents Act should not have arisen in the first place itself.

To sum up, we can refer to Prof. Basheer’s opinion on this issue: “This new plant variety registration, however, does not extinguish Monsanto’s upsteam patent rights. Neither does the patent right override the plant variety protection. They co-exist. As such, seed companies cannot commercialise their hybrids without a patent licence from Monsanto, in much the same way that Monsanto cannot sell or distribute these hybrids without permission from the seed company.”

In a follow-up post, I’ll be examining the power to monitor prices of seeds and the multiple Authorities in which such power is vested in.