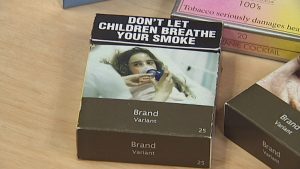 In Part I of this two-part guest post on the WTO Panel Report in the tobacco plain packaging dispute, Adarsh argued that the Panel didn’t get everything right in holding that the Tobacco Plain Packaging Measures (TPP measures) do not violate the TRIPs Agreement and discussed three points on which he believes the Panel went wrong. In Part II of the post below, he argues that the Complainants also didn’t raise all the right arguments and missed some important ones.

Some Reflections on the WTO Panel ruling in the Plain Packaging Dispute: Pulling the Rug from under Your Legs and Missed Opportunities – Part II

In this part, I will cover the point where the Complainants went wrong, regarding Article 16.1. This provision states –

“The owner of a registered trademark shall have the exclusive right to prevent all third parties not having the owner’s consent from using in the course of trade identical or similar signs for goods or services which are identical or similar to those in respect of which the trademark is registered where such use would result in a likelihood of confusion. In case of the use of an identical sign for identical goods or services, a likelihood of confusion shall be presumed. The rights described above shall not prejudice any existing prior rights, nor shall they affect the possibility of Members making rights available on the basis of use.”

The Complainants’ argument on this claim was that by prohibiting certain trademarks from being used on tobacco products, the measures result in a reduction in the trademarks’ distinctiveness. This then branched into a two-fold argument:

– the erosion in distinctiveness measures reduce the universe of “similar” signs against which enforcement action can be initiated;

– the erosion in distinctiveness reduces trademark owners’ ability to prove “likelihood of confusion”.

The Panel interprets this argument as one relating to the reduction in the instances of infringement and rejects that this amounts to a violation of Article 16.1 (among others, in paragraph 7.2000). , The Panel holds that the TRIPS obligation is to provide remedies if there is a likelihood of confusion. The creation or maintenance of the factual circumstances that would result in such “likelihood of confusion” is not an obligation under the TRIPs Agreement, according to the Panel. Therefore, by reducing the instances where a likelihood of confusion arises (factually), a member does not violate Article 16.1.

The problem with the Complainant’s argument is actually factual. Imagine the following matrix:

As for the third instance above, though I cannot guarantee this, intuitively, I do not see how a registered non-word sign for tobacco products could be infringed by a third party using a word mark on tobacco products (as mandated by the measures).

It is the last two instances in the above matrix that bother me. The real question is whether a registered non-word sign could be infringed by use of an identical or similar sign in “similar” goods not covered by the TPP measures. The answer is ‘yes’. Traditionally, what would constitute “similar goods” involves an assessment of several factors, such as whether they are sold in close proximity, through the same channels of distribution, whether retail customers would automatically associate the marks on these different classes of goods. Take, for example, lighters, matches, and pipes. They are more than likely to be considered as “similar goods” and many more can be imagined. What if an accused infringer uses a registered non-word sign (registered for tobacco) on such “similar goods”? Assuming they are similar goods, that would be an act of infringement and the trademark holder may stop the same under Article 16.1. The ability of a trademark holder to prove likelihood of confusion in such cases is seriously eroded because of the TPP measures – the non-use of the non-word sign by the proprietor on tobacco products for a sufficiently long time would reduce the likelihood of confusion among consumers on the products being from two sources.

The last two instances are the strongest points under Article 16.1. Perhaps, I missed this, but I do not see the complainants having pressed such an argument. But the nature of the argument is highly factual and hypothetical. Whether the WTO Panel would have considered this to be sufficient to declare the law itself as incompatible, however, remains a question.

In any case, at least Honduras has preferred an appeal to the WTO Appellate Body, but in the context of the points discussed here, the appeal relates to only Article 16.1 and not Articles 16.3 and 15.4. One would have to wait and see how the appeal progresses.