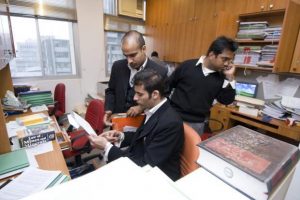 The issue of foreign law firms allegedly defying SC instructions in their practice in India was recently brought into attention by a complaint filed by Sumit Sinha, an advocate on record. The complaint was filed before the Bar Council of India, the Controller General of Patents, Designs and Trademarks and other authorities. It identified certain foreign law firms namely Zacco, Abu Ghazaleh, Mirandah Asia, United GIPS, Clydes and Anderson Global. Notably, all these firms have some sort of local presence in India i.e., either they have offices in India or a collaboration/association with an Indian firm. It is alleged that the patent office and the trademark registry accepted vakalatanamas from these firms and communicated with them.

Foreign lawyers and firms can practice in India only after compliance with the relevant laws and rules of registration. Sections 7(1) and 47 of the Advocate Act, 1961 recognise the principle of reciprocity i.e., nationals of another country can be admitted as an “advocate” under the Act only if the same is allowed for Indian nationals in that country. Further, Section 49 gives the Bar Council of India the power to prescribe rules for admission of persons other than Indian citizens as advocates in India. (These rules for can be found in the 2016 Bar Council Rules.)

The debate over foreign lawyers and law firms practicing in India was first addressed by the judiciary in the 2009 Bombay HC decision in Lawyers Collective v. Indian Bar Council which held that the RBI was not justified in allowing foreign law firms to open liaison offices in India since these entities were not allowed to practice the profession of law in India unless and until they complied with the relevant provisions of the Act and Bar Council Rules. It also considered the question of whether a person needs to be registered as an advocate under the 1961 Act for practicing in non-litigious matters (matters which deal with drafting documents, advising clients etc. and differing from litigious matters such as acting and pleading on behalf of client before Court or any other authority). It delved into the interpretation of Section 29 of the 1961 Act for the same and held that the provision required persons practicing both litigious and non-litigious matters to be registered as advocates. The debate was continued by the Madras HC in 2012 in A.K. Balaji v. The Government of India where they held that although foreign law firms and lawyers could not practice in India, there is no bar for them to enter India on a “fly in and fly out” basis to conduct arbitration proceedings and to advise clients on matters of foreign or international law. The matter was then appealed to the SC and the Court mostly reiterated the Madras HC ruling in its decision in Bar Council of India v. A.K. Balaji, albeit with certain modifications and stated that foreign players could “fly in and fly out” only on a “casual basis” and that foreign lawyers had “no absolute right to conduct arbitration proceedings in respect of disputes arising out of a contract relating to international commercial arbitration”.

Coming back to the complaint: The main issue here is that the patent office and trademark registry are allowing these foreign firms to file vakalatnamas. Vakalatnamas are documents by which an advocate is empowered to appear or file pleadings before a court, tribunal or any other authority and to act on behalf of their client. Allowing these law firms to file vakalatnamas would practically tantamount to allowing them to practice in litigious matters in India, thereby overlooking the SC instructions in this regard. Hopefully, the allegations in this complaint will be properly addressed by the concerned authorities and investigation will be conducted to examine the veracity of such allegations. In any case, care should be taken by Indian IP law offices to ensure compliance with the SC ruling in such matters.