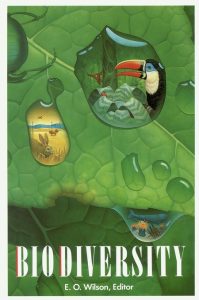 Earlier this year, a group of primarily Indian scientists stirred a pot a bit when they published a piece in Science on how the Convention of Biological Diversity (CBD) is a ‘cure’ that ‘kills’ because it has made biodiversity research quite complicated. The argument put forth by these scientists is that the CBD was inspired by unrealistic expectations regarding the commercial value of their biological resources and that the fences erected by national legislation (in pursuance of the CBD) have made it prohibitively difficult for scientists, especially taxonomists to document biological species that are going extinct at a startling pace. According to them, countries like India are particularly impacted because national legislation like the Biological Diversity Act make collaborative research between Indian and foreign researchers much tougher because foreigners cannot access Indian biological resources without an elaborate set of permissions from the government. There are certain exemptions for collaborative projects but even those exemptions involve some red tape. This means that talent and resource strapped Indian research institutes find it much tougher to collaborate with foreign institutes.  The Science piece ends with a call for policy makers to do something about the CBD so that scientists can discover, document and conserve biological resources. Their critique has not gone down very well with environmental activists in India who wrote a response in the Economic and Political Weekly accusing the scientists of the piece in Science of “hubris” – an unfair accusation in my opinion.

As I explained in an earlier post, the reason we end up covering the Biological Diversity Act on SpicyIP is because the current design of the legislation is influenced by the concerns of plant/biological resources based inventions being patented by foreigners to the exclusion of Indians. These could be innovations such as the Jeevani drink in the Kani tribe case or the RiceTec case where basmati seeds from India became the source of a new crop in the US that could potentially compete with basmati exports from India.

In my opinion, the key to understanding policy debates is to trace the history of any particular issue and interrogate the cause and effect of the policy under debate. Towards this end, I wrote a long article that was published in the Intellectual Property Quarterly (IPQ) on whether India has simply lost the plot on the issue of access to plant genetic resources meant for food and agriculture. I think it is necessary to understand this issue in context of food and agriculture because it is this debate which mutilated into the CBD.

The debate on plant genetic resources kicked off post World-War II, when scientists raised the red flag on dwindling plant genetic material due to development activities and more farmers adopting the same seed type across multiple jurisdictions. This led to the disappearance of several local varieties. The disappearance of these varieties was deemed hugely problematic from the standpoint of food security and agricultural innovation because these local varieties can have natural resistance to certain pests or certain other qualities that are the result of centuries of natural evolution.

The international response to dwindling plant diversity was to start building seed banks by collecting seeds from several different jurisdictions. There was apparently a time when the US Department of Agriculture used to fund plant and seed collecting expeditions across the world. Around the late sixties, the United States and Europe also started enacting new IP legislation aimed at protecting plant innovations. The prospect of proprietary plants under IP legislation caused concern amongst developing countries because most of the plant genetic material being collected by the US and EU came from developing countries.

Questions were also raised about the ownership over the massive international seed collections by the Consultative Group on International Agricultural Research (CGIAR) which was the umbrella group that funds the 11 biggest international agricultural research centres (IARCs) like IRRI, ICRISAT, CIMMYT etc. These centres were setup by the World Bank and international philanthropies like the Rockerfeller and Ford Foundations with the aim of creating international research for major food crops across the world. These centres were inspired by the success of the Green Revolution and the prospect of a world where food security could be assured through well-funded research. The World Bank worked hard to keep these centres outside the UN system because of an understandable allergy towards the lethargy of international governmental organisations. As a part of their research activities these centres had accumulated huge seed banks which were built through contributions and collections from mainly developing countries.

When the IP issue became of a concern, developing countries tried to force a resolution at the Food and Agriculture Organisation (FAO) in 1981, called the International Undertaking on Plant Genetic Resources. The language in this International Undertaking wanted all plant genetic resources, including those protected under national IP legislation, to be declared as the “common heritage of mankind” freely accessible by all countries. The most powerful developed countries – Canada, France, Germany, Japan, Switzerland, UK and the US opposed this demand because it would involve depriving their citizens of property rights under their national legislation. They also opposed the demand to shift control of the seed banks with 9 IARCs to the control of the UN. In the decade the followed activists like Pat Mooney began their high decibel advocacy about seeds, agricultural and biodiversity. (Read this book by Kloppenberg for an excellent history of these movements and the history of the biotech industry). It did not take much for left leaning activists to draw analogies to colonialism by pointing out how developed countries were ‘plundering’ raw materials (biological resources) that would be processed and sold back to the ‘natives’ at a higher price (in the form of pharmaceutical drugs or seeds). The fact that the US was imposing a global IP regime on developing countries through TRIPS added fuel to the ‘biopiracy’ behaviour because it now meant that MNCs could protect their IP even in developing countries.

For reasons that are not clear scientists were not very vocal in their advocacy against the CBD in 1993 when it was concluded. However, given the relatively strong lobby of international agricultural research centres which owe their existence to the seamless sharing of plant genetic material across borders, they were quick to take steps to counter the CBD. The solution came in the form of the International Treaty on Plant Genetic Resources for Food and Agriculture (ITPGRFA) which basically put 64 common food crops into a common pool that could be shared across borders after the signing of a material transfer agreement that contains few restrictions on how the material can be used. In case the plant genetic material is the source of a new variety that is being protected under an IP law, the recipient is encouraged to make a payment into a common fund established under the treaty. This fund is used to fund research projects in different countries. This is a far cry from the benefit sharing mechanism envisaged by the CBD or the Nagoya Protocol where developing countries or their citizens are to benefit monetarily from the practise.

India has signed the ITPGRFA and the Ministry of Agriculture issued a series of notifications to exempt certain food crops from the ambit of the Biological Diversity Act. I think only 9 crops have been notified as of now but technically the Ministry of Agriculture could exempt all 64 food crops that part of the ITPGRFA. The Biological Diversity Act however still causes chaos for a large number of other biological resources not exempted by the ITPGFRA.

A few months ago, I spoke to Advocate Sunita Sreedharan who represents a fair number of clients facing legal threats under the Biological Diversity Act and as per her information, a large number of businesses are facing unjustified legal threats from state level biodiversity boards. In one case there was apparently a raid on the premises of a company by forest officers who man the biodiversity board – despite the fact that the law does not give them the power to carry out raids for offences under the Biological Diversity Act. The list of companies at the receiving end includes the herbal products industry, paper manufacturers and the alcohol industry. That these companies are at the receiving end is rather strange for the reasons I explained in an earlier post – the Biological Diversity Act is supposed to apply in cases where a company researches on a biological resource to extract some compounds/oils and make a value added product. Pulping trees into plants or making beer out of barley does not count as commercial utilisation under the Biological Diversity Act. In one absurd case in Madhya Pradesh, someone tried to argue that coal would count as a biological resource and that the proceeds of coal mining would be subject to benefit sharing under the Biological Diversity Act. It is therefore not surprising when such enforcement actions are challenged before courts. As of now the litigation against the state level enforcement of these law is taking place before the High Courts at Bombay, Uttarakhand, Himachal Pradesh, Allahabad and the National Green Tribunal in Delhi.

The Biological Diversity Act is not a case of a good idea that is poorly implemented. The legislation itself is a disaster in that it has opened the door to arbitrary enforcement action. The government should consider repealing it. Anybody arguing in favour the legislation needs to provide evidence of its success in at least one case over the last 16 years. To the best of my knowledge there has not been a single case where a community or group of people have received any monetary benefits under the benefit sharing provisions of the law. In the meanwhile, essential scientific research is also being severely impacted. If literally nobody is benefitting from this law apart from corrupt bureaucrats, why do we still have it on the statute book?