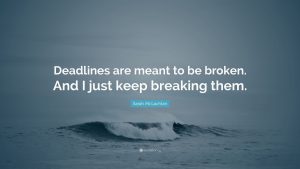 Some of you may be wondering as to what happened to the patent working PIL filed in 2015. As noted in the last post, the Delhi High Court had disposed of the petition in April last year, directing the Government to complete all steps towards effectuating necessary amendments to optimise the patent working provisions; and all to be completed within strict timelines. It also asked the Government to place a report before it upon completion of this exercise.

As per its undertaking, the Government had agreed to publish the amended version of Form 27 as approved by the competent authority (DIPP) on or before July 6 last year. However, it has not done so till date. Nor has it held any further consultation on the subject. The Petitioner (through his counsel) made repeated enquiries to the Patent Office on the status of this exercise, but never received a response.

All of this demonstrates a deliberate disregard for binding directions issued by the Court. More egregious is the fact that in the interim, the Government did see it fit to effectuate other proposed amendments to the Patent Rules. These draft amendments were published last month but they do not make any mention of Form 27 or patent working, despite clear directions from the Court.

Concerned with this blatant contempt of a court order, the Petitioner filed an application on 7th January, bringing this deliberate delay to the notice of the court and seeking appropriate directions. The matter came up for hearing on 9th January and the Court directed the Government to file a status report in 3 weeks’ time. The next date of hearing is 15th February, when the Court will consider the said report.

The matter was argued by Sai Vinod on behalf of the Petitioner. Amit Mahajan represented the Government.

A copy of the application as filed by the Petitioner, can be viewed here and a copy of the order here. All our previous posts related to this matter can be found here.