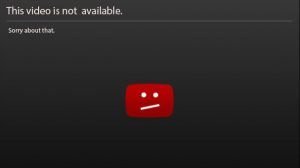 In a major development in the European Union with repercussions for the internet at large, the European Parliament, the Council of the EU and the European Commission on February 13, 2019, agreed upon the final text of the new EU Copyright Directive.

While the text of the new rules has not yet been released, and they are yet to be officially confirmed by the parliament and council, a press release by the European Commission stated that a political agreement was reached between the three bodies after significant negotiations and obstruction, meaning that the new Copyright Directive is much closer to becoming a reality.

Prarthana wrote about the proposed changes to the EUCD when it was in its nascent stages, and as the new directive takes a step closer to fruition, its an apt time to reexamine the new form of the directive and its implications.

The ostensible purpose of the new proposed directive is to modernize copyright rules for the digital age, across the EU, as part of its Digital Single Market strategy. In particular, the commission notes the need to increase protections of digital works. The impetus for this appears to be the persistent adage of a ‘value gap’ which exists due to the internet, where rightsholders allege unfair bargaining by platforms which host third-party content and gain financially from exploiting the works of rightsholders.

These proposals have been controversial and have been heavily criticised for their potential impact on information and culture online, even though the EU Commission hit back in a blog post, calling critics a ‘mob’ or describing opposition as bots (The blog post was later removed, high drama!). The criticism centres around two proposals:

The intended targets of Article 11 appear to be services like Google News or similar services which provide ‘snippets’ of the news content as part of the hyperlinks provided for its access. This could also potentially impact features like expanded hyperlinks on social media like Facebook or Twitter. The requirement for a license for all of such services might force platforms to scale down this feature. This is somewhat reminiscent of landmark cases in Google v Perfect 10, both in the EU and in the US, where Google’s use of copyrighted images for thumbnails was upheld as non-infringing use. This requirement, however, shifts the balance to publishers as far as news is concerned, and is particularly concerning because it also protects purely factual descriptions of news content, including those not covered by copyright.

Article 13 is even more concerning, as has been aptly summarized by Prarthana, here. I also wrote about the concerns of automated filtering requirements in the context of the recently proposed draft intermediary liability rules in India. As explained in detail in this paper by the Max Plank Institute, Article 13 uses language which is both vague and which is incompatible with existing legal interpretations of the liability of specific types of intermediaries for online content. In particular, the extension of safe harbour conditions to the content covered under Article 13 obligations is unclear, leaving the precise liability of platforms under Article 13 uncertain.

Enforcing monitoring and filtering obligations for platforms on copyrighted content has the potential to significantly hamper freedom of speech, access to information and culture online. In imposing privately determined pre-censorhip regime for all digital content, online intermediaries (‘in cooperation with rightsholders’), and opaque and imperfect algorithms become the determinants of the balance between copyright protection and access to knowledge, a fine balance supposed to be maintained by public institutions like laws and courts.

More broadly, the proposed EU Copyright Directive is another instance of the changing nature of internet regulation in Europe (and elsewhere), as lawmakers struggle to deal with the concerns posed by large tech platforms and their roles as mediators of speech, and seek to redefine boundaries between these platforms and other stakeholders. However, while concerns such as those of artists and authors not being duly compensated are critical to address, imposing restrictive requirements on the ability to share content, and placing the responsibility for a vibrant online cultural sphere on private companies and the use of imperfect content removal tools is far from a viable solution or compromise. While it appears that the new directive will see light of day, there is still a glimmer of hope that the directive will fail the upcoming vote of the European Parliament.