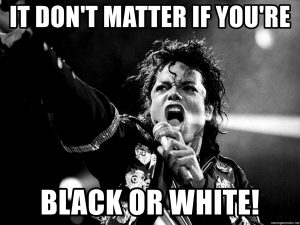 In a country where a person’s beauty is usually based on the melanin content in one’s skin, products promising fairness and “even skin tone” are abundantly available in the Indian cosmetics industry, most of which target the fairer sex (pun intended) as their main customer base. Lately, however, the Indian cosmetics industry has been acknowledging changing gender roles and the  shift from traditional perceptions of masculinity and femininity by introducing beauty products especially targeted towards men, including fairness products. A recent order from the Delhi HC brings this trend to the forefront.

This is not the first instance of bad blood between Hindustan Unilever Limited (“HUL”) and Emami. Previously, HUL had  brought a complaint in the ASCI (Advertising Standards Council of India) against Emami’s fairness campaign for its Fair and Handsome mens’ fairness brand variants, which was later rejected by the Council. HUL had also aired an advertisement depicting consumers’ confusion about their product, “Men’s Fair and Lovely” and Emami’s product “Fair and Handsome” and how their product was original and Emami’s product was “doosra” (secondary/fake). The Court granted an injunction in favour of Emami and restrained HUL from circulating and displaying the ad.

In the present case, HUL brought a suit against the defendant, Emami, praying that the latter be restrained from telecasting a commercial which allegedly disparaged HUL’s product “Fair and Lovely”. In the impugned advertisement, a man is jeered at by another for using a “pink fairness cream” intended for women. He is then introduced to Emami’s Fair and Handsome cream and is told that such a cream would be prove to be effective for men’s “tough skin”.

HUL claimed that though its product “Fair and Lovely” was mainly intended for women, both men and women were using it. The product is encased in a pink and white tube and displays a “dual face device” (a logo depicting  person’s complexion before and after using the product). HUL claimed that the impugned advertisement clearly referred to their product and disparaged it by undermining its effectiveness on men’s skin. Since both the creams contained the main active ingredient “niacinamide” (a skin lightening agent), HUL argued that it was false to state that their product would not have the desired effect on men’s skin.

On the other hand, Emami pointed out that HUL had admitted on their website that different skin products were required for men due to the differences in skin of men and women and this ran contrary to their arguments in the present case. They argued that they only stated the truth, which could not amount to disparagement. They also argued that they did not refer to HUL’s product in any way. They further stated that the entire intent of the advertisement was to inform male consumers that fairness creams intended for female consumer were not effective for men.

The Court then states that Emami correctly pointed out the contradiction in HUL’s stance regarding the need for separate fairness creams for men and also pointed out that HUL too had a separate fairness cream for men. It then focused on the intent of the advertisement to highlight the need for such separate products for men and concluded the same could not amount to generic disparagement.

It has to be noted here that there is a thin line between comparative advertisement and disparagement. Comparative advertisement refers to advertisements which compare goods/services of one trader’s with those of another. On the other hand, disparagement means “to speak of slightingly, undervalue, to bring discredit or dishonour upon, the act of deprecating, derogation, a condition of low estimation or valuation, a reproach, disgrace, an unjust classing or comparison with that which is of less worth, and degradation”. Disparagement is often considered as a branch of defamation law.

Generic disparagement can take place even if there is no direct reference to the product of the plaintiff and only a reference is made to the entire class of products in its generic sense (in which plaintiff’s product lies). It has further been held that nobody could disparage a class or genre of a product within which a complaining plaintiff falls and raise a defense that the plaintiff has not been specifically identified. In order to determine disparagement, one needs to look into “(1) intent of the commercial (2) manner of the commercial (3) story line of the commercial, and (4) the message sought to be conveyed by the commercial.” Comparative advertising will amount to disparagement if there is “(a) a false/misleading statement regarding the goods, (b) that deceived consumers and (c) was likely to influence consumer behavior“.

Going back to the facts of the present case, HUL’s claim of general disparagement was based on the fact that its product “Fair and Lovely” came within the class of “fairness creams for women” and hence appeared be targeted by Emami. The Court, however, looked into the other above-mentioned factors of disparagement such as  the commercial’s manner, story-line etc. and correctly came to the conclusion that the advertisement merely sought to claim that women’s fairness products would not be effective for men due to the difference in the skin of men and women.

There are certain confusing aspects of the judgment, however, which need to be considered: