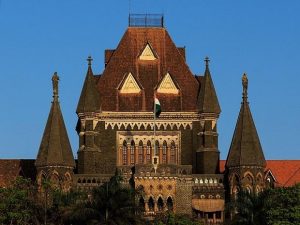 As per a notice dated November 6, 2019, the Bombay High Court had directed that all urgent mentioning for ex-parte ad-interim applications in IP matters will be held in the chambers of the judge, from November 7, 2019. As per the notice, the matters allowed to be circulated after the in chamber hearing, will be placed on the ‘production list’, which will be heart at 11:00 am on the assigned date. This procedure had been adopted on the directions of Mr. Justice SJ Kathawala, who at the time held the IP portfolio in the Bombay High Court’s roster or ‘sitting list’. The notice was valid until November 11, 2019, when there was a change in the sitting list and the IP matters were reallocated to Mr. Justice Gupte.

For those unfamiliar with the Bombay High Court’s procedural terminology, this notice meant that in cases where a petitioner is seeking ‘urgent’ ex-parte ad-interim relief in any matter classified as an IP matter, they will make a ‘mentioning’ in the chambers of the judge (and not in open court), at 10:30 am. If the party convinces the judge of the urgency of the matter, the application for ad-interim relief will be taken up for hearing at 11:00 am. However, that the matter is taken up for hearing will not be made known to the public or to the defendants. Matters taken up for production are as a rule published prior to the hearing, in order to allow the defendants to be present and to state their case before an adverse order is passed against them.

The reasons for such a direction are not listed on the notice itself. As per a Mumbai Mirror report, the notice is meant to serve the purpose of ‘maintaining secrecy’ and ostensibly to discourage the defendants to oppose a petition made against them. As per the report, providing notice to defendants prior to seeking relief against them ‘frustrates the purpose of applications’ and enables defendants to dispose of infringing material prior to any adverse order being passed.

The explicit endorsement of ex parte hearings and relief by the Bombay High Court stands contrary to accepted principles of civil procedure, as well as guidelines on ex parte injunctions which have been issued by the Supreme Court as well as other High Courts. As noted in the Mirror article, this is particularly glaring in contrast to the position adopted by the Delhi High Court which in May, 2019, came down on the practice of ‘defendant masking’ adopted by plaintiffs, where plaintiffs were filing cases without naming the primary defendant as the first defendant, in order to prevent defendants from taking note and making an appearance for stating their case.

We have time and again highlighted on this blog the problematic nature of ex parte ad interim injunctions, particularly in complex IP disputes, and given that injunctions once obtained can be difficult to vacate, often taking years for the same. Under the Code of Civil Procedure, ex parte hearings proceedings are an exception only in cases where a validly served summons to the defendant is not complied with. In fact, non-service of summons is a ground for the vacation of an ex parte ad-interim order passed against a defendant under O. IX R. 13. According to the Supreme Court, ex parte injunctions should only be granted in exceptional cases, taking into consideration factors including:

‘(a) whether irreparable or serious mischief will ensue to the plaintiff.

(b) whether the refusal of ex parte injunction would involve greater injustice than the grant of it would involve;

(c) the court will also consider the time at which the plaintiff first had notice of the act complained so that the making of improper order against a party in his absence is prevented;

(d) the court will consider whether the plaintiff had acquiesced for sometime and in such circumstances it will not grant ex parte injunction;

(e) the court would expect a party applying for ex parte injunction to show utmost good faith in making the application;

(f) even if granted, the ex parte injunction would be for a limited period of time.

(g) General principles like prima facie case, balance of convenience and irreparable loss would also be considered by the court.’

The procedure adopted (which thankfully now stands revoked) by the Bombay High Court seems to presume the validity of the plaintiff’s case without hearing the other side. If, as reports suggest, the procedure was adopted to prevent destruction of evidence by unscrupulous defendants, there exist separate and appropriate civil and criminal remedies for preventing the same, which do not amount to an adverse presumption against the defendant’s prior to a hearing and are not contrary to the defendant’s right to a hearing and the public interest in open court proceedings.