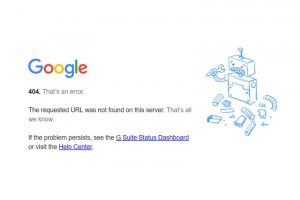 In its judgement in Google India Pvt. Ltd. vs M/s Visakha Industries, delivered on December 10, 2019, the Supreme Court denied to quash defamation proceedings against Google for its failure to expeditiously remove allegedly defamatory material from its ‘Google Group’ service.

Google, the appellant company, offers a service known as Google Groups, which hosts third party content posted by individuals. In July and November of 2008, two articles were posted on a Group called ‘Ban Asbestos India’, which allegedly contain defamatory statements linking the complainant, M/s Visakha Industries, a prominent asbestos manufacturer, with corruption charges. Visakha sent a notice to Google India, demanding the takedown of defamatory content (but not providing the URLs of the content), which was forwarded to Google Inc. for action. Google Inc. wrote back to the complainant asking for specific URL’s at issue.

Visakha then filed a criminal complaints against the administrator of the Group, as well as against Google India alleging criminal defamation under Section 499 of the Indian Penal Code (IPC) as well as conspiracy to commit an offence under Section 120B. Taking cognizance of the matter, the Magistrate at a Secundarabad Court who assumed jurisdiction issued a summons to Google India. Google subsequently filed a petition under Section 482 of the Code of Criminal Procedure, before the Andhra Pradesh High Court. The High Court rejected Google’s petition and Google subsequently appealed to the Supreme Court.

At the outset, it is important to note that no finding or judgement has been entered of Google’s guilt by any court so far. Section 482 of the CrPC provides for discretionary powers of the High Court to ‘secure the ends of justice’. The provision is frequently used to ask a Court to quash criminal proceedings or FIRs which are frivolous or without merit. The contours of this power have developed through judicial precedent, and essentially only permit a court to quash criminal proceedings in cases where it is prima facie apparent that no offence is made out or that the proceedings are frivolous and vexatious. In a matter under 482, therefore, determinations of fact are not entered into, only what is apparent from the record itself.

Moreover, this complaint pertains to an offence committed prior to the enactment of the amended Section 79 of the IT Act, which provides expanded safe harbour to any intermediary from liability under any law, subject to certain conditions. The unamended Section 79, however, only exempted intermediaries (or Network Service Providers) from liability for offences under the IT Act itself.

In light of this, the following issues were framed by the Court:

(1) First, whether Google India was the relevant intermediary, since the control over the Groups feature was with Google Inc., a US corporation which had not been impleaded.

On this count, the Court held that it could not interfere because the question of control and the relationship between Google India and Google Inc., for the purposes of determining the actual responsible party under criminal proceedings was a disputed fact which could not be adjudicated under a Section 482 petition. Therefore, the Court left this issue to be argued and tried at the appropriate stage.

(2) Second, whether Google could avail of intermediary safe harbour for defamation under Section 79 of the IT Act.

The Supreme Court held that since the complaint was filed and cognizance of the matter was taken prior to the substitution of Section 79 with the expanded scope of safe harbour, the adjudication of intermediary liability needed to be done as per the unamended Section 79

Google argued exemption under the unamended Section 79 on the basis of the Sharath Babu case before the Supreme Court, where the criminal charge of obscenity had been made against an intermediary, both under the IT Act as well as under IPC. The Court held that because the IT Act was a latter and a special enactment which specifically covered obscene publication of electronic material, it would apply over and above provisions of the IPC. Further, since Section 79 exempted the intermediary from any liability under the IT Act, there was not further cause of action under the IPC.

The Supreme Court in Visakha distinguished the above from the facts at hand, stating that since there was no special provision under the IT Act that dealt with criminal defamation, the special provisions of the IT Act would not apply to the exclusion of the IPC. Therefore, criminal defamation in the present matter would have to be adjudged under Section 499 of the IPC, and Section 79 of the unamended IT Act would not apply to the facts of this case.

(3) Third, and most importantly, whether Google could in any event be foisted with liability for criminal defamation, as an aggregator or host of an online service.

This is perhaps the most significant development by the Supreme Court, both for intermediary liability specifically as well as for criminal defamation jurisprudence more generally. The question was whether Google’s actions meet the standard of ‘publication’ required under Section 499 of the IPC. Relying upon the decisions of English courts, particularly on Byrne v Deane, the Court held that the relevant test for a criminally defamatory publication was ‘whether the defendant really made himself responsible for its continued presence in the place where it has been put?’. The Court in Visakha went on to state the law on the subject of intermediary liability for criminal defamation as follows:

“…In other words, there may be publication within the meaning of Section 499 of the IPC even in the case of an internet operator, if having the power and the right and the ability to remove a matter, upon being called upon to do so, there is a refusal to do so.”

Where Now for Intermediary Liability?

The key practical takeaway from the judgement are these:

First, in complaints on criminal defamation filed prior to the substitution of Section 79 (that is, October 27, 2009), Section 79 does not offer any exemption from liability. This is also true for all offences not specifically traceable to a special offence under the IT Act.

Second, online intermediaries and service providers may be held to be the publishers of (and liable for) defamatory content under Section 499 of the IPC, if, having the ability and upon being called upon to remove such content, the intermediary refuses to do so. The scope of such power and refusal are a matter of trial – for example, whether the intermediary can demand specific URLs or not. Under the prevailing norm of intermediary liability under Section 79, however, such liability would be exempt, provided the intermediary acts upon a court order or the order of an appropriate government for removal of content.

Therefore, while the judgement may not have immediate consequences given the amended scope of Section 79, it is a crucial reminder that common law standards of criminal and civil law relating to liability for publication can easily extend to internet service providers, potentially resulting in the chilling effect on speech and overblocking, that the Supreme Court has itself warned against in Shreya Singhal v Union of India. The judgement takes us back to the infamous Avnish Bajaj case relating to obscene publications under Indian law and the imprisonment of the director of bazee.com, which in fact led to subsequently stronger intermediary safe harbour protections. It is also an apt warning, as impending regulation looms large over internet intermediaries, of the need to tread cautiously when upsetting online safe harbours and regulating online speech.