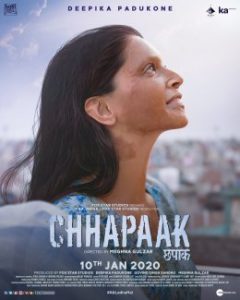 In an intriguing case last week, the Delhi High Court directed the makers of the film ‘Chhapaak’ to acknowledge the inputs by Aparna Bhat, the lawyer who represented the acid attack survivor whose life the film is based on, in the film’s opening credits. The decision came in an appeal against the interim order granted by the trial court. The Court noted that since the inception of the making of the film, the Defendants represented to the Plaintiff that her contribution would be acknowledged and thus under the doctrine of promissory estoppel, they were bound to give her credit for her role. Interestingly, the Court also observed (or at least seems to have suggested) that even otherwise, a person who makes any contribution to a work has a moral right to be recognized for it, although it left the question as to whether the Plaintiff would be entitled to such a moral right to be decided at a subsequent stage.

It is extremely unfortunate that after having provided such valuable assistance to the filmmakers without expecting any monetary compensation for it, the Plaintiff had to go the legal way to demand credit for it, when it’s something that one should do as a matter of ethics. However, it is important to ask if there exists a legal remedy for it in the first place. In this particular case, the doctrine of promissory estoppel was found to apply by the Court. However, in absence of any obligation arising under contract law, does a person who makes any contribution or provides any assistance in the creation of a work have a legal right to be (publicly) acknowledged for it? Or is it, at best, only an ethical obligation for one to make such acknowledgment? Before we delve into this question, let’s first look at the Court’s reasoning as to the application of the promissory estoppel principle in this case.

Promissory Estoppel Without a Promise or An Action on a Promise?

In order for the doctrine of promissory estoppel to apply, it is necessary that: (a) one party made a clear and unequivocal promise which is intended to create a legal relationship, and (b) the other party acted upon that promise and thereby, altered their position. Although the Court made a long analysis on the the first issue that whether the Defendants made any promise to the Plaintiff, it failed to examine the second issue that whether the Plaintiff acted upon the alleged promise and altered her position. Even its conclusion on the first issue that the Defendants did make a promise to the Plaintiff that her contribution will be acknowledged in the film is based on shaky grounds.

In reaching this conclusion, the Court relied upon the communications exchanged between the parties, particularly, an e-mail dated 17th November, 2018, the draft screenplay shared along with it and a letter dated 8th January, 2019, all of which only show that the Defendants acknowledged the Plaintiff’s contribution in making of the film and not that they promised to acknowledge it in the film. The Court, however, harped only on the former, suggesting conflation of the two. Although the draft screenplay shared with the Plaintiff indeed included her name in the credits, can it be considered to constitute a promise (that too, a ‘clear’ and ‘unequivocal’ one) that the same would be included in the final film? Couldn’t it have created, at best, a mere hope or possibility in the mind of the Plaintiff? Also, can it be said that the Defendants intended their words/conduct to create a legal relationship with the Plaintiff and knew or intended that it would be acted upon by the Plaintiff?

Even assuming that the Defendants’ words/conduct constituted a promise, did the Plaintiff act upon that promise and alter her position? The Court did not opine or even look into this question. The Plaintiff had been rendering her assistance to the Defendants since 2016 when she was first approached by them, whereas the e-mails and the draft screenplay that were relied upon by the Court (to hold that the Plaintiff was made a promise) were sent only in 2018. Can then the Plaintiff be said to have provided her inputs or in any other way altered her position based on the alleged promise made by the Defendants? One may argue that even if she initially provided her assistance gratuitously, she continued to provide her assistance (including reviewing the draft) after the alleged promise was made to her, only in reliance of that promise? But wouldn’t that be a mere assumption, as there’s nothing that indicates that she intended to otherwise discontinue her assistance or would have done anything differently?

Therefore, in my opinion, based on the facts laid out in the decision, neither of the two requirements of promissory estoppel, i.e. a promise, and an action on the promise and alteration of position, could be said to have been fulfilled in this case. The Court’s finding of promissory estoppel appears to be driven more by the sympathy towards the Plaintiff who provided her assistance without any monetary consideration, inexplicability of why the film makers didn’t acknowledge her contribution in the film despite unhesitatingly acknowledging so otherwise and even recognising it in the draft screenplay, and also the fact that many other contributors were acknowledged in the credits.

Right to Be Acknowledged for One’s Inputs without a Legal Basis?

Although the Court based its decision only on the principle of promissory estoppel, it also seems to have suggested that the Plaintiff had proprietary rights in the inputs that she provided to the Defendants and in absence of a contract vesting them in the Defendants, she at the least had a right to be acknowledged for them. The relevant part of the decision reads as follows:

“Since there was no contract vesting the Plaintiff’s contribution in the Producer/Director, she does have rights in the inputs that have been provided by her, including in the various scenes of the screenplay.

In the absence of a contract and payment of consideration, her efforts, skill and labour cannot vest with the producer completely gratuitously. She at least has a right to be recognized and acknowledged, to which the Producer/Director had willingly agreed since the beginning of the project.”

However, the Court explained neither the legal basis for such a right in one’s inputs nor the reason as to why one cannot let another use the inputs completely gratuitously. It further went on to look at the issue from a moral rights angle. In pertinent part, it noted:

“It is also the well-settled position in law that in order for any person’s paternity rights in any work to be recognised, a written contract is not required. The right of paternity is an integral part of the moral rights of a person who makes any contribution. Delving into the moral rights of an author, a ld. Single Judge of this Court in Neha Bhasin v Anand Raaj Anand & Anr. (2006) 132 DLT 196 recognized the right of the singer therein to be credited as the lead female singer as against just a singer. The question as to whether the Plaintiff would be entitled to such a moral right would have to be decided at a subsequent stage, after the pleadings are completed….The Supreme Court had the occasion to consider a case, under similar circumstances in Suresh Jindal v Rizsoli Corriere Della Sera Prodzioni
T.V. Spa and Others 1991 Supp (2) SCC 3…The Supreme Court held that even `some part’ that the
Plaintiff therein played in the film, deserves to be acknowledged.”

As we know, the Copyright Act, 1957 grants authors and performers a moral right to be acknowledged as the author of a work or the performer of a performance, as the case may be, which is independent of the exclusive/economic rights granted to them. However, does this right extend to persons who are not authors/performers but only provide assistance or make some contribution to a work/performance? The Court seems to have suggested so by noting that “the right of paternity is an integral part of the moral rights of a person who makes any contribution.” Again, however, it does not explain the legal basis for such a right.

Surprisingly, the SC judgment (Suresh Jindal v. Rizsoli Corriere Della Sera Prodzioni T.V. Spa and Ors.) that it refers to, also did not provide any legal basis for directing the Defendant in that case to acknowledge the Plaintiff’s contribution in making of the film in its ‘credit-titles’. The Court did not refer to any legal right of the Plaintiff that had been infringed by the Defendants or was sought to be enforced. It seems to have based its decision merely on perceived unreasonabless and unfairness of the Defendant’s conduct. The pertinent part of the judgment reads as follows:

Does there exist such a right in equity? In the other decision (Neha Bhasin v. Anand Raaj Anand) that the Court refers to, the Court had directed the Defendants to credit the Plaintiff as the female lead singer of a song instead of as a mere backup vocalist which had wrongly been shown to be. It noted that “the plaintiff also has a right in equity for being given proper credit for the song sung by her” and “if her voice is used and commercially exploited she has the right to prevent it being attributed to somebody else.” The Court, however, did not cite any English or Indian precedents in support of such a right. It only made a reference to the Suresh Jindal judgment wherein, as discussed above, Plaintiff’s services were directed to be acknowledged without even a mention of the existence of any such right. Nor did the Court elaborate upon the scope of this right. Does this right apply to any and every person who makes a contribution to a work or only to authors and performers? Or does it apply only in limited cases where any person has not been given ‘proper‘ credit i.e. another person has been wrongly given credit for what has been done by that person?

Also, given that authors and performers have been granted a right of attribution under the Copyright Act, would such a right (in favour of any person who makes a contribution to a work) be in conflict with Section 16 of the Copyright Act which provides that “no person shall be entitled to copyright or any similar right in any work…otherwise than under and in accordance with the provisions of this Act or any other for the time being in force…“?

Hopefully, the trial court will look into all these questions and provide clarity in its final decision as to whether there exists, in law or equity, any (independent) right to claim credit for one’s contribution to a work. And if it does, what is the scope of this right? Does it apply in case of any and every contribution, irrespective of its significance?

[I thank all those who have provided their inputs for this post. However, if they wish that their names be acknowledged here, they may approach the Court for relief!]

[Update: The Petitioner filed a contempt petition against the filmmakers for not giving her credit in the film being screened outside India, despite the Delhi High Court’s order. The petition was first placed before Justice AK Chawla of the Delhi High Court, who recused himself of hearing it stating that he had worked with the Petitioner earlier. The matter was then heard by another bench on January 29. However, since the filmmakers submitted that they had misinterpreted the order and agreed to give credit to the Petitioner in the screenings abroad also, the court did not proceed with the contempt petition.]