Who would have thought a Tunisian citizen would end up having a couple of major impacts on the Indian IP landscape? Yet, Ferid Allani, in his quest to get a patent on a “method and device for accessing information sources and services on the web” has inadvertently done just that. Back in 2008, in the course of an appeal against the IPO’s deeming of the patent to have been abandoned, Justice Gita Mittal of the Delhi High Court, passed an order remanding the matter to the Patent office, directing it to give reasons for its rejection of the application, and in the course of the order, brought some much needed clarity to the scope of “deemed abandonment” under Section 21 (read Shwetasree’s earlier post here for more). Fast forward 11 years, and Justice Pratibha Singh of the Delhi High Court has issued another noteworthy order to the same petitioner regarding the same patent, directing the Patent Office to re-examine the application in the context of developments that have occurred post the filing of the patent – namely “settled judicial precedents which have now laid down the interpretation of Section 3(k), the Guidelines [for Examination of Computer Related Inventions, 2016] and other material including the legislative material.”  Read on for a quick discussion on the order (available here), as well as several queries that seem to arise from a reading of the order. [Long post ahead!] [This post has been edited to include the date of the 2013 IPAB order, which had not been included when it was first posted]. 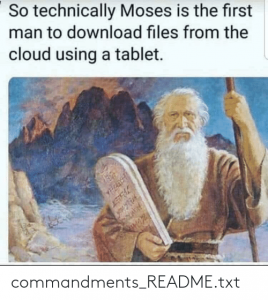 In essence, the order seems to contain 3 points of reasoning as described below, along with the relevant excerpts:

1. Many inventions today are based on computer programs, and it would be retrograde to say that all such inventions would not be patentable

“In today‟s digital world, when most inventions are based on computer programs, it would be retrograde to argue that all such inventions would not be patentable. Innovation in the field of artificial intelligence, blockchain technologies and other digital products would be based on computer programs, however the same would not become non-patentable inventions – simply for that reason. It is rare to see a product which is not based on a computer program. Whether they are cars and other automobiles, microwave ovens, washing machines, refrigerators, they all have some sort of computer programs in-built in them. Thus, the effect that such programs produce including in digital and electronic products is crucial in determining the test of patentability.”

2. Only computer programs ‘per se‘ are excluded from patentability

“The words `per se‟ were incorporated so as to ensure that genuine inventions which are developed, based on computer programs are not refused patents.”

“The use of `per se’ read along with above extract from the report [Report of the Joint Committee on the Patents (Second Amendment) Bill, 1999] suggests that the legal position in India is similar to the EU which also has a similar provision.”

3. New Guidelines were issued post the IPAB decision, therefore this should be sent back to the patent office to re-check for technical contributions or technical advancement, which would make it eligible for a patent.

“Insofar as Computer Related Inventions are concerned, there are three sets of guidelines that have been published by the Patent Office. The initial Guidelines are termed as “Draft Guidelines‟, the second document is described as “Guidelines‟ and the one issued in 2017 is termed `Revised Guidelines’. While the initial 2013 Draft Guidelines defines “technical effect”, the said definition is not to be found in the later guidelines. The meaning of “technical effect‟ is no longer in dispute owing to the development of judicial precedents and patent office practices internationally and in India. There can be no doubt as to the fact that the patent application deserves to be considered in the context of settled judicial precedents which have now laid down the interpretation of Section 3(k), the Guidelines and other material including the legislative material.”

“Accordingly, considering the fact that the term of the patent would be ending very soon – in one year, it is deemed appropriate to direct that the Petitioner‟s patent application is re-examined in the light of the above observations and in accordance with the judicial precedents, settled practices of patent offices in examining such patent applications, including the Guidelines which have been issued for Computer Related Inventions.”

For convenience, I am also reproducing Section 3(k) below:

“(3) The following are not inventions within the meaning of this Act,— (k) a mathematical or business method or a computer programme per se or algorithms;”

What the order does clearly do, is re-iterate that there is no absolute bar on patentability of computer programs, and that technical effect and technical advancement must be looked into in determining the eligibility of a computer program for patenting. However, in the context of the case in question, there are some questions that arise. While I can see (though disagree with) the policy reasoning in the order, I am unable to follow the legal reasoning. The order traces out the arguments of the petitioner as well as the respondent. However, as far as I can tell – the reasoning given for this order, follows from a separate (and un-presented) argument altogether. As stated in the order (para 5), the IPAB had earlier rejected this application because it did not disclose any technical effect or technical advancement. And the current petition has argued that the rejection is in error as the specification does actually disclose a technical effect and technical advancement. i.e., the argument is not that the IPAB did not consider technical effect/advancement, but rather the argument is that that the IPAB erred in its judgment on those factors.

However, as seen above, in sending the application back for re-examination, the reasoning for the order does not discuss whether the IPAB erred. The order focuses on new interpretative guidelines being present, along with policy-type reasoning for the importance of granting computer program based inventions patents – however it does not state what exactly should be re-examined, or why a re-examination is required in this specific case. The contents and context of the order, seem to imply that the Patent office has been too strict in it’s rejections of the patent application under Section 3(k). However, the question still remains why this specific case was sent back for re-examination.

The IPAB order is dated 25th March, 2013. The 2013 draft Guidelines were released on June 28th, 2013. If the substantive reason is solely that interpretative guidelines subsequent to the rejection are now present, then does this mean that any and all applications rejected prior to any of these guidelines can now ask for a re-examination? For that matter, does this also open the door to re-examination of patents that have been granted prior to the guidelines, opening them up to possible rejection? Further, without any case specific detail present in the ratio of the order, surely it can be used as precedent for any other application that has been decided prior to the guidelines. Pushing it even further –  aside from applications already decided in the past – what happens when (not if) a new set of guidelines are published in the future! Will that mean that applications decided up till the new set, are once again open to re-examination? This would be absurd, yet, surely this order opens up this possibility now?

What Exactly is the Legal Validity of these Guidelines?

It may in fact turn out to be true that this specific patent application did have a technical effect or technical advancement that subsequent guidelines have clarified as making such an application eligible for a patent – however, if this is so, this should be pointed out as the reason for sending it back for re-examination. And even if it had been pointed out as a reason – there still remains another question: As guidelines are not legally binding, can disagreement over interpretation of a guideline be a valid legal reason for sending it back for re-examination once it has been rejected on the basis of a technical tribunal’s application of the Patent Act? The guidelines explicitly state that in case of conflict between the Patent Act and the Guidelines, then the provisions of the Patent Act would prevail.

Its worth noting the argument raised by the respondents here – that “the present case does not call for any interference under Article 227 inasmuch as the IPAB, which is a technical Tribunal has taken a view in the matter and in writ jurisdiction, the Court is not to re-appreciate the technical arguments raised before the Tribunal.”

It would have been interesting to know the Court’s holding on this question of scope under Article 227. The order, technically, does not re-appreciate the technical arguments. However, by sending it back for re-examination of ‘technical effects/advancement’, when the IPAB has already explicitly rejected this, is this in effect, dismissing the IPAB’s earlier rejection of these claims? It may be the case that the Court has the power to do this under Art 227, however, it would have been useful if the order directly addressed this argument by mentioning this, if so.

And finally, and on a different (and minor) note – the order also mentions that in addition to 8 claims being hit by Section 3(k), the Patent Office also found lack of novelty in 5 claims. I was not able to find the IPAB order on this, so I don’t know what the IPAB held regarding novelty. My assumption is that the IPAB must’ve resolved the lack of novelty claims, since otherwise, this would render the re-examination under 3(k) meaningless.

It is true that computer programs are a bigger part of innovations around us than ever before. As we continue to progress, one will be hard-pressed to find technological innovations that don’t have a software component. A big part of this, will presumably be Artificial Intelligence (AI) related. However, despite how the crux of AI is the algorithm involved – does this mean we should start looking to ensure more and more algorithms are made patent-eligible? The reason why most (all?) jurisdictions allow some degree of patentability exemptions for algorithms, mathematical methods, etc is not because of how unimportant they are – but precisely because of how crucial they are! Allowing private exclusion rights over fundamental building blocks is simply a terrible way of getting more people to use building blocks, as well as a severely inefficient way of bringing innovation and its benefits to society at large. 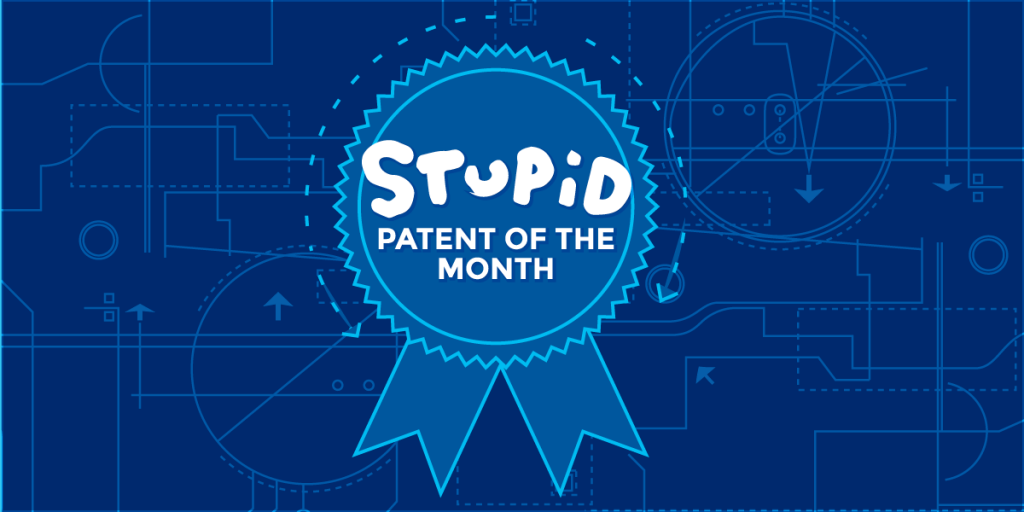 In an effort to highlight the severe problem of low-quality patents in US (“tens of thousands low quality software patents”), EFF had instituted a monthly ‘award’ highlighting a “Stupid Patent of the Month”. See more on EFF’s page. This is exactly the type of situation India should seek to avoid.

This does not mean that nothing should be allowed patents, but rather, that our legislation (and interpretations of it) should focus on incentive mechanisms for innovation – what types of incentives translate into the most innovation, the most social benefit. If exclusion rights provide the most benefit in certain situations (after accounting for the static inefficiencies inherent in all exclusion rights) – sure, they should be allowed for in those situations and with appropriate limitations. (for eg: a 20 year term for a software patent, when even most computer hardware, forget software, is considered super outdated after just 10 years!?)

However, if such inefficiencies retard the growth and rate of innovation even while allowing certain private players to profit from government granted market distortion rights, then surely this is an unwise policy move. If other mechanisms like ‘ease of doing business’, technical education, increased FDI, improved public infrastructure, improved public education, innovation rewards, improving manufacturing capacity, etc etc can all provide those benefits (or more), without the inherent static inefficiencies, then surely it is better policy to focus on those mechanisms. Whichever mechanism it is – evidence should decide! After all, importing the understanding of software patents from other jurisdictions, also risks importing the misunderstanding as well!

(Thanks to Pankhuri for her inputs on this post!)