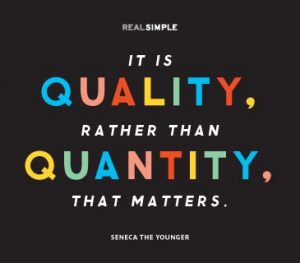 We’re pleased to bring to you an interesting and insightful post by Mohd Shadab Danish on the long-debated relationship between patents, innovation and economic growth. Shadab is a PhD scholar (Economics) at IIT Indore.

The post is particularly timely and relevant in the backdrop of PM Modi’s recent speech wherein he urged the young scientists of the country to “Innovate, Patent, Produce and Prosper”, (seemingly) on the assumption that any and all innovation and patenting by them will make our production smoother and people more prosperous.

Reflecting Upon Innovation Quality and Future Roadmap in India

In the last couple of decades, India has witnessed an increase in the patenting activities (from 3720 in 1993 to 46582 in 2017 WIPO). This figure itself narrates the innovation growth story in India in the last 20 years. The increasing trend of patent filing in India is encouraging but it is not sufficient information to understand the quality of knowledge creation. Thus, in order to capture on the quality and value aspects of patents, scholars have tried different measures and methodologies (Schankerman and Pakes, 1984; Danish et al, 2019 (paywalled)). Some scholars argue that patent may be an ideal indicator of innovation for some industries, the new-product indicator might be more appropriate to others (Jin, Gracia, and Salomon, 2019). The reason for utilizing patent as a proxy for innovation is that it contains a large amount of information about the assignee, inventors, claims and so on, which in case of R&D is not possible. On the other hand, new product information is not easily available in all industries. Therefore, researchers rely on in-depth information of patent to estimate patent value. Understanding of innovation must not be concluded from the patent count but the value of each patent. The measurement of innovation in 2020 needs different approaches where conventional understanding is replaced at least to the extent where innovation is not seen as a static concept. Innovation is an outcome of collaborative efforts among government, firms, and individuals in a given economic situation.

The word ‘innovation’ simply suggests bringing the newness to the work, product, or in other activities of the life which enhances efficiency and attracts larger attention across economic agents. Innovation can be of different scales depending upon the need and the setup of the organization. However, the objective of bringing innovations to the marketplace is more or less the same which is to earn economic benefit from the investment. We know from economic theory that innovation of the country and its growth are intricately related and one drives the other. Scholars working in the area of economics of innovation have found that patenting activities led the foundation of better firm performance. However, in many cases, the results of simple patent count on the firm performance in a defined functional form has been found to be inconclusive or negatively associated with the same. Nevertheless, the importance of patenting activities has given larger space when it comes to analyzing firms’ innovativeness across sectors particularly in high-tech industries. In today’s competitive markets, intellectual assets particularly patents are predominantly used by firms to capture the market. The growth in the number of patent applications worldwide reflects its strategic and commercial importance. In this way, it will not be wrong to say that intellectual assets, majorly patents, have become an important currency that allows for knowledge to be traded to an extent that has not been practiced previously (Arora and Gamberdella, 2011).

Quality of Innovation and Value of Patents

The debate on the quality of innovation will not be complete without analyzing the value of innovative outcomes. The concept of value of patent is not found in absolute and abstract terms but it depends upon the specific context of the valuation, in terms of focus, time, purposes and interested parties. In economics “the private value of patent refers to the economic rewards the patent holder is able to obtain from the patent, either by directly excluding competitors from the market, or by licensing/selling the patent to third parties, or combination of these options” (Munari & Sobrero, 2011(paywalled)).

Estimation of Patent Value by its Renewal Information

The following Pakes and Schankerman (1984) study uses patent renewal information to estimate the patent value. This study assumes that patent owners renew their patent only when it is valuable for them otherwise they allow their patents to lapse. For every granted patent, there is a renewal fee which is to be compulsorily paid if the patentee wants to maintain its enforceablity. Sequence of renewal fee increase monotonically with age and is denoted by C_it. Patentee who pays renewal fee earn the implicit return from the patent protection during the active life of the patent, r_it. Patentee will renew their patent only if  r_it > C_it and sequence of return (r_it)  is the function of initial return (r_i (0)) and the rate of depreciation (d_it), that is

Patents in Some Sectors (e.g. Pharma and Chemical) Less Valuable than Those in Others

A study conducted by Danish et al., (2019) finds that patents are not equally valuable in all sectors. In some technological sectors – (defined based on international patent classification (IPC)) – patents are found to be more valuable than those in other sectors, which have very less or negligible value. For example, patents in instruments, mechanical, and electrical sectors are comparatively more valuable than those in chemical and pharmaceutical sectors. The study also finds that the distribution of patent value is highly asymmetric across technology and ownership groups (foreign and domestic assignee). Valuable patents are assumed to be renewed for a longer time, whereas patents with lower value seem to be lapsed at a very early stage. It is a well-established fact that a patent renewed for an additional year implies a higher value of the patent (Schankerman and Pakes, 1984). Contrary to common understanding, a large number of patents (24.67%) are not renewed even at a small renewal fees, and only 33% patents are maintained over the age of 10. This indicates that a large numbers of patents are actually of low value. The study also finds that patents filed with the Indian Patent Office (IPO) by Indian assignee depreciate faster than developed nation patents.

Nevertheless, the average renewal life of an Indian patent is more than many developing and developed nations. For example, average Chinese patent life ranges from 3.29 to 5.94, however Indian patents’ average length is 8 to 11 years (Danish et al., 2019). In other countries like Germany, around 30 percent of patents lapse at the age of 10. The patent survival length decline continually reaches to 50 percent by the age of 14. In Austria and Belgium, the average patent length is 11 years. Also, the average renewal length of the patent varies by technology group in India. The mechanical and instruments group top the chart in terms of renewal. Surprisingly, patents belonging to chemicals and drugs group have a shorter life span. This indicates that pharmaceutical patents coming from India filed at the IPO are of lower value. One possibility for this is that patents are granted with relative laxity, by the IPO, leading to low-value patents. Sometimes, lower inventive steps in a patent lead to lower quality of patent, hence such patents are not renewed for the maximum length. It is also observed that many times, inventors file patents just to increase their portfolio of patents. Therefore, a large number of patents get dropped at a very early stage. The other reason could be appropriated to the low technology cycle. In some areas technologies are fast-changing and therefore, patents associated with those technologies become irrelevant for owners.

India’s position in the 2019 Global Innovation Index has improved from 76 in the year 2014 to 57 in 2018. This is a remarkable achievement. However, there is a need to address some other challenges related to innovation in order to build an efficient innovation network. Innovation can never be optimal if it is not giving a return to the investors. At the same time, an economy can never get benefited from the innovation if it does not reduce the cost or create employment or solve the problem of a certain kind. There is a need to encourage overall R&D investment which is stagnant between 0.6 and 0.7 percent of total GDP over the past two decades[2] (part of this study is available as a PDF here). The continuous decline of growth rate (IMF slashed India’s economic growth for FY20 4.8 percent) poses a serious concern for the fresh R&D investment and other innovative activities. India’s dream to become a world power in the innovation field can be fulfilled only if the overall policies related to higher education, tax credit on R&D (restoring earlier 200 percent tax credit on R&D) and special policies are designed for the laggard states in innovation. It is also necessary to promote small inventors of remote areas to reduce technological inequality in India. The long-term objective of the policymakers should be to bring balance between innovation, productivity and distribution. This could only be possible when the labor and capital income gap is reduced significantly. India’s future innovation can also be measured in terms of their employment capabilities.

Pakes, A., & Schankerman, M. (1984). The rate of obsolescence of patents, research gestation lags, and the private rate of return to research resources. In R&D, patents, and productivity (pp. 73-88). University of Chicago Press.

[1] Details of the methodology have been given in the Danish et al (2019). It will also be given on request.

[2] FDI in R&D and Development of National Innovation Capabilities: A Case Study of India funded by Indian Council of Social Science Research (ICSSR), Ministry of Human Resource Development, Government of India. Part of this study is published as a working paper of ISID titled FDI in R&D in India: An Analysis of Recent Trends.