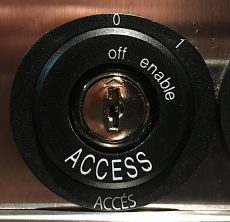 Late last month, the Supreme Court issued notice to the Union of India in an appeal against the Delhi High Court’s decision in Arpit Bhargava v. Union of India and Anr. As I had covered earlier on the blog, the Appellant, Arpit Bhargava, had filed a PIL before the Delhi High Court seeking a direction from the High Court to mandate the Central Government to make hard copies of legislations available at a reasonable price. He had argued that publication of state and central laws by private publishers was an infringement of government’s copyright over them.

The High Court though was unwilling to issue any such reliefs and disposed of the petition with liberty to the Government to initiate action against private publishers as and when it finds any infringement. Thus, the Court left open the larger question of whether publication by private parties amounted to infringement. Moreover, no general duty was cast on the government to mandatorily make available hard copies of legislations. This decision has now been challenged before the Supreme Court.

The crux of the Appellant’s grouse seems to be that governments have time and again failed to make legislations available to the public at a reasonable price. Private publishers are exploiting this failure and publishing these laws at a high price, as per the Appellant.

The copyright argument appears to be a strategic one to me and meant to jolt the government into taking action. Otherwise, it is absurd that a party who wants greater accessibility to legislations would want lesser number of entities publishing them. So, my guess is that the Appellant wants the Court to find private publishers to be infringing so that it is then left to the government to publish these bare acts at reduced costs.

Interestingly, if news reports are to be believed, the Union itself had submitted before the High Court that private publishers are not in violation of its copyright, as long as some original material or commentary is added to the text of the legislations.

I think that the Appellant’s arguments on both counts – accessibility and copyright – may be slightly misplaced. The Appellant’s prayer for accessibility is being addressed by the Delhi High Court in another case – Union of India v. Vansh Sharad Jain. As for the copyright argument, we need a more lenient copyright regime and not a more stringent one, as will be discussed later.

In my earlier post on this litigation before the Delhi High Court, I had discussed in detail the facts leading up to Union of India v. Vansh Sharad Jain. I will not repeat them here and it is suffice to say that the High Court had directed the Union to make all legislations available online in an intelligible and machine readable format. Union tried to comply with the order by redesigning the Indiacode portal and making available most of the legislations.

Rather than letting the government off the hook after delivering its order, the High Court is still monitoring Union’s compliance with its order, periodically summoning the concerned officials to apprise it of the improvements made to the portal.  Although the portal is far from being a finished product, my own experience suggests that it has improved considerably from its earlier versions.

With the Vansh Sharad Jain bench actively shepherding access to laws, is the prayer in the Arpit Bhargava appeal, as regards access, redundant? It is true that the prayer in the Appeal is specifically for hard copies of bare acts and not any type of access. But, both lawyers and non-lawyers alike are now relying more and more on digital resources for their research. Even if someone wants to use hard copies, Indiacode provides the option to download the legislations and print them. Would it not be a stretch to then argue that access can only be ensured by government printing and distributing hard copies? Thus, as long as the government makes available the legislations in a reasonably accessible manner, as is being done with Indiacode, can one insist that they publish it in hard copy?

Moreover, the government had clarified before the Delhi HC that it has, as a matter of policy, decided to limit physical printing. Thus, the Court would be encroaching into government’s policy domain if it were to direct it to print physical copies.

But, all these still do not address the huge demand for physical copies, especially among the legal community. As long as such demand exists, private publishers will continue to tap into it. Thus, it is important to settle whether private publishers are in violation of government’s copyright.

This question too was touched upon in my previous post. To put it briefly, section 17(d) lays down that government shall be the first owner of all its works [which includes legislations as per section 2(k)], unless there is an agreement to the contrary. Nevertheless, section 52(1)(q) allows for fair use of such works. Specifically, section 52(1)(q)(ii) provides that the reproduction or publication of “any Act of a legislature subject to the condition that such Act is reproduced or published together with any commentary thereon or any other original matter” shall not constitute infringement. Interestingly, the requirement of including commentary or original matter is confined to Acts of legislature and no other category of Government Work covered under the provision has a similar requirement.

Although no Indian judgment seems to have directly addressed the question of what constitutes ‘commentary’ or ‘original matter’ for the purpose of Section 52(1)(q)(ii) , the threshold for this could not possibly be high, given that EBC v. DB Modak found that even simple alterations to judgments could be accorded copyright protection. Add to this the fact that the government had conceded before the High Court that private publishers are not infringing, as long as some original material or commentary is added. Assuming that the government made such a submission based on its assessment of the bare acts available in the market, it can be safely said that these publications are not infringing in nature (for a more detailed discussion on this point, see this).

Nevertheless, this still leaves us with a few problems. A number of online portals reproduce legislations without adding any original material or commentary to it. They, in fact, go a long way in ensuring access to Indian laws and are a lifeline to anyone who does not have access to pay-walled law portals. Although the government does not seem to be bothered about asserting its copyright against such portals, a plain reading of the provisions discussed above indicates that it can theoretically assert its copyright if it wanted to.

Arul, in his recent post discussing the SCOTUS decision in Georgia et al v. Public.resource.org, had suggested a way around this conundrum. In Georgia et al, the SCOTUS had relied on the ‘Government Edicts’ doctrine to hold that even annotated versions of legislations produced under the authority of the government are not copyrightable. The ‘Government Edicts’ doctrine posits that any work which is carried out under the ostensible authority of the government is exempt from copyright protection. The doctrine is grounded on the premise that laws are produced by judges/legislators in their official capacity and lacks personalization (an identifiable author) required for claiming copyright. Moreover, given that a law can only be expressed in a limited number of ways, it runs into the problem of idea-expression merger.

Drawing inspiration from the decision in Georgia et al, Arul had suggested that statutes in India too may be exempt from copyright protection. I am unsure if the US doctrine can be easily transplanted to India. One major reason is the difference in the language used in the respective statutes. 17 US Code §105 specifically lays down that ‘Copyright protection under this title is not available for any work of the United States Government..’ Unlike the US Code, the Indian Copyright Act, 1957 specifically acknowledges government’s copyright in its works. Thus, although the ‘Government Edicts’ doctrine seems to be a theoretically cogent argument, judges may inevitably run into textual roadblocks.

As Arul recognizes in his piece, the ideal solution to this would be an amendment to section 52(1)(q), freely allowing reproduction of legislations without the added burden of including any original commentary. Nevertheless, till such time the amendment takes place, can the judiciary read the law in a way so as to allow free reproduction?

One way out of this is a purposive reading suggested by Prashant Iyengar in his comment to an earlier piece by Arul. As per him, section 52(1)(q)(ii) only requires “faithful reproduction of statutes along with any commentary and other original matter that came embedded with the original statute” and not addition of any new commentary or original matter. This interpretation, he observes, is in line with the legislative intent of enabling public dissemination of legislations without corrupting the original. Unless the Court is ready to completely read down provisions relating to government copyright, Prashant’s interpretation gives it sufficient leeway to accord the provision a liberal interpretation and enable access till such time the legislature amends the provision.

It is deplorable that the requirement of original material in section 52(1)(q)(ii) has remained in the Copyright Act for this long. It impedes the fundamental right to know and serves no particular benefit to the copyright holder – government – as well. While the very idea of government owning copyright in its works is antithetical to the free flow of critical information in a society, the least it can do is to ensure that its works are allowed to be freely reproduced for non-commercial purposes.

Unless the Court decides to make the Arpit Bhargava appeal India’s own Georgia et al moment, we may have to wait for another round of litigation to ‘liberate (our) laws from the clutches of copyright law’.