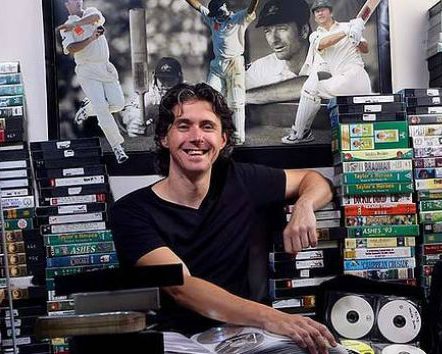 We’re pleased to bring to you a guest post by our fellowship applicant Nikhil Purohit. In this post, he analyses whether sharing of sports clips on social media amounts to copyright infringement or fair use under India’s copyright law, in light of the recent controversy over a take down notice that was sent to cricket archivist Rob Moody for some of the clips uploaded by him on Twitter.

Nikhil is a 4th year student at the National Law School of India University, Bangalore. His previous guest posts on the blog can be viewed here and here.

When Cricket Meets Copyright: Does Upload of Sports Clips on Social Media Amount to ‘Fair Dealing’?

Amidst the pandemic and the accompanying lockdown, there has been a surge in sharing of online content. Some of this also includes unauthorised sharing of copyrighted content. One such example is sharing of short sports clips on social media. Recently, Rob Moody, a self-avowed cricket “mega fan” and archivist, was thanked by many for making many interesting old cricket clips available on YouTube and Twitter. Nevertheless, some of his uploaded clips on Twitter were taken down upon a notice of copyright infringement received from Cricket Australia. Though, subsequently, Cricket Australia said that such claims “were made in error and have been retracted”. This, however, made me wonder if uploading old sports clips online would, in any case, be protected within the ambit of fair dealing under Indian law. In this piece, I analyse the applicability of the fair dealing exception on posting of such clips and the lessons it has for the Indian law on fair dealing.

In India, the court decisions with respect to upload of sports videos have mostly been in respect of broadcasting or disseminating information of live events (see here, here, and here). In these circumstances, unlike sharing of old clips, there are added concerns for copyright owners in terms of ability to monetize the concerned information or broadcast. However, the situation differs when it comes to old clips from a sporting event that the rights holder is not monetising and possibly does not even intend to do so. For instance, this is the case with several clips from old cricket games to which the Board of Control for Cricket in India or the International Cricket Council holds the copyright.

In this backdrop, it is important to turn to Section 52(1)(a) of India’s Copyright Act, 1957 (‘Act’) that deals with fair dealing exception to copyright infringement. It provides the following to not constitute infringement of copyright:

“(a) a fair dealing with any work, not being a computer programme, for the purposes of—

(i) private or personal use, including research;

(ii) criticism or review, whether of that work or of any other work;

It, thus, requires satisfaction of two components: (a) ‘fair dealing’ with any work, and (b) that such fair dealing is for one of the purposes enumerated in the provision.

Turning to the first component, the term ‘fair dealing’ has not been defined in the Act. It has, however, been interpreted in India TV Independent News Service Pvt. Ltd. v. Yashraj Films Pvt. Ltd. to incorporate the four-factor test as applied in the United States. Accordingly, the four-factor test could be applied in the present context. The four factors that need consideration are:

Majority of sports clips uploaded on social media are uploaded for non-commercial purposes without motives of monetising the same. As far as the nature of the use is concerned, even though it is taking a portion from the copyrighted work as it is, a large part of the use can be said to be transformative. This is because of the value added in the curation, selection, and the compilation of content such as, say, wickets taken by a particular player across different matches or the dismissals of a player in a particular manner in different matches. Similarly, expending skill and judgment in specifically editing the performance of a player or a team in a particular match or series makes the new work transformative.

As to the second limb of the test – the nature of the work involved is factual rather than creative, thus strengthening the applicability of the four-factor test. Moreover, most of these clips are very short in duration, quantitatively insignificant compared to the original work, and many a time even qualitatively not substantial to the original work. Finally, in most instances, since the rights holders themselves aren’t marketing these old clips in any form, it does not have any impact on the potential market for the works. Rather, they enable a growth in popularity of the sport and in turn, increase the market for the works being monetised by the rights holder.

Even when any of these factors may not strictly apply, such as there being some commercial benefit gained out of such clips, the four-factor test is to be applied holistically and it might still constitute fair dealing if the other factors weigh in favour of the same. 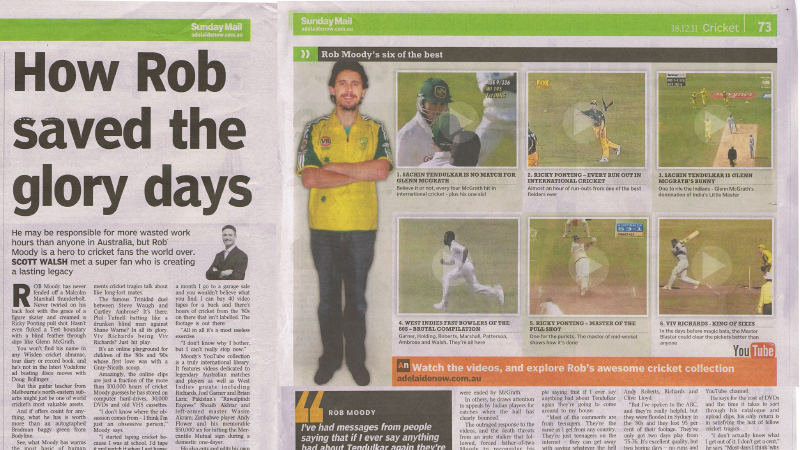 Whether they amount to criticism or review?

Having established that sharing of old clips would possibly fall within the ambit of ‘fair dealing’, I turn to the second part of the exercise, i.e., determining whether the use is for any of the three purposes mentioned in the Section. In the context of sports clips being uploaded on social media, it would be hard to consider the use to be entirely ‘private or personal’. Similarly, since the focus of this piece is on old clips, the third scenario dealing with current events is also ruled out.

The question then is whether these clips fall within the ambit of the second provision, that concerning criticism or review. The Act does not indicate what it intends to convey by either of the terms, ‘criticism’ or ‘review’. The most extensive discussion of the scope of these terms has been made by the Delhi High Court in Super Cassettes v. Chintamani Rao. The Court noted in this case as follows:

“The focus of attention, and interest of the producer/author of the work and the viewer/listener should not be the work of another, but the work created by the person who may, bona fide be using the work of another for the specific purpose of criticism or review of that work, or of any other work.” (emphasis supplied)

Accordingly, what is required is that while reproducing a copyrighted work, the focus of attention should be on the new work that is created using such reproduction. Applying this proposition to the context of this piece, such a condition would only be satisfied where someone writes a review of a sporting event or criticises the same, and the focus of the author and the viewer is on such review or criticism. This would possibly include anyone writing a detailed article about a particular sporting event where a clip forms a subsidiary part of the article. The question then is whether clips posted by users with minimal comments or captions on social media would also be covered.

In this regard, the decision in Super Cassettes v. Hamar Television Network Pvt. Ltd. (‘Hamar Television’) needs to be considered where, while dealing with an injunction claim by T-Series against the defendant’s broadcast, the court summarised certain principles concerning fair dealing. One of the principles noted by the court was:

“In ascertaining as to what would constitute reportage of “current events” or would fall within the ambit of “criticism” or “review”, Courts ought to adopt a liberal approach” (emphasis supplied)

Additionally, the Delhi High Court in the Narendra Publishing House case looked at the definition of the term ‘review’ as given in the Shorter Oxford Dictionary, according to which it means “view, inspect or examine a second time or again..”, and held a guide book to be a re-examination of a mathematical work, and thereby amounting to ‘review’. Thus, the focus of the court appeared to be on the element of examination of the work.

Applying the rationale from both the above cases, clips uploaded on social media can possibly be considered as “criticism” or “review” of the original work. This is because such a use can be considered to amount to a second look at the particular sporting event and furthering a discussion or examination of the same. In such a scenario, the focus is not solely on the event itself, but the discussion engendered by the review, or the re-look of the entire work with a specific/new lens. This can be seen from a recent clip uploaded by Moody on the run outs in ex-Australia captain Steve Waugh’s career, based on stats posted by ESPN Cricinfo. The clip rekindled the discussions on Shane Warne’s (who played under Waugh) grudge about being dropped by Waugh.

Another added ambiguity in the law is that it requires criticism or review of ‘that work or of any other work’. When a sporting clip is uploaded and is criticised or reviewed, the focus of attention is on the underlying sporting event as against the clip itself. The underlying event in itself is not copyrighted and does not fall within the ambit of ‘work’ but only the clip is. However, none of the Indian decisions challenge fair dealing on this ground, which indicates an implied agreement that criticism of the underlying event captured in a particular clip would also be protected under Section 52(1)(a).

While as per the above analysis, posting of clips of sporting events with comments that generate discussion would possibly fall within the ambit of ‘fair dealing’, there is much to be desired in terms of adequate protection for those uploading sports clips on social media. A mere reproduction of such clips without any comments, even if it involves significant efforts in curation on the part of the uploader, might not be saved by this exception and hence be subjected to copyright infringement claims. This brings to fore the shortfalls of the Indian regime on ‘fair dealing’.

The fair dealing principles are incorporated to strike a balance between the interests of the copyright holder and the availability of the copyrighted content to the public. This is in line with the welfare theory of copyright law. Accordingly, as the court in Hamar Television notes, they “must receive a liberal construction in harmony with the objectives of copyright law.” The Indian law restricting the application of the fair use exceptions to the pre-determined categories specified in Section 52 fails to live up to its objectives. Not only does it stifle creativity, this rigid categorisation even stops it from adapting to technological advancements of the modern day, something that the US has adapted to much better due to its flexible ‘fair use’ provision providing for an inclusive definition.

Finally, as ESPN Cricinfo puts it aptly, “[w]hen a fan uses footage and shares it, the appetite for the live product grows.” Thus, a hard-lined approach by copyright holders such as cricket boards, coupled with an inept fair use milieu, goes not just against the very principles of copyright law but even against the interests of those trying to preserve their rights. A better approach could instead be to collaborate with these archivists and allow them to monetise these clips and enter into revenue sharing agreements for such monetisation, as the NBA does.