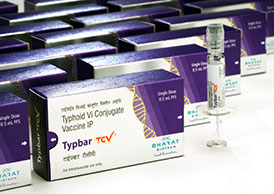 We’re pleased to bring to you a guest post by Devangini Rai, analysing a recent Delhi High Court order that refused to grant an interim injunction against the use of the acronym ‘TCV’ in relation to a typhoid vaccine.

The Delhi High Court in Bharat Biotech International Ltd. v. Optival Health Solutions Pvt. Ltd. & Anr. refused to grant an interim injunction against the defendants in a suit for infringement of the trademark TCV. TCV is an acronym for Typhoid Conjugate Vaccine. It is a category of vaccine commonly used for typhoid. The parties contested over the usage of TCV in their product names namely ‘Typbar TCV’ (Bharat Biotech) and ‘Zydus TCV’ (Zydus Cadila).

In the pharmaceutical market, often vaccines are named by combining generic terms and the trade name of the manufacturer, as is reflected by the facts in this case. On a prima facie observation, it becomes clear that the battle between dissimilarity of the rival trademark rests upon the infringement of TCV being used in a trademark sense. TCV had been registered as a trademark by Bharat Biotech in 2018. It also registered ‘Typbar-TCV’ as another trademark in 2016. The plaintiff claimed that they were the first to coin the term TCV as their product was a known vaccine in the market by the formal name of ‘Typhoid Vi Capsular Polysaccharide Tetanus Toxoid Conjugate Vaccine / Typhoid Vi Conjugate Vaccine I.P.’ and thus the acronym TCV. It was also claimed that they were the first on the block to use such a name as they were the inventors of the vaccine and have valid patents to their name. While the validity of the trademark registration of TCV was questioned by the defendants, the plaintiff argued on the basis of the arguendo that a trademark of a descriptive nature can still be valid. The plaintiff essentially argued on the defense that Section 32 of the Trade Marks Act provides in relation to an acquired distinctiveness that a generic trademark can have.

The case relates to the determination of whether an acronym TCV adjudged to be generic in nature can be validly registered as a trademark and could have gained distinctiveness by prior use of it by the plaintiff.

The plaintiff consistently contended that TCV was a valid trademark coined by them and had been in usage by them over a long period of time. The law on the generic words as trademarks has been sufficiently established by a number of case laws over the years. Case in point being Cadila Healthcare Limited v. Gujarat Cooperative Milk Marketing Federation Limited & Ors. and Marico Ltd. v. Agro Tech Foods Ltd. Cadila had dealt with the registrability of ‘Sugar Free’ as a trademark to market an artificial sweetener. It was held to be merely a descriptive name for a product which is meant to be without sugar, thus a monopoly cannot be granted in form of a trademark to ‘Sugar Free’. The non- distinctiveness of a descriptive trademark like Sugar Free was attacked on the basis of the fact that an artificial sweetener is used by an elite class of customers who cannot be rationally assumed to confuse the claimant’s product with another. In Marico, an important observation was made which is significantly applicable to the present case. “Once the person, against whom a suit is filed on the ground of infringement of a trademark which is in fact a descriptive word, then, if a defendant is using his own word mark as a trademark prominently in addition to the descriptive word mark which the plaintiff claims to be his trademark, nothing further is required to show the bona fides of the defendant against whom infringement of a registered trademark is alleged”. This is precisely what happens in the present case which absolves the defendant of their alleged malafide intention to use TVC in their product name.

In the present case, McCarthy’s Spectrum of Distinctiveness has been referred to as well, while deciding the nature of TVC as a trademark. In SBL Ltd. v. Himachal Drug Co., McCarthy’s observations regarding abbreviations are cited that “an abbreviation of a generic name which still conveys to the buyer the original generic connotation of the abbreviated name, is still, ‘generic’.” This principle is applicable in the present case as well. The fact that the plaintiffs claimed to have developed a TVC vaccine first of the block cannot save them from validly using it as a trademark as it is a category of vaccines that they attempt to monopolise as a product name. This by no means could have been allowed by the court in light of established case laws.

Validity of an Abandoned Application in Claiming Prior Adoption 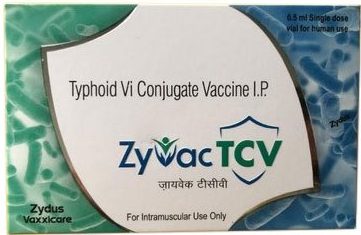 The defendants contest the prior use and the originality in coining TCV on two counts namely:

1. TCV although has been registered as a trademark has not been used individually.

2. Sanjeev Thakkar’s application of ‘TCV’ as a trademark was filed in 2009, before the plaintiffs. Thus, it cannot be said that the plaintiffs were the first to coin ‘TCV’.

The pleading by the defendant stating that TCV had been coined before by Sanjeev Thakkar as visible from the Trademark Registry records was relied upon by the court to dismantle the claim of the plaintiff that they had coined TCV first. It was held that due to absence of any denials regarding the contention of Sanjeev Thakkar coining the term TCV first in the plaint, he would be held to have coined the term before the plaintiff. However, the trademark application by Sanjeev Thakkar (Application No. 1832470) stands opposed till date, first being filed in 2009. The question arises as to how far a potentially abandoned application can suffice the argument that the plaintiff did not coin the term TCV originally. A trademark application deemed to be abandoned after a month of inaction by the applicant in response to the examination report. Thus, this exposes the fact that abandonment of application is not seriously dealt by the Registry. Sanjeev Thakkar’s application, when checked, shows it to be opposed by yet another stakeholder company. Therefore, it cannot be said conclusively that Bharat Biotech was not the first company to have coined TCV. This fact however proves that there were third parties prior to the usage of Bharat Biotech’s coinage of TCV and hence it weakens the plaintiff’s case.

While the facts of the case as well as the pleadings by the defendant sufficiently establish that TCV is a generic term, it is the question of acquired distinctiveness that has not been sufficiently dealt with by the court. The judge explicitly says that “I say nothing on that”. The judge remarks this due to the alleged fact that the contention of acquired distinctiveness has not been dealt by the plaintiff in their plaint. This, in my opinion, does not advance either the plaintiff or the defendant’s contentions.  In the landmark case of Lupin v. Johnson and Johnson, it was held that it is open for the court to go into the validity of a trademark registration for the grant of an interim injunction (the single bench’s decision in this case was covered on the blog here). This determination is in fact necessary to arrive at a prima facie finding for grant of an injunction. I contend that along with determining that TCV is generic, a prima facie determination of whether or not the trademark had acquired distinctiveness should have been made by the Judge. The plaintiff had tried to discharge the burden of proof of proving that even if TCV is generic, it has acquired a secondary meaning. It however has been unsuccessful, which should have been recorded as a finding by the Court. The finding of acquired distinctiveness of a generic/descriptive trademark has been made in numerous cases like Aegon Life Insurance Company Limited v. Aviva Life Insurance Company India Ltd,  Marico Limited v. Agro Tech Food Limited and the most recent being Sun Pharma Laboratories v. Intas Pharmaceuticals.

However, if this anomaly is kept aside, the plaintiff still does not stand a firm ground in claiming the validity of the trademark. Although the court does not elaborate on the acquired distinctiveness of TCV, it becomes clear that TCV is patently generic in nature and claiming a trademark will go against the established principles of trademark law. While the court does not rule on the acquired distinctiveness of TCV as a trademark, it does not consider TCV while adjudging the infringement of Typbar TCV by Zydus TCV since TCV “is not a coined word and being common to trade as such, needs to be excluded for comparison…”. It further also holds that the registration of the trademark TCV insofar as Section 9 is concerned would be illegal on a prima facie basis. However, looking at the examination report of the plaintiff’s application of TCV as a trademark, a Section 9 objection had not been raised by the Registry. Rather, a Section 11 objection had been raised which talked of the Sanjeev Thakkar application. In response, all that one can gather is that the plaintiff argued Thakkar’s application was for a different category of goods, namely medicines and pills while being in the same class.

Thus, although the decision by the court ultimately does not contravene the established precincts of the Trade Marks Act, the judgement in itself is distraught with anomalies making it a bit difficult to follow. It is urged that such procedural regularities should be not left ambiguous.