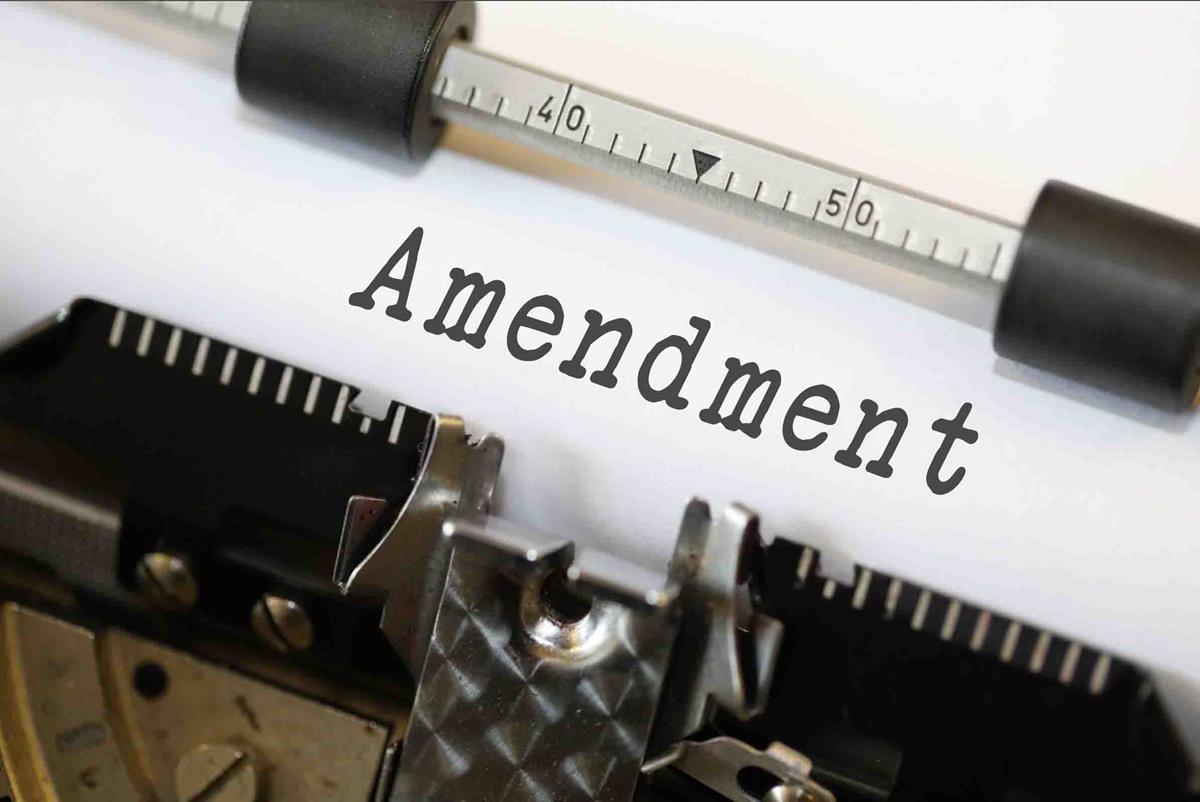 We’re pleased to bring to you a guest post by Durgesh Mukharya and Meenakshi Chotia, examining the Patent Office’s practice of allowing amendments in claims of a patent application. Durgesh is a Partner and Meenakshi is a Senior Associate at the Bangalore office of the IP law firm, K&S Partners. They have backgrounds in biotechnology and biochemistry, and are part of the Life Sciences – Patents team of the firm. They both are registered Patent Agents and their work primarily revolves around patent drafting, prosecution and advisory work, including on issues discussed in this post. The views expressed in this post are personal.

The Challenging Pursuit of Patent Claim Amendments in India

Amendments to patent applications are a regular feature of patent prosecution worldwide. From requiring the title to conform with claims in India, to conforming the whole description in Europe, different jurisdictions have their own requirements. However, since claims determine the value of a patent, it is important that claim amendments are treated with caution. It is essential to ensure that the language of claims which get granted, is in sync with the business objective of a patentee. This post reviews the practice of allowing amendments in claims of a patent application by the Indian Patent Office (IPO) and looks at some of the gaps that may need to be filled.

To begin with, let us first look at some of the reasons that may necessitate an amendment in claims:

Thus, the provisions in patent laws which provide for claim amendments, play a critical role in maintaining the patent ecosystem. In India, Section 57, read with Section 59(1) of the Act governs amendment of claims. In practice, the latter is of essence to determine the nature of amendments that can be carried out in India.

From a plain reading of the section, the following kinds of amendments seem to be permitted for incorporation of an ‘actual fact’:

provided that the amendment is supported by either the original specification or the original claim, and not necessarily both. This intention of the legislature appears to be clear from the insertion of the word ‘OR’ that bifurcates the second half of the provision to present a dichotomy.

Skewed Interpretation by the IPO

Unfortunately, the IPO often appears to employ a restrictive interpretation of this section, thereby limiting the kind of amendment an applicant can carry out. This is further elaborated below:

a) While the IPO accepts deletion of claims, addition of a new claim, though supported by the original specification, is usually impermissible on the ground that the language of the section does not permit an ‘addition’.

This is illogical as the language of the section does not explicitly permit a deletion as well. Rather, such an addition could be viewed as a provision to ‘correct’ the scope of the claims and incorporate an actual fact, which was missed out from the original claim set.

In one instance, to ensure that embodiments fully describing a pharmaceutical product are explicitly stated in claims, and to add clarity, an applicant wanted to introduce dependent claims for an independent claim directed to a composition. While this is a universal approach to ensure that the granted claims accurately reflect the commercialised product, the IPO declined this request.

In another instance, to address an objection by the IPO on the term ‘preferably’ in as-filed claims, an applicant’s request to delete the preferred embodiments from the claims and include them in new dependent claims was declined.

In a third case, an applicant missed including claims regarding a method of manufacturing a novel compound, despite detailed description of the same in examples and embodiments. A request to add the same was rejected.

The importance of allowing such amendments is further highlighted by situations where the original claims are impermissible under Section 3 of the Act. For example, an applicant of a NP application, having only method of treatment claims, wanted to amend the claim set to include a product claim of a novel and inventive kit which was missed out in the as-filed claims. Though supported by the as-filed specification, the IPO disallowed the amendment, forcing the applicant to abandon the application. It is unimaginable if this were to happen to inventions related to kits for pandemics such as Covid-19, which has highlighted the significance of innovation in the current times.

b) Even though the section does not bar an amendment to the preamble of a claim, as long as it is supported by the as-filed specification, the IPO often rejects this on ground that it alters the scope of the as-filed claims. As applicants must abide by sections such as 3 and 2(1)(j) of the Act, an incomplete interpretation of Section 59(1) leaves them with limited options, or worse, forces them to abandon the application despite patentable merit in the invention disclosed therein.

For instance, a NP application had an independent claim only on ‘Use of a composition in an industrial method…’. While most foreign jurisdictions allow use claims (or allow amendments to conform them with their local laws), use claims are not patentable in India under Section 2(1)(j) of the Act. Had the preamble of the claim been – ‘A process of conducting the industrial method by employing the said composition…’, rather than as originally worded, the claim would likely surpass Section 2(1)(j). The scope and crux of invention in either format of claims remains essentially the same.

However, the IPO did not allow the amendments in both these cases, despite appropriate support in the specification.

c) Though amendments to include disclaimers (whether positive or negative) squarely fall within the purview of Section 59(1), the IPO is often hesitant to allow negative disclaimers.

It is possible that some of these interpretations of Section 59(1) by the IPO is based on subjective reading of some past judicial precedents (see here, here, here, here and here). Further, dearth of interpretation of the nuances of this section from the Intellectual Property Appellate Board (IPAB) and courts also impedes the understanding of permissible amendments.

Section 59(1) is the most important provision which provides applicants an opportunity to correct the scope of the claims or to explain an existing claim better. The sanctity and the intent with which this section was incorporated into the Act must be preserved and the extent to which it allows for amendments in claims and/or specification must be carefully contemplated.

Consequently, the IPO can issue detailed guidelines for amendments under Section 59(1), as differences in understanding the permissibility of amendments under the section are leading to inconsistent outcomes and commercially unviable options for the applicant. For a uniform approach, the IPO may also consider regular training of examiners on accurate interpretation of the section along with best international practices in this area.

Moreover, the current patent laws already include provisions that restrict patentable subject matter in India. Applicants also have limited options in pursuing intended claim amendments by way of a Divisional Application, which has prerequisites of its own. Thus, providing clarity and leveraging on possible amendments under Section 59(1) will only encourage applicants to file more patent applications in India, and benefit the patent ecosystem of the country.