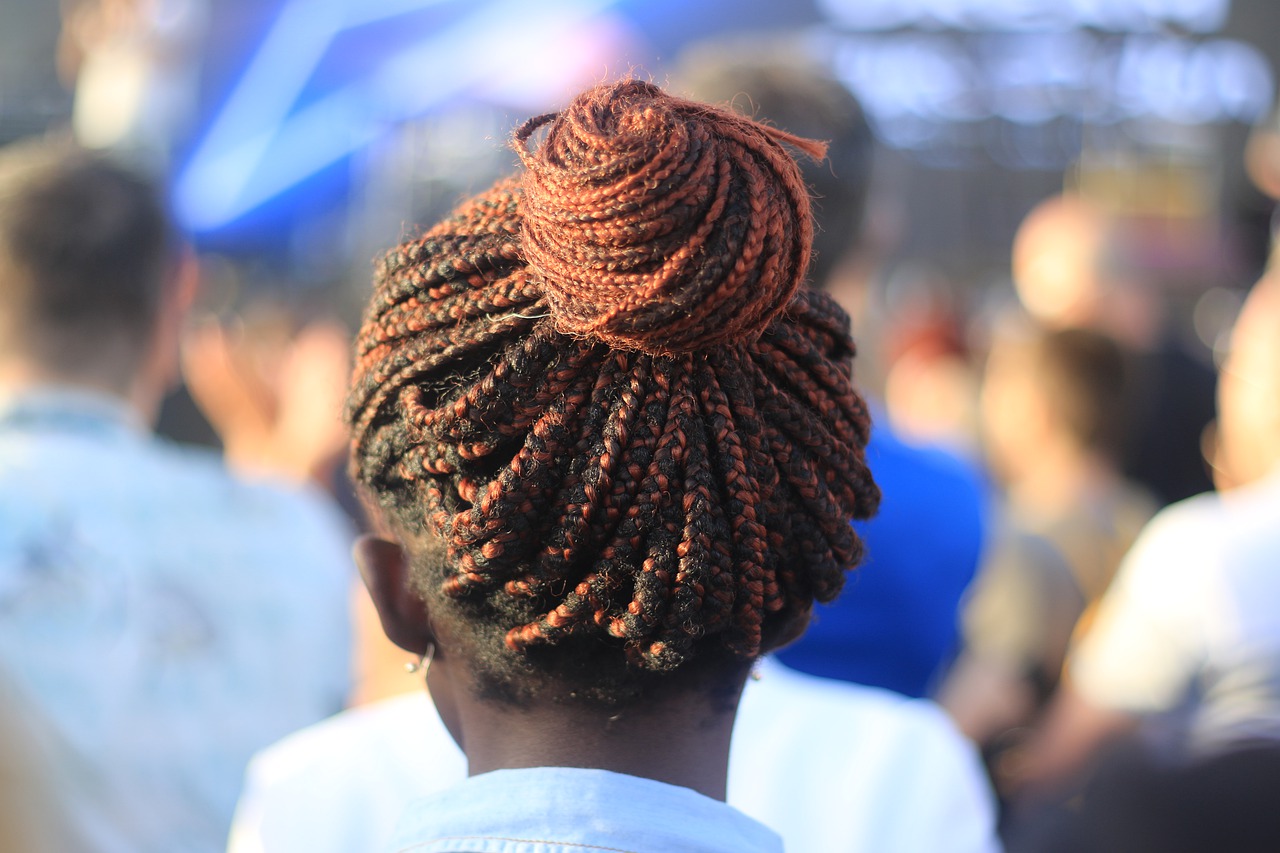 We’re pleased to bring to you another guest post by our fellowship applicant Adyasha Samal, discussing the problems with the approach of protecting traditional cultural expressions (TCEs) under existing IP regimes, using hairstyles as an example of a widely appropriated TCE.

Adyasha is a 4th year student at Hidayatullah National Law University, Raipur. This is her second submission for the Fellowship. Her previous guest post can be viewed here.

Cornrows and Cultural Appropriation: What is the Best Way to Protect Black Hairstyles?

In the past few decades, cultural appropriation has gained a lot of public attention. With incidents such as swimsuits featuring Goddess Lakshmi, a Native American-styled headdress worn by a Victoria’s secret model, and Louis Vuitton producing Basotho design blankets, the call for protection of Traditional Cultural Expressions (‘TCEs’) has grown stronger. According to the WIPO, TCEs mean productions consisting of characteristic elements of the traditional artistic heritage developed and maintained by a community or by individuals reflecting the traditional artistic expectations of such a community. They capture a community’s history, cultural and social identity, and values. In practice, TCE is an umbrella term that includes art, music, designs, performances, signs and symbols, legends, names and narratives. While attempts have been made to protect some TCEs under existing IP regimes, since TCEs are inherently different from forms of IP, relying solely on such an approach leads to a ‘square peg in a round hole,’ problem. This post discusses this problem in detail, focusing on hairstyles as an example of a widely appropriated TCE.

The socio-cultural context: Are hairstyles as TCEs, deserving of protection? 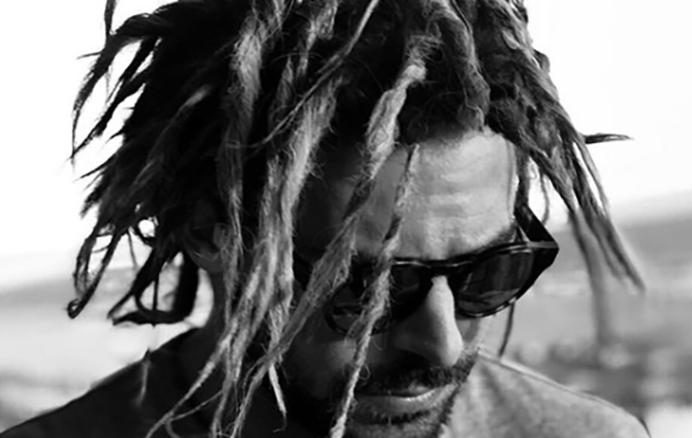 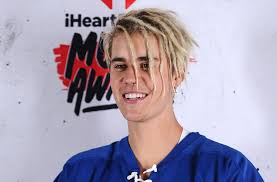 Hairstyles such as cornrows and dreadlocks hold cultural significance and sentimental value for people of African descent (‘Black hairstyles’). In the recent past, they have been appropriated by multiple celebrities like Justin Bieber, Zac Effron and Katy Perry. Some people argue that in a diverse country (here, the US) which is a melting pot of several cultures, emulation is merely admiration and the proximity of peoples leads to natural cultural exchanges. Yet, in a world that has recently realized how deep its racist roots run, the imitation of styles of a historically disadvantaged community cannot be dismissed as a fashion trend resulting from cultural exchange. While exploitation in any situation is wrong, appropriation in this complex socio-political backdrop raises additional concerns regarding cultural rights of the minority group.

Historically, the hairstyles of African individuals reflected their tribe, religion, village and other aspects of their identity. Historian Kobena Mercer has explained how these hairstyles were carefully cultivated, deliberately knotted and tied in elaborate rituals and were meant to facilitate individual self-expression. With the arrival of colonialists and subsequent slave trade, slave-owners forced them to cut-off their hair in an attempt to ‘civilise’ them, thus stripping them of their identity. These Eurocentric notions of beauty which favoured softer, straighter hair took root and prompted them to shed their ethnic styles. In modern times, Black individuals wear their traditional hairstyles to embrace their culture and as an ode to their sufferings through years of colonial rule, slavery and racism (see Black is Beautiful movement).

The callous imitation of these styles constitutes the harmful act of cultural appropriation. This refers to the adoption of expressions from another culture and presenting them as one’s own without attribution, permission, in a manner that is disrespectful towards the expression’s significance to the culture, or worse, monetization of the same. As explained by Prof. Scafidi, this is more harmful when the source community is a minority group that has been oppressed or exploited.

The popular acceptance of emulation and exploitation of these styles without regard for their cultural backdrop when juxtaposed with the continued stigma against black people wearing it themselves (see here and here) proves there is a compelling need for TCE protection.

Why existing IP frameworks fail to protect these cultural expressions?

Conventional IP regimes are incompatible with TCEs. The preconditions for IP protection prescribed by them, i.e., fixation (copyright), description (patent), and graphical representation (trademark) among others, present rigid moulds which cannot be reconciled with TCEs that include tangible and intangible elements, preserved through experience and passed on orally, across generations. In fact, the very purpose of the IP system is wider dissemination of knowledge and encouraging innovation, which is at odds with many TCEs that are held as sacred or secret by communities. These TCEs are worthy of protection from external appropriation in an effective way.

Presently, in most jurisdictions, TCEs remain unprotected, unless specific types are registered as IPs. For long, efforts have focused on extension of existing IP regimes to embrace TCEs and prevent their misappropriation. For instance, in the US, Navajo Nation sued Urban Outfitters under trademark law for using their traditional patterns on an underwear line. In Australia, aboriginal artists used copyright law to prevent importation of carpets reproducing aboriginal designs without permission. While this is likely to be successful in case of TCEs based on art and music, they do not cover the vast majority of TCEs – including hairstyles.

In a controversy closer home, French luxury brand Christian Dior copied hand block print designs made by traditional Indian artists of the People Tree collective. While a clear case of plagiarism could be made out, these designs may not qualify for protection under any of the relevant IP regimes, as explained in this post. This dispute between Christian Dior and People Tree was ultimately settled out of court.

One major drawback with traditional IP systems is its focus on the creator. The requirement for identifiable, individual author(s), proprietor(s) and/or inventor(s) is incompatible with TCEs as they are not created by one person, but developed over generations through communal effort and experience. Thus, they are collectively owned by the whole community. Hairstyles, for instance, involve multiple factors – the traditional expectations they are based on, the artistic effort of the person styling the hair, and the choices of the individual wearing the style.

Limitations like the above, imposed through the requirements of IP (as further outlined by Prof. Farley here) not only alienate TCEs in their original form, but also allow for IP protection of misappropriated reproductions of TCEs which fit the predefined mould. Disney’s trademarking of the Swahili phrase ‘Hakuna matata,’ is an example of such misappropriation. This has been discussed in this wonderful post by Prarthana Patnaik.

Lastly, most IP regimes provide rights that are limited in duration and are expected to expire after they have run their predetermined course. This is incompatible with a large number of TCEs as they evolve over generations, sometimes dating back millennia, and remain valuable to the communities so long as they exist.

A more appropriate means for the protection of TCEs would be the creation of sui generis systems that modify principles of present IP frameworks and combine them with principles intrinsic to the nature of TCEs to suit the latter’s particular requirements. For the past few years, WIPO’s Intergovernmental Committee on Intellectual Property and Genetic Resources, Traditional Knowledge and Folklore has been debating an emerging tiered or differentiated approach, which groups TCEs into 4 broad types on the basis of the availability in public – secret, sacred, narrowly diffused and widely diffused. It suggests a different level of protection for each type, wherein the former two categories would enjoy exclusive economic rights, and the latter two would be vested with only moral rights.

This tiered approach has not been finalized yet. It suffers from controversies because it awards reduced rights in the diffused categories of TCEs, overlooking the possibility that this diffusion might have occurred illegitimately through piracy or widespread misappropriation. This has been further examined here. Nevertheless, it provides a strong starting point, while departing from a ‘one-size-fits-all’ approach that presently accommodates different kinds of TCEs. Other than a tiered approach, any system for TCE protection should be so designed as to allow the communities to decide how they wish to enjoy them – i.e. whether they would like to use them commercially or non-commercially. It should also account for features intrinsic to the nature of TCEs, such as:

In a system based on these principles, black hairstyles would fall in one of the diffused categories. Imitators would be required to attribute the styles to black heritage, and refrain from using it in a manner derogatory to the community.  On the other hand, the commercialization of People tree’s hand block prints, which are unique to artisans from Rajasthan’s Kaladera district, would be facilitated. The artisans would be able to negotiate the terms of use and derive fair remuneration. Documentation and awareness would ensure that misappropriation of their designs do not go unnoticed.

Sui generis systems built on these principles would ensure that TCEs are protected and their source communities are empowered to utilize them. It may take a long time to create a TRIPs-like international framework laying down minimum standards for protection of TCEs. As a country of diverse cultures with several vulnerable groups susceptible to misappropriation, it is imperative for India to adopt an inclusive TCE policy for economic as well as social development.

Many thanks to Sreyoshi Guha for her valuable suggestions that helped shape this post!