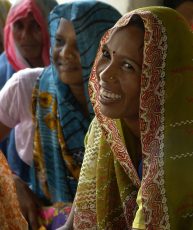 Social research that inquires into power structures is often riddled with hierarchies itself. For instance, the difference in the status of the researcher and the research subject is not devoid of crucial power differentials. Women and minorities in protected works are often written about from an external gaze. Their personhood, expressions and contributions are reduced to that of a passive ‘muse’ or a ‘subject’, being acted upon by the genius author who claims sole authorship of the work to which they may have contributed substantially and indispensably. Similarly, the subaltern Indian research subject exists in the white male imagination as devoid of agency. Research must focus on according these subjects, on whose behalf and for whose empowerment it purchases legitimacy, the right to representation on their own terms. The right to attribution under the Indian Copyright Act can in some sense, allow women and minorities to assert control and agency over their narratives and labour as part of their creative expression.

However, the norm of anonymity is typically a part of research ethics in India and abroad. Social research organisations and institutions provide for this through guidelines such as- “No personal identifier should be collected in research tools to maintain confidentiality and anonymity of participants.”

Social research concerning marginalised communities usually entails involvement with sensitive topics that challenge established hierarchies along the fault lines of class, caste, gender, religion etc. In these contexts, attribution can lead to harmful consequences whereas anonymity (as an expressive strategy itself) can be empowering. It allows the work to be situated in the time, space and location of the research subjects without concerns regarding their privacy, safety or fear of retaliation towards them.

However, such norm-setting or mandating can work to silence voices from marginalised communities and assumes a lack of agency on their part to choose to be named for their works (as protected by the Copyright Act). For instance, many women respondents in rural Bihar actively rejected the idea of anonymity as part of a study by a white woman. Similarly, Richa Nagar is a scholar who has co-authored multiple works with grassroots activists in villages in India, hailing from diverse caste and religious backgrounds. She emphasises the necessity of sharing authority in knowledge production and dissemination, and the importance of co-authorship to mobilise experiences, explore power relations that cause social violence and challenge dominant methodologies and pedagogies within and outside the academy.

Section 13 of the Indian Copyright Act provides for the subsistence of copyright in original literary, dramatic, musical and artistic works, among others. When these works are fixed into any tangible form (in this case, as part of social research for a project), the copyright and moral rights (right to attribution and integrity) for them automatically accrue to those from whom they originate. Fixation is a prerequisite for copyright protection in India but it does not grant copyright or moral rights in works to whoever mechanically fixes the creative expression of another. This is because the contribution made must also be original for it to be protected. The Indian Copyright Act does not define the word ‘original’. However, as per settled case law, it is said to be a work that owes its origin to the author and is created from her skill and labour independently, i.e., it is not a copy of another work.

As per the case of Eastern Book Company & Ors. vs D.B. Modak, we do not follow either the sweat of the brow approach which protects works based on the diligence and labour required to create them or the creativity standard which requires novelty while assessing originality. The work created should not just be the product of mere labour or capital and requires a minimum degree of creativity. As usual, the inquiry into originality would be determined on a case to case basis and depend on the nature of the contribution.

Hence, for works originating from the subject and only mechanically fixed by the researcher, the subject as the author of the literary or dramatic work would remain the first owner as per Section 17 of the Copyright Act. Even when the subjects’ contributions are elicited at the instance of the researcher, the subject would be the first owner unless she assigns her copyright or a particular coterie of rights out of those constituting her copyright, to the researcher via a written, duly executed assignment agreement as per Section 19 of the Act. However, it can be easy for the researcher to fix the subjects’ ideas with a minimum degree of her own creativity in expressing those ideas. That said, research ethics also require interviews with research subjects to be recorded. These contemporaneous or subsequent recordings of the subjects’ expressions by the researcher acting mechanically as a scribe would meet the requirement of fixation, vesting the copyright with the subject.

While copyright in the work can be assigned, moral rights persist with the originators of protectable expressions and are not waived as part of this assignment. As I have noted previously, Indian copyright law provides authors a near absolute right to “claim authorship of the work” as per Section 57(1)(a) of the Indian Copyright Act, 1957 (‘Act’). This is distinct from statutes in other jurisdictions, for instance Canada where the authors only have “the right, where reasonable in the circumstances, to be associated with the work”. Thus, even if it is not reasonable by some assessment to provide attribution to research subjects, due to time and resource constraints, that would not impact their claim for authorship. As long as their contributions qualify as ‘works’ in which copyright subsists, their right to attribution would remain unaffected by variables like research budgets or deadlines. Attribution increases the researcher’s responsibility. Checking transcripts, approving edits, quotes, translations etc., with the authors named in the work costs time and money but cannot be an excuse for denying authorship for contributions to these works. Further, Nandita Saikia has argued that if crediting the work of an author is a matter of public policy, then the waiver of the moral right to “claim authorship of the work” would fall foul of the Indian Contract Act since it would negate the right (to initiate legal proceedings or claim otherwise) to exercise another right (i.e. attribution).

This also throws open a host of questions regarding ownership of the work, permission to use, monetise and benefit from it. It is interesting to explore whether consent forms as required by research ethics would constitute a waiver of copyright by the research subjects, making the researcher the author of the work in question. This would depend on the contents of the forms and interrogation of any unfair terms therein. However, since consent forms do not typically acknowledge the protectable nature of participants’ inputs beyond the maintenance of confidentiality, it is unlikely that they would constitute a waiver of participants’ copyright. Consent forms may mention a plan for sharing results, including a broad reference to dissemination of research findings via conferences, publications etc. Participants’ consent to this may obviate the need to obtain permissions to use their inputs for purposes covered by the consent form. Further, giving any research subject the power to censor pieces based on their expression can conflict with the fair dealing exemptions in the Indian Copyright Act, under Section 52(1)(a) permitting the use of materials for research, criticism, review or reporting of current events. In the aforementioned study wherein many women respondents rejected anonymity, the researcher reflected, “I wonder whether there would be any difference in their thinking about using names if the research had…..criticised the work they were doing.” However, ensuring participants’ meaningful consent is a more honest, ethical and constructive way to initiate dialogue instead of seeking their inputs deceitfully, and hence coercively. Interestingly, an ‘informed’ consent form template for qualitative research by the World Health Organisation mentions that participants can be misled by the researcher if essential, justified and approved by an ethics committee.

There is a need to reconcile institutional guidelines with the rights provided by the Copyright Act. Guidelines requiring anonymity as a norm should move to a system which presupposes research subjects’ agency to opt for or out of anonymity.

Copyright’s male gaze of invisibilising contributions from marginalised communities while depicting their stories denies them the right to be seen and heard on their own terms. Pertinently, the right to attribution can disembed women out of oppressive social structures that have historically relegated them to the domestic sphere. In communities where the honour of women is inextricably tied to the degree of control exercised over them, the right to attribution can be a tool to create works to which their reputation and honour can attach independently. It can operate as a means for self-actualisation and self-determination. Universal privacy or anonymity values can be oppressive in these contexts.

This is another way to reimagine authorship and critique it in its current form for it fails to protect the role of the other, ubiquitous, silent contributor in copyright enterprises. However, inasmuch as the law recognises and protects the creative expression of the other (the alienated subject whose experiences are meant to be foregrounded in social research), the norm of anonymity in research ethics should not presume the waiver of that protection.