Recently, the Madras High Court restrained Patanjali from using the word ‘Coronil’ on its immunity-booster tablets (Arun has discussed the order, here). Soon afterwards, Patanjali obtained a stay on the order from a Division Bench, arguing that ‘coronil’ is a generic term derived from coronavirus and used by nearly 191 companies right now, and the vast difference between their product and the plaintiff’s ensures that there is no likelihood of confusion between them. This is a reasonable decision, since the restraining order did not adequately consider the question of consumers drawing a mental association between the marks in question. In this post, I will be focusing on the Single Judge’s interpretation of dilution under Section 29(4) of the Trade Marks Act 1999, and the serious inconsistencies created by it.

To put it simply, the Plaintiff (‘Arudra’) who manufactures industrial chemical agents under the trademarks ‘CORONIL-92 B’ and ‘CORONIL-213 SPL’ claims that Patanjali’s coronil tablets would dilute the value of its trademark. Propounded by Frank Schechter in his seminal work, The Rational Basis of Trademark Protection, the theory of dilution holds that some trademarks achieve a degree of fame so as to develop a psychological hold over the public. This hold creates an independent selling power which is impaired even when the mark is used on dissimilar goods. In such a situation, consumers are not ‘confused’ about the source of goods, they are quite aware of the different sources denoted by the marks. This parallel association with a second source dilutes the brand‘s value and loosens the psychological hold achieved by the first mark. Thus, that mark must be granted protection even against trade in dissimilar goods.

The anti-dilution provision is contained in Section 29(4) of Trade Marks Act 1999. It protects against a mark that –

(b) is used in relation to goods or services which are not similar to those for which the trade mark is registered : and

In the present case, Patanjali relied on the Ford Motors decision (covered on the blog here) to argue that the term ‘reputation in India’ in Section 29(4) implied that the mark in question had to be a ‘well-known mark’. Ford Motors had acknowledged parliamentary discussions stating that the (then) Trademark Bill ‘…seeks to extend protection for well-known trademarks…’ Patanjali thus insisted that Arudra’s trademarks did not meet the well-known mark threshold for Section 29(4) to apply.

Rejecting this, the Single Judge interpreted ‘reputation in India’ in the literal sense, finding that it meant ‘nothing more, nothing less.’ Relying on several decisions including US Supreme Court’s 2020 decision in Bostock v. Clayton County a literal interpretation was favoured, stating that there is no ambiguity in the statute giving rise to multiple interpretations that would require an inquiry into the legislative intent.

While ‘reputation in India’ in itself appears unambiguous, it has to be noted the statute neither defines the term, nor provides any means of assessing this reputation. On the other hand, well-known trademark is defined in Section 2(1)(zg) as ‘..a mark which has become so to the substantial segment of the public which uses such goods or receives such services that the use of such mark in relation to other  goods or services would be likely to be taken as indicating a connection in the course of trade..’ Further, Section 11(6) lays down a set of factors that are to be considered by the registrar in determining whether a trademark is well-known. If ‘reputation in India’ is intended to be a separate standard altogether, it is strange that there is no mention of it elsewhere in the statute while considerable explanation has been devoted to well-known marks.

Moving further, Section 11(2) of the Act which provides relative grounds for rejection of a trademark appears almost like a mirror-image of Section 29(4).

“A trade mark which-

The Single Judge’s interpretation gives rise to a situation where a claim under Section 29(4) can be brought if a trademark can establish a reputation in India (an apparently lower threshold), but if the offending trademark is preemptively opposed during registration, the senior mark will have to prove that it is a well-known trademark (higher threshold) to ensure refusal. This creates an inconsistency in the larger scheme of trademark law which could effectively promote bringing dilution claims under Section 29(4) rather than opposing registration. Further, it completely inverts trademark theory, which treats dilution as an exception to the general rule available only to very famous trademarks.

Patanjali had also pointed out that the provision corresponding to Section 29(4) in UK’s Trademarks Act, 1994 which uses the exact same language in its Section 10(3), i.e., ‘reputation in the UK’ remains consistent in its use of that phrase even in Section 5(3) (corresponding to India’s Section 11(2) on well-known trademarks). Thus, there occurs no duality in standards of fame for trademarks.

Interestingly, ITC v. Phillip Morris (a judgment which relies on the ECJ judgment of General Motors Corp v. Yplon) explains the term ‘reputation’ to mean a mark ‘known by a significant part of the public concerned by the products or services covered by that trade mark.’ It is noteworthy that this definition is very similar to that of well-known trademarks under Section 2(1)(zg). (If anything, this appears to be an even higher standard so far as it requires the mark to be known by people ‘concerned with it’, as opposed to those who ‘use it’ per Section 2(1)(zg)).

The Single Judge however reflected on the multitude of provisions in India’s Trade Marks Act dealing with well-known marks to suggest that this is deliberate and shows Parliament’s intent that well-known marks be treated as separate from those with reputation in India. It did not satisfactorily address the problems brought about by this duality. 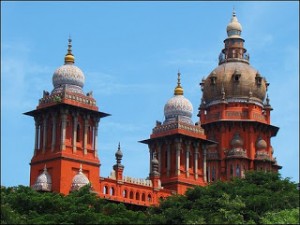 Arguably, the whole problem of dual standards can be resolved if well-known trademarks and marks with reputation are interpreted as same in the light of the objects of the statute and trademark law in general. Prof. Gangjee has suggested this approach in his paper, pointing out that Trademark Rules, 2002 in Rule 48(b)(vi) implies that well-known trademarks are those that ‘have a reputation’. But the Single Judge through a literal interpretation has impliedly treated reputation in India as a checkpoint on a spectrum of which well-known mark forms the terminus.

The analysis of Arudra’s ‘reputation’ too is questionable to an extent. Its products are industrial chemical agents and are directed at a very specialized consumer base, whereas Patanjali’s tablets are for the general public. Relying on this, Patanjali had argued that Arudra’s consumer base is far too remote and will not draw a mental association with their tablets, ruling out the possibility of dilution. In ITC v. Phillip Morris, this need to establish ‘mental association’ or ‘linkage’ was emphasized by quoting Prof. McCarthy, ‘if a reasonable buyer is not at all likely to think of the senior user’s trademark in his or her own mind, even subtly or subliminally, then there can be no dilution’. This question has not been scrutinized in detail. Instead the judgment discusses Patanjali’s initial coronavirus-cure claim being changed to immunity-boosting claim and acknowledges Arudra’s apprehensions that an association would make the public think that their products will also water down to something of inferior quality than what is suggested (see para 119). It also relies on Blue Hill v. Ashok Leyland which ruled that use of the word ‘Luxuria’ infringes upon the trademark ‘Luxura’ for comfort buses (see para 125), overlooking the fact that the class of goods of both marks in that case were the same, which is not the case presently.

Lastly, the court has concluded that Arudra having only 31 customers cannot be used against it because the number of heavy industries in India is limited. It has also strongly suggested that Patanjali cannot browbeat its 10,000 crore turnover to downplay Arudra’s reputation. While this appears equitable, stepping back from the ‘big fish v. small fish’ lens, one may argue that reputation of a brand is in fact correlated to the scale of its operations, public perception and financial success. Notwithstanding the well-known mark v. reputation in India issue, Arudra seems to be reaping the benefits of what is known as the ‘niche fame’ problem. A trademark present only in a highly specialized channel with far fewer consumers has a lower burden of proof to establish its reputation but is nevertheless enjoying anti-dilution protection against marks that have a larger, more diffused customer base. Conferring this extended protection to Arudra across classes may well be anticompetitive as it allows niche-fame-trademarks a wide, and seemingly undeserved monopoly. Hopefully, this will be examined further in the upcoming decision.

Importantly, on 27th August, the Supreme Court refused to interfere with the Division bench’s stay order in response to a special leave petition filed by Arudra, leaving the matter to be disposed off by the High Court in the final hearing scheduled on 3rd September. While the Supreme Court’s intervention could have helped settle the question of dilution in its entirety, for now, it is up to the Division Bench to address the issue.