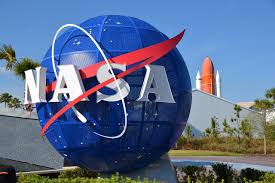 We’re pleased to bring to you a guest post by Shivam Kaushik, analysing the patentability of orbital transfer trajectories of spacecrafts in light of the recent patent grant to NASA in the US for ‘a method for transferring a spacecraft from the Geosynchronous Transfer Orbit (GTO) to Lunar Orbit’.

Shivam is a 5th year law student at Banaras Hindu University, Varanasi. He’s previously also written guest posts for us, titled ‘Copyright and Webinars: Ownership, Licensing and Fair Use’ , ‘Govt’s Draft Model Guidelines on Implementation of IPR Policy for Academic Institutions – A Critique‘ and ‘Reengineering of the Requirement of Disclosure of Foreign Applications by the 2019 Patent Manual‘.

A couple of months ago, it was reported that the US Patent & Trademark Office (USPTO) has granted a patent to NASA for a new route to the moon – a trajectory designed to save lunar bound mission time, fuel and money and thus, making lunar travel cheaper and faster. The patent document claims that the invention is ‘a method for transferring a spacecraft from the Geosynchronous Transfer Orbit (GTO) to Lunar Orbit.’

As a direct shot to the moon is costly, space agencies prefer getting their spacecraft to orbit around the earth to gain some momentum using which it can escape the gravity of earth without using much fuel. Thereafter, the spacecraft is injected into the orbit of the moon. This transition (trajectory) from the earth orbit to the moon orbit is what the NASA patent deals with.

Can a space trajectory be patented?

This is the first question that popped in my mind when I read about the NASA patent. For anything to be patented, it has to satisfy the triple requirement of novelty, non-obviousness, and usefulness. And furthermore, the subject matter of invention must not be an excluded subject. A ‘new’ trajectory can easily satisfy the requirement of novelty and usefulness. Its patentability hinges on the question of obviousness and whether it is an excluded subject matter in itself.

A space trajectory is a creation made by numerical modelling. So fundamentally, it is a mathematical equation. On the question of obviousness, in a paper written in 2017, Koppel argues that in case of an orbital transfer patent, the patent is not on the existence of an orbital trajectory or on a basic law of physics. Instead what is patented is the much complex process of trajectory evolution which includes several ‘unobvious actions’ for getting such specific orbital evolution, like providing the thrust in the right direction at the right locations or actions that are needed to get the expected benefits. It’s a patent on a process to move a spacecraft from one orbit to another by firing rockets at precise timing. Combination of both orbit evolution and actions can make the process patentable.

Koppel’s colleagues in flight dynamics do not acquiesce and contend that nowadays one can obviously find what is claimed in an orbital transfer strategy using simply a computer program. While, in case of Koppel patent or Spitzer patent it can be argued that they had an element of non-obviousness as the first computer optimisation tool could be made only in 1997 but giving patent to a trajectory in 2020 which can be arrived at by computer programme makes no sense.

The US patent statute (35 U.S.C. § 101) states that a patent may be granted to any new and useful ‘process, machine, manufacture or composition of matter’. Since the inventors characterise the orbit transfer trajectories as processes, it at least clears this hurdle easily. The Supreme Court of the US (SCOTUS) has dealt with the question of patentability comprehensively in the landmark cases of Myriad, Mayo and Alice and clearly laid out the categories of inventions that are not patentable: laws of nature, natural phenomena and abstract ideas. Apparently, the category of abstract ideas includes mathematical equations and arithmetic within its sweep.

The status quo of the patent regime in the US, as laid down by the US Court of Appeals in SAP America v. Investpic (2018), is that mathematical formulae and algorithms can qualify for patent  protection if they are involved in the creation or improvement of physical things. Conversely, if what is claimed is a wholly abstract idea or improvement in a mathematical technique itself, then such algorithm cannot be granted a patent. Since, the equations are developed as part of some space mission (like the NASA patented trajectory is meant to be used in DAPPER spacecraft), in terms of the existing requirement it seems that they are not at least excluded from the purview of patentability.

While the requirement of novelty, inventive step, and the industrial application are there in India too, India’s Patents Act, by virtue of section 3, is a tad more specific about what cannot be patented, in comparison to its American counterpart. Two clauses that are our concern are: (i) section 3(c) which proscribes patenting a ‘mere’ formulation of an abstract theory, and (ii) section 3(k) which says that a mathematical method or algorithm is not patentable. OTT can jump over the hurdle put forth by clause (c) by contending that they are not a ‘mere’ abstract theory but have practical application and significance in the cosmos. But section 3(k) casts the net too wide for OTT to escape. The Manual for Patent Office Practice and Procedure (page 97) shows that the practice of Indian Patent Office is to interpret the word ‘algorithm’ as “all forms of algorithm including but not limited to procedure or any sequence of steps or any method expressed by way of finite list of defined instructions, whether for solving a problem or otherwise…”

A case at point is Electronic Navigation Research Institute v. Controller General of Patents and Designs decided by the IPAB. In this case, the IPAB held that Indian patent law does not provide for a patent even if the mathematical method includes technical effects. The Board took aid of the landmark decision in Yahoo v. Rediff wherein it was held that inventive step in the form of technical advance must not be related to a feature which is a part of the excluded subject matter itself.

The desirability of handing out patents to OTT is not an academic question as they have led to real world repercussions. One interesting episode related to OTT patents is that of the AMC-14 satellite. The satellite launched in 2008 could not be placed in the intended GTO and was left stranded in a useless orbit. The satellite could have been salvaged by a lunar flyby but incidentally Boeing had a patent relating to lunar flyby manoeuvre. SEC, the owner of the satellite could not secure a license for the same from Boeing and had to eventually abandon the salvage operation. The event created considerable furore with some comparing the incident to a scenario where “a factory caught fire and fire truck could not come because a competing factory had patented the route from the fire house.’” Some blamed the US Court’s standards which according to them are increasingly accommodative towards subject matter patentability, as the manoeuvre in question is just an application of basic physics to spaceflight.

From the survey of the legislative scheme it seems that in India, OTTs cannot be patented due to the interpretation adopted by the IPAB. Under the US patent scheme, the answer is not as straightforward and the fact of the situation is that USPTO is handing out patents for OTT. The present state of things might have been different had SES challenged the patent of Boeing or Boeing had to sue SES had SES used lunar flyby without a license because then a Court would have got to rule on the validity of the patent. But none of this happened and the current state of things is that USPTO is still handing out patents for trajectories to inventors and space agencies. The validity of the patents in question is doubtful because of the obviousness criteria, although it may be said that the essence of all good patents is to find that they were obvious after having found them.