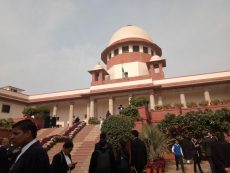 Recently, in a Special Leave Petition, the Supreme Court dealt with certain pertinent issues such as the separation between revocation of registration – in infringement suits and in cancellation actions and cause of action and interpretation of the term ‘High Court’ under the Designs Act, 2000. In S.D. Containers Indore v. Mold Tek Packaging, a division bench of the apex court provides clarity that ‘High Court’ under Section 22(4) includes a High Court that does not have ordinary original civil jurisdiction. The court stated that in case of infringement suits under Section 22(4), the cause of action arises in the state where the suit had been initially filed and not the state where the designs are registered. This post seeks to summarise the judgement and analyse it with reference to precedents.

Section 19(1) provides for grounds for cancellation of a design registration through a petition before the Controller. Section 19(2) states that: ‘An appeal shall lie from any order of the Controller under this section to the High Court’. Section 22(4) provides that ‘where any ground on which the registration of a design may be cancelled under section 19 has been availed of as a ground of defence under sub-section (3) in any suit or other proceeding for relief under sub-section (2), the suit or such other proceeding shall be transferred by the court, in which the suit or such other proceeding is pending, to the High Court for decision.’ (emphasis added)

After perusal of Section 7 of the 2015 Act, the Supreme Court found that it only deals with High Courts having ordinary original civil jurisdiction and there is ‘no provision in the 2015 Act either prohibiting or permitting the transfer of proceedings under the 2000 Act to High Courts which do not have ordinary original civil  jurisdiction.’ The court stated if there is a counter-claim for cancellation of registration, then even if the High Court does not have such jurisdiction, the transfer of the suit to the High Court is mandatory and a ‘ministerial act’. The court also differentiated between revocation action – before the Controller and in an infringement suit, stating that they are ‘independent provisions giving rise to different and distinct causes of action’. The Apex Court stated that since the cause of action had arisen in MP, the suit should be transferred to MP High Court, Indore Bench.

The judgement seems well-reasoned and brings clarity regarding certain important issues. The court relied on different high court judgements in the deciding the commercial court jurisdiction issue. If MP High Court’s decision had not been petitioned for appeal and the Supreme Court had not adjudicated on it, the decision would have created conflicting precedents. In the present case, the court stated that there are two options for revocation of registration – first, with the Controller, which can be appealed before the High Court and second, in an infringement suit before a civil court. By stating that the Section 19(2) and 22(4) are independent provisions, the court essentially separated prosecution and litigation actions. While stating that the MP High Court had wrongly relied on the Godrej Sara Lee v. Reckitt Benckiser (Godrej Sara Lee)(discussed here), the court distinguished the situation from the present case. In Godrej Sara Lee, an application for cancellation under Section 19 had been filed and it was held that the High Court had jurisdiction only in case of appeal. Thus, it dealt with Section 19(2), while the present suit deals with action under Section 22(4). Bombay High Court’s decision in Whirlpool v. Videocon was heavily relied on by the court and a portion of the judgement was quoted which stated that section 19 and 22 operate in their own spheres. A question arises that whether ‘independent’ means that the two provisions can operate simultaneously.

The Commercial Court, Indore had originally transferred the present suit to Calcutta, as the designs were registered there. The court relying on Godrej Sara Lee held that jurisdiction lies with the high court where the cause of action arises. Since the suit had been filed in Indore and no part of the cause of action had arisen in Kolkata, the Supreme Court transferred the suit to MP High Court, Indore Bench. However, as discussed in the above para, Godrej Sara Lee dealt with a cancellation action under Section 19. In Godrej Sara Lee, the Supreme court had stated that as the cause of action was the cancellation of registration that happened in Kolkata, the Calcutta High Court had jurisdiction. Thus it can be fairly concluded that above judgements are consistent, as in case of a cancellation action under Section 19, the jurisdiction lies with the High Court where the cancellation action has been taken. And in case of a counter-claim in an infringement suit, the cause of action arises where the suit has been initially filed by the Plaintiff.

In case of trademarks, Section 124 of the Trademarks Act, 1999 states that if an infringement suit has been filed and ‘the court is satisfied that the plea regarding the invalidity of the registration of the plaintiff’s or defendant’s trade mark is prima facie tenable’, the suit will be adjourned to give the opposing party time for applying to IPAB for rectification of register. In Patel Field Marshal v. P.M. Diesels, the Supreme Court stated that the reason for this ‘prima facie tenable’ test is ‘to further the cause of justice by elimination of false, frivolous and untenable claims of invalidity that may be raised in the suit’. This preliminary assessment helps in avoidance of wastage of time. A similar standard could be considered for assessing design infringement claims before transferring it to the High Court under Section 22(4). Hopefully, in the future a similar provision could be added in the Designs Act, 2000. The Supreme Court’s decision in the present case seems to be sound in law and a step in the right direction.