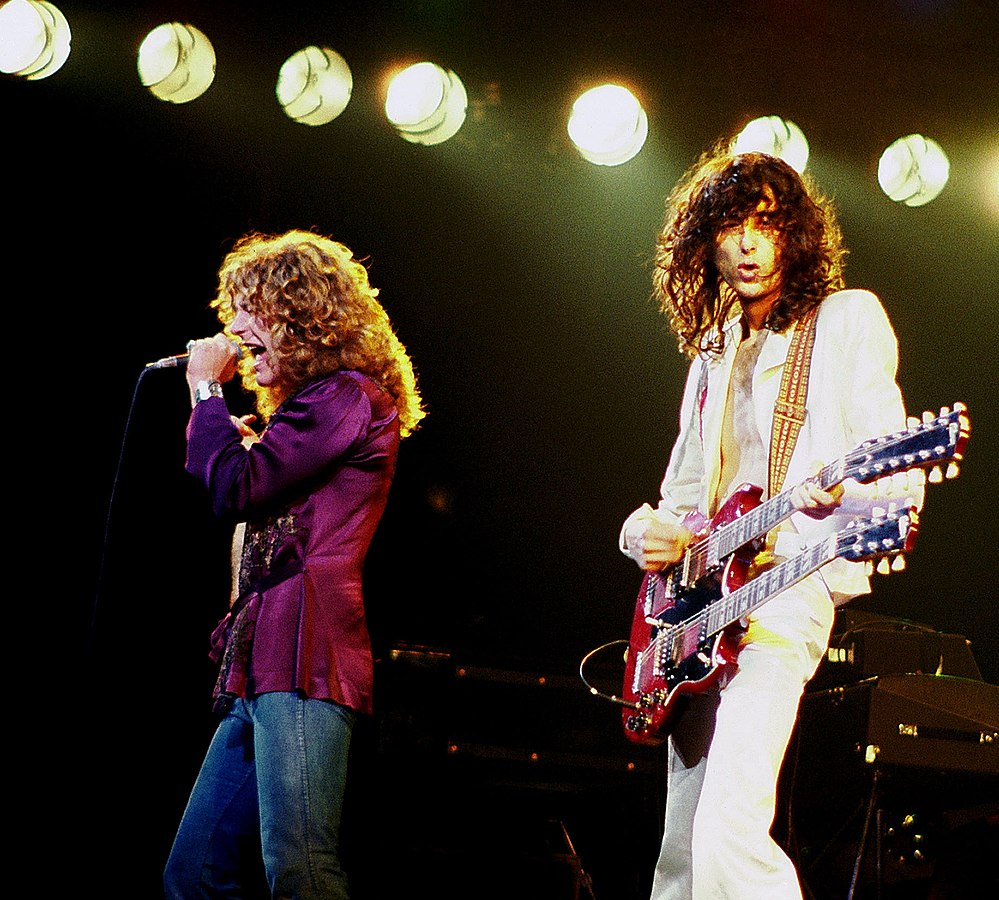 We’re pleased to bring to you a guest post by Prerna Sengupta and Riddhi Bang, critiquing the inverse ratio rule of copyright infringement and its application by Indian courts, in light of the US Supreme Court’s ruling in the ‘Stairway to Heaven’ copyright dispute last year. Prerna and Riddhi are 2nd year students at the NALSAR University of Law, Hyderabad.

Our previous posts relating to the ‘Stairway to Heaven’ case can be viewed here, here and here.

The Inverse Ratio Rule: On Its Stairway to Heaven?

The evolution of copyright law in consonance with the music industry has failed to maintain peace with the technological advancements. An example of this is the redundancy of the inverse ratio rule in today’s era of streaming. The inverse ratio rule states that in a copyright infringement case, where a high degree of access of the allegedly infringed work is shown, a lower degree of similarity is required to establish infringement. This rule was overturned in the ‘Stairway to Heaven’ case in October last year.

Composed by the band Led Zeppelin, the song ‘Stairway to Heaven’ is often considered as the most popular rock song of all time. Randy Wolfe, a member of the rock band ‘Spirit’ stated that this song showed a striking similarity to his band’s 1968 instrumental ‘Taurus’ but never sued. In 2014, Michael Skidmore filed a suit against Led Zeppelin for copyright infringement on behalf of Wolfe’s estate.

This six-year long legal battle came to an end last year with the US Supreme Court declining to hear the case thus upholding the judgement given earlier by an 11-judge panel of the Ninth Circuit Court of Appeals in favour of Led Zeppelin. This post explores the concept of inverse ratio rule and its efficacy in today’s technologically forward world. Furthermore, the authors attempt to critique the use of this rule by Indian courts against the threshold set by the Court in the ‘Stairway to Heaven‘ copyright infringement case.

The inverse ratio rule was established in 1977 by the Ninth Circuit (San Francisco based US Court of Appeals). However, this rule has been considered to be problematic because ‘more’ access to someone’s work doesn’t necessarily mean that such work has been copied. Therefore, this rule can lead to erroneous findings because the jury is led to believe that a certain degree of access automatically establishes copying. The general fallibility of this rule led to a horde (pg. 27) of contradictory decisions over time and was overruled by the Court of Appeals in the case of Skidmore v. Led Zeppelin in March last year.

At the outset, an infringement analysis entails that the plaintiff demonstrate both (1) ownership of a valid copyright, and (2) copying of constituent elements of the work that are original. To establish the second requirement, the Ninth Circuit necessitates the plaintiff to show copying (shown by circumstantial evidence of access to the copyrighted work) and unlawful appropriation (the similarities between the two works must be ‘substantial’ and they must involve protected elements of the plaintiff’s work).

The inverse ratio rule has been used (pg. 28) both in the context of copying and unlawful appropriation, muddying the waters as to what part of the infringement analysis the rule applies. This checkered application of the rule over the years has led to various inconsistencies in Ninth Circuit decisions proving copyright infringement.

Understanding the lacunae of the rule

The inverse ratio rule cannot be a measure to establish the degree of copying but a mere tool to show that there was indeed an act of copying. Once it is proved that there was in fact copying, then the access stands inconsequential as the question now shifts to infringement analysis. In a case where a song enjoys great popularity and wide dissemination, but the defendant has not heard it, the court is likely to find, nonetheless, that the defendant had access to it thereby deceptively proving that the work was copied.

Even in the Led Zeppelin case, the court was of the opinion that the inverse ratio rule ‘is not part of the copyright statute, defies logic, and creates uncertainty for the courts and the parties’. The judgement cited Sid & Marty Krofft Television Prods., Inc. v. McDonald’s Corp where it was admitted that the standard in this rule is impossible to quantify and Arc Music Corp. v. Lee where the court was of the opinion that the idea of this rule is a “superficially attractive apophthegm which upon examination confuses more than it clarifies“.

The inverse ratio rule places a heavy reliance on ‘access’; which was formerly justified because of its value as reasonable circumstantial evidence but now has been attenuated owing to accelerating digital and technological interconnections and is today proven by merely large-scale circulation of work. All forms of creative work can be made available quickly and easily by means of the internet and therefore there are no geographical barriers preventing access.

Today, with the popularity of YouTube, Spotify, Netflix and such, ‘access’ can be demonstrated by simply showing that the work in question was available on demand. This way thus, the rule dilutes the standard of similarity with a result that people whose work is more accessible are unjustly better-off. This holds especially true for a creative art form like music which is more readily available than ever. Today, a person could create a new and original piece of music from their home and it can be made available online to thousands of people across the world almost instantly. The wide dissemination as a basis for finding access undercuts the legal rationale of the inverse ratio rule and establishes a minimal barrier for plaintiffs.

Consequently, the proof of access or inverse ratio rule is an antiquated element which clearly does not have any utility in determining copyright infringement in the age of the internet.

The inverse ratio rule has not been established directly in India before. However, courts have used the proof of access test to determine copyright infringement. The Delhi High Court in the case of Twentieth Century Fox Film v. Zee Telefilms Ltd. & Ors. stated that in the absence of direct evidence, secondary evidence could be established by proving similarities in the imputed and original works along with proving that the defendant had access to the plaintiff’s work. Additionally, in the case of Mansoob Haider v. Yashraj Telefilms Pvt. Ltd., the court stated that access is material in determining copyright infringement.

Most recently, the Bombay High Court last year in a case concerning Netflix’s horror drama ‘Betaal’ used this test. The plaintiff alleged that the drama was copied from his literary work titled ‘Vetaal‘. The court held that it did not constitute a copyright infringement and one of the reasons accorded for the same was that the story of ‘Vetalam’ was a well known story in Hindu mythology. This reasoning seems to be particularly erroneous because the mere fact that everyone knows or has ‘access’ to a popular story in Hindu mythology does not prevent one from creatively producing a new piece of work inspired from the original myth. Access does not supply the lack of similarity and therefore, a rule such as the inverse ratio rule only creates more problems than it solves.

In today’s time where everyone has access to a great deal of content available online on demand, the bar then, for proving copyright infringement would be set extremely low when the inverse ratio rule is used thereby preventing anyone from creating anything inspired from any sort of content available on the internet simply because they were able to access it.

The inverse ratio rule which was formerly used by defendants to defend themselves and protect independently created music instead became a tool for plaintiffs to establish copying by simply showing that the defendant could access the plaintiff’s work. By overruling the inverse ratio rule, the US Supreme Court in Skidmore v. Led Zeppelin sought to level the playing field for both plaintiffs and defendants.