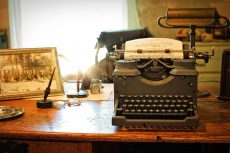 Recently, the Screenwriters Rights Association of India (SRAI) filed a revised application before the Registrar of Copyrights to be recognised as a copyright society under Section 33 of the Copyright Act, 1957. SRAI aims to negotiate, collect and distribute royalties on behalf of screenwriters in works authored by them. It had previously applied for registration in 2017 as well, but the application disappeared for unknown reasons (see the discussion here). On 27 November 2020, the Copyright Office issued a public notice (which includes the application for those who want to see it) inviting comments from industry stakeholders as well as members of the public regarding the registration within 30 days. On a bare perusal, the present revised application seems to have an additional annexure regarding the last audited balance sheet and income and expenditure account/bank balance. In this post, we discuss the rights available to screenwriters under the Copyright Act, 1957, and analyse SRAI’s application to understand how it proposes to uphold their rights.

Why Royalties have to be paid to Screenwriters?

The law relating to film royalties in India underwent a sea change in 2012. Prior to the Copyright (Amendment) Act 2012, underlying works incorporated in cinematograph films and sound recordings were considered to be created as part of a ‘contract of service’ under Section 17, which transferred the copyright therein to the producer or ‘employer’ (see IPRS v. East India Motion Pictures, 1977). This effectively denied the authors of underlying works any profits in their work beyond the initial assignment fee, even if the song went on to earn huge profits in the market. While an ‘agreement to the contrary’ was statutorily possible, the cartel-like power dynamics among producers in the film industry meant that individual authors had inconsequential bargaining power.

The 2012 Amendment, in a bid to remedy this injustice, created provisions for a ‘right to receive royalties’. While the producer remains the owner of the copyright, Section 18 now mandates that the royalties earned through the utilization of the literary works in non-cinema hall uses be shared equally between the authors and copyright owners as a matter of right (discussed here). This right cannot be waived through contract, nor is it affected if the copyright changes hands through assignment [Section 19(9)].

In context of works created by screenwriters, this right means that no matter who comes to own the copyright over a script or story, if the same is utilized for any purpose other than cinema hall shows, the authors have a legal right to be paid royalties. So, for instance, if a film script has been licensed for the purpose of creating a web-series, then the author is entitled to royalties for this utilization.

The 2012 Amendment also brought about certain reforms in the law relating to copyright societies. According to Section 34(3) of the Copyright Act, 1957, copyright societies are responsible for licensing works created by its members, collecting royalties for the same, and for distribution of these royalties to the members and/or producers. They primarily work to protect the interests of their members and increase their bargaining power before potential licensees. SRAI’s application for registration covers work created by screenwriters such as the story, script, screenplay, and dialogues of films. It excludes lyrics, as those are the domain of Indian Performing Rights Society. Notably, while SRAI may be applying for registration as a copyright society, it is not the only association which undertakes measures to protect the interests of screenwriters in India – more on that later below.

Screenwriters are statutorily entitled to an equal share of royalties when their work is exploited by ‘reproduction in any material form including any digital form’, i.e., when the movie appears on satellite TV or OTT, or by ‘public performance’, or by ‘translation’ or ‘adaptation’ of such work (literary as well as dramatic works, i.e., the script as well the movie) (see MoA, page 28, para 1 of the application).However, over the years, screenwriters in India have talked about being bullied into one-sided contracts or deals which do not pay them their due as writers of scripts that go on to receive huge profits as well as critical acclaim. While the 2012 Amendment makes equal royalties a legal compulsion, it appears that writers are yet to begin receiving it.

Famous screenwriters such as Anjum Rajabali, Javed Akhtar, Kamlesh Pandey and Saket Chaudhary among others, who have previously spoken about such issues, came together in 2016 to form SRAI. The society has been incorporated as a not-for-profit company, limited by guarantee. [SRAI’s Articles of Association (AoA) and Memorandums of Association (MoA) seem to have been inspired from the AoA and MoA of Collective Management Organisations abroad.]While SRAI’s functions can be expected to be in line with what Section 34(3) prescribes, it has enlisted its specific purposes in the MoA, which ranges from registration of members’ works to entering into contracts with third parties on their behalf in respect of the use of their works. The society plans to publish a tariff scheme which will provide the rates for issuance of licenses and/or assignments for the members’ works to third parties. A tariff scheme generally specifies the different royalty rates for various uses. The society will also have the power to initiate and maintain litigation for recovery of royalties in case of default. It seeks to ensure protection and enforcement of members’ IP outside India and one of the ways it plans on doing so is by establishing relations with foreign associations that share similar objects or ones that are formed for the promotion of welfare of its members. It also aims to create awareness among its members regarding the availability of rights and remedies to them under various laws and regulations. As per the MoA, the society aims to act as a ‘vital link’ between the fraternity and facilitate settlement of disputes. It also intends to assist its members requiring basic survival support by means of formation of grants, donations and trusts. Hopefully, SRAI will work towards creation of an emergency fund that would help its members in situations such as the present pandemic.

There are some things about SRAI’s application that are worth noting.In Form VIII under Rule 44 of Copyright Rules, 2013 (page 4 of the application), SRAI has mentioned that it proposes to carry on the business of licensing/assigning in respect of ‘literary and dramatic works’, while in the MoA, it is stated that the main object of SRAI is ‘to promote, protect and enforce the general professional interests of all Authors, Creators and Owners of any Literary Work’ (emphasis added). The application refers to only Literary works at certain places, while it mentions both – literary and dramatic at others.This distinction is particularly important because the right of royalty available to authors of literary works is not available to those of dramatic works (2012 Amendment applies only to literary and musical works). Since film scripts may classify as either literary or dramatic work depending upon whether they are intended for direct screenplay, different rules of assignment will come into play while negotiating licenses for the works respectively. It would be helpful if SRAI would clarify its scope of operation.

Page 34 of the Application states that 7 people wish to be formed into a company, however Annexure 2 (see page 11) provides that ‘the Applicant’ consists of 8 people. Page 1 states that the SRAI has applied for registration as a copyright society, thus it can be inferred that the company is the applicant. The inconsistency in the number of people involved in formation of the company and the number of applicants should be sorted out at the earliest as it might lead to problems later.

Screenwriters Association – not to be confused with SRAI – is a trade union of screenwriters and lyricists that came into existence in the early 1950s, under the name of ‘Film Writers Association’. In 2016, it changed its name to ‘Screenwriters Association’ (SWA). It is registered under the Trade Union Act, 1926 (and therefore not eligible to register as a copyright society). SWA is an independent organization that SRAI has not claimed any legal association with. However, it is worth noting that there appear to be certain commonalities in their objectives and possible overlaps between the spheres of activity of SWA and SRAI.

SWA’s membership is available in three categories – regular/life, fellow, and associate members.  According to its website, SWA allows the registration of members’ scripts and lyrics and charges a certain fee for the same. SRAI too provides for registration of its members’ work, but it is unclear whether they intend to register these works with the Registrar, with the SWA or with themselves independently.

As a trade union, SWA has engaged in a lot of activities to uphold the rights of its members. The SWA has formulated Minimum Basic Contracts (Film, TV, Lyrics, Digital) (see FAQ 4) and has also been working towards fair remuneration which it is trying to get producers to accept. It has also introduced a standard release form in order to prevent victimisation of writers.

During the COVID-19 pandemic, the SWA went ahead and offered its members all kinds of assistance, including assistance for food relief. Presumably SRAI will also aim to form a general social fund for members in need and additionally, an emergency fund for situations such as a Pandemic or financial crises. While it is good to have multiple organizations working for the welfare of screenwriters, this degree of overlap could confuse the members of these organisations as to whom they must approach for the resolution of their issues.

In 2017, as an unregistered society, SRAI could have started the issuance of licenses on behalf of its members as their ‘authorised agent’ under Section 30. However, this would have presented twin problems – first, Section 30 states that license for a work can be granted by an ‘owner’ or his ‘duly authorised agent’, but since screenwriters are generally authors and rarely owners, this may exclude majority of them from the operation of the society and second, under Section 55, infringement action can only be initiated by the owner or his exclusive licensee, not by the agent, thus excluding infringement actions from the purview of the SRAI. Thus, a registered copyright society seems the most practical way, in helping screenwriters get their due (H/t to Shriya Gopalakrishnan for pointing this out).

It is no secret that authors of underlying works such as screenwriters have historically faced challenges in securing the fair value due to them. Other copyright societies such as IPRS and ISRA have been proactive in their efforts to assert the rights of their members before producers as well as in court. SRAI’s application, if accepted this time, would greatly benefit the screenwriters by institutionalising the system for royalty collection and promoting their interests. It is worth noting that SRAI has invited stakeholders such as the Producers Guild, the Indian Film & TV Producers Council, the Motion Picture Association, broadcasters, OTT platforms, and others to communicate each others’ concerns and resolve any issues regarding screenwriters’ rights. While the chances of success of this society’s efforts might be curtailed by the lack of sanctions under Section 33 of the Act, 1957, such a move is a progressive step to establish healthy discourse among the various stakeholders in the film industry that would ensure that fewer conflicts arise.