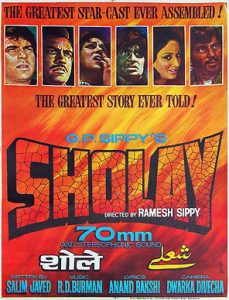 The Copyright Office in the Department of Industrial Policy and Promotion has recently issued a public notice stating that the Screenwriters Rights Association of India (“SRAI”) has applied to the Registrar of Copyrights for registration as a copyright society under Section 33 of the Copyright Act, 1957. The public notice and the application by the SRAI are available here. Public comments including suggestions or objections to the application may be addressed to the Copyright Office by September 28, 2017.

From the application and a search of the company’s data available with the registrar of companies, it appears that that the SRAI is a company limited by guarantee, incorporated in February of this year, for pursuing the objective of licensing literary works on behalf of its members, as a copyright society under Section 33 of the Copyright Act. Its governing body consists of screenwriters and film luminaries Saket Choudhary, Javed Akhtar, Anjum Rajbali, Vipul Shah and Kamlesh Pandey. The SRAI has filed its application to administer copyrights in literary works authored by its members, including stories, plays, screenplays and dialogues.

It its application is accepted, the SRAI would be the fifth copyright society registered under the Copyright Act, after the Indian Reprographic Rights Organization, (for literary works), the Indian Singers Rights Association (for performer’s rights), the Indian Performing Right Society (for musical works) and the Phonographic Performance society (for sound recordings). (Edit: Only the registration for ISRA is currently valid, post the 2012 amendments to the Copyright Act, which require re-registration).

The Road Ahead for Collective Licensing – Registered Societies or Private Agencies?

The application comes at a time where the role of copyright societies, and the legitimacy of new models for collective licensing are under a lot of scrutiny. The controversies surrounding copyright societies are a subject we have spilt much ink and ire over at this blog. Most recently these have revolved around the attempts by Collective Rights Organisations (“CROs”) to escape the rigour of the scheme under the Copyright Act, without obtaining registration as a copyright society under Section 33 of the Copyright Act, which requires that licensing of copyright by an organization in its own name must be done only through a copyright society. The amendments to the Copyright Act, in 2012, were introduced to prevent the mismanagement of copyright societies and put them under greater scrutiny. CROs are relying on Section 30 of the Copyright Act, which allows for the owner or their ‘duly authorised agent’ to also issue licenses in their own name, to claim that they are authorised to administer authors’ rights. The Bombay High Court, in the case of Leopold v Novex, had held that Section 33 did not abrogate the possibility of agents licensing works under Section 30. Subsequently, CROs have claimed to be administering licenses as private companies and not subject to the various obligations under the Copyright Act which ensure transparency and accountability of these organisations. However, the Delhi High Court and Bombay High Court have intervened in specific cases where such unregistered CROs have attempted to enforce their rights under Section 30, primarily by designing interim measures for greater transparency such as providing copies of the assignment deeds claimed to have been obtained from the authors. At the same time, Courts have not gone into the larger question of how CROs should be regulated, and what is the scope of private companies in the administration of copyright licenses. Even so, as we reported earlier, new companies such as Phonographic Digital Limited are being incorporated as CROs.

Regardless of the position of law, SRAI can hopefully provide a successful model for CROs, particularly so for the administration of film-writers rights, which are regularly undermined in the Indian film industry.