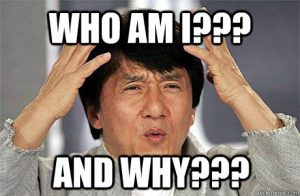 Termed as one of our very own pet peeves, Indian copyright societies have been the subject of several of our posts over the years. True to that topical history, we would like to direct our readers’ attention to a development from March, this year. Having stayed under the radar for the most part, it hadn’t been picked up by media channels, until last week in a coverage by radioandmusic.com.

The report, which is available here, helpfully notes, “Quietly and almost unnoticed, a new organization has cropped up to license and collect fees from the various telcos and streaming services. Called the Phonographic Digital Ltd (PDL) it was incorporated in March 2017, just as the financial year was coming to a close, with its registered office in Kolkata.”

This may be verified through a perusal of the Ministry of Corporate Affairs website. Some relevant details from the master data for Phonographic Digital Limited, have been reproduced below. The entire master data can be accessed here upon feeding in the CIN/Company name:

It is thus clear that a company by the name of ‘Phonographic Digital Limited’ (PDL) has indeed been incorporated in March of this year, with its registered office in Kolkata. The master data also reveals the names behind the enterprise (along with their other corporate associations): Sovan Lal Saha, Atul Prasad Churamani, Durgaram Kanaram Choudhary, Sajjan Kumar, Mandar Ramesh Thakur and Dewal Prashar. From this list, Sovan Lal Saha is also associated with PPL and Mandar Ramesh Thakur is associated with both PPL and IPRS.

The report referenced earlier, states that this company is to undertake the licensing and collection of fees from several entities. Before we delve into an analysis of this all too familiar aspect of organizational functioning, it is crucial to confirm what exactly the company has undertaken to do. This is possible through a reading of the Company’s ‘objects’ clause, found in its Memorandum of Association (MoA).

I am reproducing the objects clause found within the e-MOA on the MCA website, filed by the company under Form No. INC 33, on 15th March, 2017. On a notable aside, some of the corporate subscribers to PDL’s MoA include: Bennett Coleman & Co., Indian Record Manufacturing Co., NK Music & Studio, etc.  Quite a few big music labels have not subscribed to PDL. Regardless, our readers may access the MoA over here.

At the outset, it is to be noted that PPL had issued a circular on the 13th of April, 2017 – communicating its discontinuation of mobile and digital licenses W.E.F. 1st April, 2017. The circular also mentions that the same will now be taken up by PDL. This is notable because PPL has, for the longest time, been the designated collecting society engaged in licensing out sound recordings to telecos and streaming services. As noted by us here and here, royalties from mobile ringtones and web streaming once formed a large part of PPL’s revenues.

A reading of this objects clause pulls us back to the debate we got caught up in sometime around 2014: what happens when collecting societies begin to call themselves “companies” governed by the Companies act, instead of copyright societies governed by the rigorous copyright act? Prof. Basheer attempted answers to this question when the issue first cropped up over here, and subsequently through a discussion on copy-frauds over here.  As he outlines, it is the provisions of our copyright act that lend a problematic tinge to the developments noted above:

The inferences that follow from the above can also be tabulated as below:

In 2014, in the well-known case of Leopold v. Novex, (see our post on this order here) Justice Patel gave effect to point (2) and opined that although one would have to be registered as a copyright society to issue and grant licenses in its own name, an agency may legitimately give out licenses in the name of the owner without being struck by the prohibition under 33(1). The limitation to this is that an agent can only “grant” these licenses but cannot enforce them – since section 55 of the act allows only copyright owners (which includes exclusive licensees as u/s 54) to do so. This means a licensing “company” acting as an “agent” u/s 30, would only be able to operate in a limited fashion.

This however, brings little relief to our original conundrum. A combined reading of points (2) and (3) provides that any such company can legitimately carry out licensing activities as an “assignee” and consequentially as an “owner” – as was permitted by the Bombay and Delhi High Courts late last year through a series of interim orders (see orders here, here and here)*.  It thus follows from this that these assignees can, not only exploit and monetize the works’ copyrights, but can also enforce them.

And although the courts through the aforementioned orders, compelled the bodies to put in place some amount of transparency, a fundamental question (as Balu notes in his post on the orders) still lurks along the periphery of all the decisions and discussions on the subject: has the intent of the section 33(1) prohibition been defeated? If the whole point of section 33(1) is to prevent the carrying on of a private, un-regulated business that issues or grants licenses in respect of copyrighted works – can Section 30 (both independently and r/w s.18(2)) be allowed to save companies whose business object is the licensing of copyrighted works in their own name? Especially when the procurement of assignments is only to give effect to such a business object? If yes, how do we propose to regulate collecting societies disguised as private companies? It should not be that transparency is brought about only at the stage of judicial intervention when a matter is taken to court – as have been true for the instances cited above.

This, of course, is not intended to take a shot at the newly incorporated PDL. It is still at the very nascent stages of operation, and we have yet to see how its business unfolds. Further, as Prof. Basheer notes in his post, “this does not mean that we thwart the evolution of private enterprise. Far from it! Indeed, there is something to be said for the fostering of a free market for copyright collectives, as opposed to a rigid regulatory regime that privileges a select few and breeds monopolistic inefficiencies and excesses.”  All I wish to reiterate through this post, is that the functioning of unregulated collecting bodies, has given us lessons we can never forget. And in these times of home-grown identity crises in the name of licensing companies, the call for clarity on the subject is loud and persistent as ever.

*Since the orders were interim orders, I have checked with the court websites for updated orders. The Del HC matter has been listed for 12th October. The Bombay HC orders cannot effectively be hyperlinked so I am providing the suit/reg. numbers by which to locate the case status and corresponding orders: (a) PPL v. Manuj Agrawal & Ors – pending and searchable via reg. number COMS/366/2017; (b) PPL v. Neon Disc & Ors – rejected/disposed for want of removal of office objections – searchable via Suit No. 1142/2016.