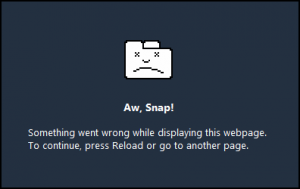 The Supreme Court of Canada, in its decision in Google v Equustek, on June 28, 2017, issued an injunction against Google and ordering it to operate in every jurisdiction in which Google operates, effectively making it a global injunction. The decision of the Supreme Court follows a growing trend in various jurisdictions of requiring intermediaries to give global effect to jurisdiction-specific laws.

The case involved a suit for passing off, misappropriation of trade secrets and online infringement of trademarks, filed by a manufacturer of certain networking devices, Equustek Solutions Inc., (“Plaintiff”) against Datalink Technologies (“Datalink”). During the proceedings, Datalink abandoned ship and absconded to avoid liability. However, Datalink continues to sell its infringing products through its websites and various shell companies operating internationally.

Faced with an absconding defendant over whom the court lacked personal jurisdiction, the plaintiff approached Google, asking it to remove the infringing websites from its search engine index. Google initially de-indexed specific infringing URLs based on information provided from time-to-time, and also limited the de-indexing of these web pages to its Google Canada (google.ca) domain. However, the plaintiff was not satisfied with this, as Datalink simply created new webpages to circumvent the order. The plaintiff then approached the court for an order directing Google to de-index the whole of the infringing websites (not merely specific URLs) and across all of Google’s domains (not merely its Canadian domains).

The court of first instance allowed the application to issue an injunction against Google, noting that

“…it appears that to be effective, even within Canada, Google must block search results on all of its websites. Furthermore, [Datalink’s] sales originate primarily in other countries, so the Court’s process cannot be protected unless the injunction ensures that searchers from any jurisdiction do not find [Datalink’s] websites.”

While the issue of intermediary liability of search engines has been covered on this blog previously, the Supreme Court’s analysis of its jurisdiction in allowing an order with explicitly extraterritorial effect is worth a deeper look.

Extraterritoriality and Jurisdiction on the Internet

Jurisdiction on or over the Internet has been a perplexing issue ever since its advent (for an excellent primer on the issue, read Tim Wu and John Goldsmith’s Illusions of a Borderless World). The Internet is, putatively, not bound by national borders. While the physical infrastructure or control over online activity may exist in one jurisdiction, content and information are accessible in various others. The global reach of the Internet throws up several issues over its governance and amenability to national laws. Primarily two issues arise with respect to jurisdiction over online actions. The first issue is of the extraterritorial reach of jurisdiction – when a court can claim jurisdiction to decide upon online actions. The second issue is of extraterritorial effect – the territorial limit to which a court can (or should) issue directions against online content.

The link between the two aspects above are fundamental to the decision in Equsustek. Courts have mostly not given much consideration to the extraterritorial effect of law. It was taken for granted that the act of removing any content from the internet would have global effect and generally, a finding of personal jurisdiction would be sufficient for a court to require the defendant to take effective action, irrespective of its extraterritorial effect. The extraterritorial effect in many cases might be unintentional, but would be the default option for compliance with the law.

With the advent of global intermediaries like Google and Facebook, courts have been required to expressly consider the extraterritorial reach of their orders. These intermediaries have evolved their practices to sustain their operations, while still complying with local laws and regulations in the jurisdictions in which they operate. Google’s search engine, for example, has a unique domain name according to the jurisdiction in which it operates, and searches are accordingly modified. Similarly, Twitter utilizes a mechanism (known as geo-blocking) whereby content for specific countries could be restricted while keeping the same available in other jurisdictions.

However, the game of cat-and-mouse between intermediaries and the law has continued. Since the attempted narrow-tailoring of content takedown requests by intermediaries can still be circumvented fairly easily, courts are now expressly focusing on the issue of deliberate extra-territorial reach of their decisions.  The Equuestek decision is relevant in that it marks an important precedent in the path that courts around the world are following.

Courts have been asserting such extraterritorial jurisdiction over internet content in other jurisdictions and under other legislations as well. In Europe for example, after the recognition of the ‘Right to Be Forgotten’, the French data protection authority, the CNIL, has also ordered Google to de-index content globally. In Equustek, the Supreme Court had the opportunity to consider the extraterritoriality of its blocking injunction. The Court first found, and Google did not dispute, that it had personal jurisdiction over Google. Building upon this, the Court held that, to ensure the effectiveness of an injunction against such a defendant, it can enjoin that person’s conduct anywhere in the world. The Court held that limiting the injunction to Google’s Canadian users or domains would not stop the harm caused to the plaintiff, for two reasons – firstly, Canadian users would still be able to access these websites from other domains; and secondly, purchasers outside Canada could continue to purchase the infringing products.

While the first of these reasons is arguably a legitimate ground for asserting jurisdiction, the Court’s assertion that Canadian trademark law has overtly extraterritorial effect to include infringing actions occurring wholly outside Canada, is troubling. The decision raises questions of judicial comity, and in turn, of freedom of expression. The principle of judicial comity arises from the westphalian concept of reciprocal observance of sovereignty by states, and requires states to respect the laws of other jurisdictions. In the present case, Google raised the objection that the takedown order would potentially be illegal in several jurisdictions in accordance with their domestic laws. In the present case, the Court summarily dismissed these comity concerns, finding that the freedom of expression concerns do not tilt the balance of convenience in favour of Google. Instead, the Court placed the burden upon Google, requiring it to approach the court with evidence that ‘complying with such an injunction would require it to violate the laws of another jurisdiction, including interfering with freedom of expression,’ based on which the Court may rectify the injunction accordingly.

The exact scope of the limiting principle in the Supreme Court’s order is unclear. There can be two possible interpretations – one could argue that the limiting principle would require Google to show that similar orders would not be legal under the domestic laws of other jurisdictions. This would be similar to the approach taken by Yahoo in the USA, when it successfully challenged a globally operating French order on the basis that the French order’s effect in the US was to regulate Yahoo’s speech in a manner contravening its freedom of speech under US law. The second interpretation, and one which places a significantly higher burden on online freedom of expression, is that Google would be required to show that its action of delisting certain content would actually violate the domestic law of another jurisdiction. I have not come across a jurisdiction where an affirmative right exists to require a private third party (in this case, Google) to host certain content. Free speech issues generally come into play in cases of government actions curtailing speech. However the Supreme Court in Equustek ignored this aspect, and summarily dismissed freedom of expression concerns raised by Google and several of the interveners in the case, and limited its analysis on the balance of convenience to the harm that would be caused to Google in carrying out the order, rather than undertaking an analysis as to the possible effects of the action on free speech in other jurisdictions.

The precedential value of the Equuestek decision is difficult to predict, particularly for jurisdictions other than Canada. The principle of judicial comity is based on reciprocity, and as such, global injunctions with vague limiting principles, such as this one, might lead courts in other courts to demand similar actions from Google. As far as online protection of intellectual property is concerned, rights holders can likely use the decision to protect their online IP based only upon the law of their own jurisdiction. However, the impact of the decision could conceivably go beyond intellectual property disputes (which the Supreme Court asserts are unlikely to ‘offend the core value’ of any nation) into laws governing speech (blasphemy, sedition or defamation), where there is even less harmonization, internationally, on acceptable standards for speech.

Intermediary liability is a tricky issue, and any ‘global’ action against large online intermediaries like Google or Facebook or YouTube can have massive implications online speech. While there is research indicating that the courts in most jurisdictions have not often issued directions with intentional extraterritorial effect, the Equustek decision seems to be reversing this trend, putting a higher burden on intermediaries to tailor their global operations to the lowest common denominator, or face legal action.