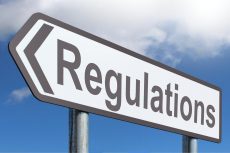 In Part I of this post, I highlighted the possible copyright and trade secret protection over the data mandated to be shared under the Revised Non-Personal Data (NPD) Governance Framework (the Report/Revised Report), and how the Report either overlooks or misunderstands these possible IP protections. In this part, I discuss the shortcomings in the Revised Report’s justifications for overriding IP protection and other rights over NPD. I also briefly explore alternatives to the Report’s heavy-handed regulatory architecture by turning to possible solutions within competition law.

Data as  a Property/Resource within A Community Rights Framework

The Report notes that there is no consistent precedent recognising trade secret protection over data in the form of property rights enforceable against third parties (9.4, Revised Report) However, as I had noted earlier, like English law, Indian courts have recognised that the duty of confidentiality extends to third parties, even without the existence of privity of contract. Moreover, although trade secrets are not protected as property, and crimes against property in the Indian Penal Code cannot be invoked for confidential information, the Indian Supreme Court has recognised the right to IP such as copyright to be covered under the principles of property ownership for the purposes of Article 19(1)(g) and Article 300A of the Constitution. This means that the Report underplays the availability of the right to protection of trade secrets enforceable against third parties.

The Report also argues for the state’s ability to exercise its eminent domain power over data despite trade secrets protection in any case (9.4, Revised Report). Eminent domain refers to the sovereign’s power to appropriate private property for public uses. In my post on the initial Report, I had highlighted concerns regarding accountability and misuse stemming from the government’s possible invocation of its eminent domain powers against private entities’ right to IP in the case of data acquisition.

Article 39(b) of the Constitution, a directive principle enshrining the state’s responsibility to distribute material resources of the community for common good, is cited in the Report as the constitutional justification for mandatory data sharing. The Report also relies on the Supreme Court’s judgment in State of Karnataka vs Ranganath Reddy, wherein ‘material resources of the community’ in Article 39(b) was interpreted to include “every thing of value or use in the material world”. The Committee notes that data resources are immensely valuable in today’s age and would fall within this broad interpretation (9.7, footnote 11, pg. 34, Revised Report). However, as noted here, the constitutionality of this justification is not settled as this interpretation of Article 39(b) is currently pending challenge before the Supreme Court in the case of Property Owners’ Association & Others vs State of Maharashtra & Others.

Alternatives to this Heavy-Handed Regulatory Architecture

This governance framework constitutes a deliberate design choice by the Committee to supplant the private market based on contractual rights with a heavy-handed regulatory architecture for access to certain NPD.

However, in a Medianama roundtable, Mr. Parminder Jeet Singh, a member of the Kris Gopalakrishnan Committee defended this heavy handedness by noting that mandatorily shared data has to be thought of as a layer of necessary infrastructure without which new players would be precluded from entering the market. This makes it seem like the Committee is addressing a competition law problem through the framework, without once referring to competition law or the tools that could be used to curb market power due to data monopolies under it.

It could be argued that in case of such market failure, a compulsory licensing framework tailored to data could be evolved which grants access against monopolisation of works. For instance, under the Copyright Act, the Intellectual Property Appellate Board (IPAB) ascertains the situations where a compulsory license may be granted on a case-by-case basis where there has been a market failure. Further, IPAB’s decisions can be appealed before the relevant High Court and even the Supreme Court, providing an effective appellate mechanism, which the NPDA does not provide.

The creation of a public law for data through the current framework is being justified by overstating the problem in private data marketplaces without exploring alternative solutions. Competition law could be useful for accessing data where a dataset is indispensable to enter an industry or a relevant market and sector-specific regulations can also facilitate access to data held by competitors and third parties.

For instance, in its Report in 2019, the Competition Law Review Committee, set up by the Government to suggest amendments to the Competition Act, highlighted concerns regarding the relationship between market power and control over data. It noted that the definition of ‘price’ under section 2(o) of the Competition Act, 2002 is broad enough to include non-monetary considerations such as data and preferences revealed to digital market players. Section 19(4)(b) of the Act, referring to ‘resources of the enterprise’, used to assess the dominance of firms, was interpreted as wide enough to include control over data. Section 19(4) was also regarded as being inclusive enough to consider ‘network effects’ as a relevant factor for the determination of a firm’s dominance. The CLRC also suggested the introduction of necessary thresholds to ensure that digital transactions involving asset light businesses causing an appreciable adverse effect on competition do not evade competition assessment.

As Vidushi Marda cautions in context of the Report, the proposed open access datasets will not be equally susceptible to exploitation by everyone. Madhavi Sunder and Anupam Chander call the belief that a resource in the public domain by force of law will be open to equal exploitation by all, “the romance of the public domain”. They emphasise the role played by knowledge, power, ability, wealth and access in making some persons more capable of exploiting the public domain than others. They take the example of Linux, an operating system rivalling Windows, whose creators refused to surrender all property rights in it and insisted on the GNU General Public License (GPL), which made it freely available for others to use, copy, modify etc., but ensured that subsequent derivations of the initial program were also distributed under the GPL. This is because the authors note that providing for programs in the public domain “entirely unencumbered by property claims would make them easily susceptible to propertization by others.” I have noted previously how this applies to traditional knowledge or ‘commons’ by highlighting the systemic advantages making certain constituencies more capable of profiting from the commons at the cost of others. Similarly, the compliance costs for the framework are likely to affect smaller Indian players more while the benefits of the same may be disproportionately reaped by a few software firms.

The current framework runs the risk of widening the gaps between the data trustee and the citizen, vesting authorities with excess power without realising its purported objective. Thus, there is a need to rethink the rationale behind the framework, accord fillips to smaller data businesses and tackle concentration of market power in data by exploring alternative solutions.