Logos of the companies

Anupriya analysed the widely reported ‘cease and desist letter’ sent by BigBasket to Daily Basket alleging infringement of their trademark on the word, ‘Basket.’ She begins by explaining how the term “basket” pretty much indicates grocery business in general. She revisits the Trade Marks Act and a number of cases discussing the spectrum of distinctiveness of a trademark and argues that while comparing marks, it is incorrect to take a part of the word and compare it with a part of the other word; the entire mark must be considered as a whole and compared with the other mark as a whole. Relying on this, she criticises BigBasket’s claimed monopoly on ‘basket’. Further, she recounts the principles relating to ‘likelihood of confusion’ and well-known marks, to assert that trade mark law should not be weaponised by big corporations to grow bigger at the expense of smaller firms. Finally, she discusses the practice of trademark bullying and the legal remedies available against it to smaller businesses, with reference to the social media retaliation approach adopted by DailyBasket. 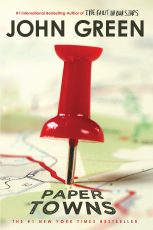 I analyse the recent Geospatial Data Deregulation Guidelines. I begin by reviewing the Mapping policy of India, and the impact of the liberalisation plan on innovation. I then examine the implications of geospatial data processing under the Personal Data Protection Bill, considering cases where such data consists of information that qualifies as ‘personal data’ or ‘sensitive personal data’ and thus creates conflicts with the data fiduciary’s IP rights. I also discuss the conditions for protection of maps and geospatial data under copyright law and argue that not only is copyright law an inadequate tool for its protection, but the policy question of monopolization of geospatial data itself needs detailed consideration. I also look into the possibility of limited types of location information being eligible for trade secret protection under India’s judicial doctrines. Lastly, I discuss how the Government of India owns copyright over maps and geospatial data it collects by utilization of public funds intended to be used for public purposes. Criticising this, I argue that the government should not retain this copyright, or at the very least, not charge taxpayers for non-commercial uses which they are entitled to under the fair dealing exceptions in Section 52.

Protection of Jewellery: A Combination of Trademark, Design and Copyright Law? – Part I 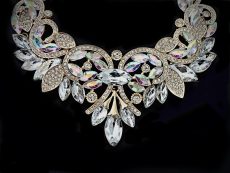 In this post, Varsha looks into the question of IP protection of jewellery in India. She begins by clarifying the statutory scope of design protection and copyright protection of artistic work with reference to the case of Pranda Jewellrry v. Aarya 24k, which dealt with the issue of copyright infringement in case of gold sheet articles of deities and religious symbols. She then considers the case of jewellery itself being a design, distinct from the copyright in the drawings of the design. She compared this with a single bench of the Delhi High Court regarding fashion apparel, which held that no IP protection available to a certain design that has been reproduced on clothing more than fifty times. She then discusses the case of A. Sirkar v. B. Sirkar Jahuree, where an Alipore court allowed a temporary injunction application for copyright infringement and passing off of jewellery. In this case, both the parties were jewellers and the plaintiff had claimed its jewellery to be the result of ‘artistic craftsmanship’, but the court did not question, discuss or decide upon this issue. Finally, she states that when original drawing of a jewellery design is brought to life, i.e., converted from paper to their three dimensional form, this conversion would be called an ‘adaptation’, or ‘reproduction’, depending on the level of accuracy with which it is done. 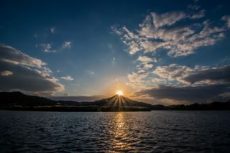 Matthews discussed the Delhi High Court’s recent order in Prashant Reddy v DCGI, against the drug regulator for violation of the Right to Information Act. He explains that the case arose in relation to the report of Dr. T.M. Mohapatra Committee, which was constituted by the Drugs Controller General of India pursuant to the scathing criticisms in the 59th Parliamentary Standing Committee Report on the existing mechanism for approval of drugs in India. Prashant had made several attempts under the RTI mechanism to obtain the T.M. Mohapatra Committee Report, and had only been sent an incomplete copy of the same by the Central Information Commission. Thereafter, directions issued by the Delhi High Court in September 2020 in response to Prashant’s writ petition were also not followed. Matthews notes that the CDSCO, in its submissions to the CIC, revealed that it did not have the report and had to procure it from Dr. T.M. Mohapatra himself. The Delhi High Court has taken note of the flagrant violation of RTI Act and has imposed costs of Rs. 25,000 on the DCGI. The DCGI has also been asked to file a status report in relation to the digitization of its records. Matthews commends this order, explaining how it emphasizes transparency and therefore, good governance. 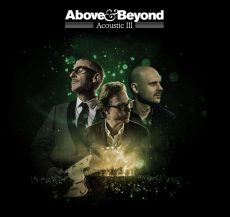 In a guest post, Amit Tailor discussed a recent practice of the IPAB/Board ‘suggesting’ amendments to patent applicants, and allowing them without concurring with the Controller which he believes to be beyond the scope of its statutory mandate. He recounts cases of the board finding a new ground on which the claim(s) can be objected to, i.e. raising a fresh issue suo moto, during the appeal process; and then instead of remanding the case back to the adjudicating authority to adjudicate on merit, the board on its own volition declared it as a “drafting error” without requiring the applicant to explain, and similar instances. Looking into the scope of the Board’s mandate, he revisits Section 58 of the Patents Act which indicates that the Board has very limited power to allow amendments before it, i.e. only during the revocation proceedings, and that to by allowing the patentee to amend the same, and in no case the Board can direct or suggest amendments on its own. The powers akin to civil court under CPC provided to the board are also for the limited purposes of receiving evidence and examining witnesses, contempt etc. and not to ‘suggest’ or ‘’direct’ amendments or allow the amendments before it to be granted, without hearing the controller. Amit thus concludes by criticizing the Board as it must protect the public interest by not suggesting amendments to make ‘objection worthy’ claims ‘allowable’.