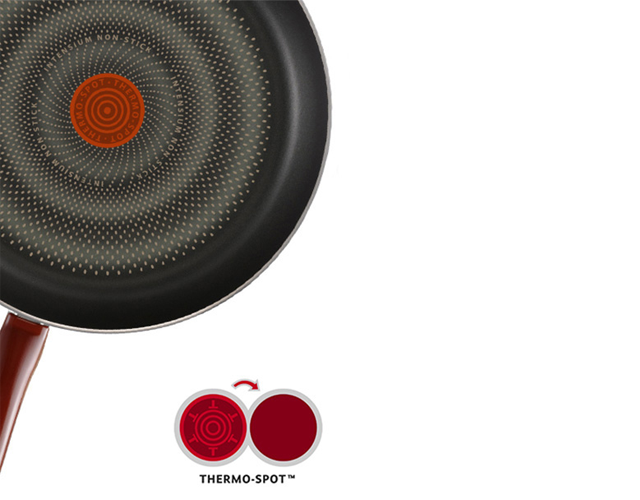 We’re pleased to bring you a guest post by Dr. Sunanda Bharti, analysing the position of law on registration and infringement of position trademarks. Sunanda is an Associate Professor in Law at Delhi University and has written several guest posts for the blog in the past.

Recently, Tefal was in the news for being denied registration for its famous ‘red dot’ mark in the UK, which was initially claimed to be a position mark, as it occupies a central position in their woks and pans. Later it was clarified to be a figurative mark, since the UK does not expressly recognise position marks, unlike the EUIPO. Though the denial was on different grounds, not relevant for this post, the episode threw up an important tangential issue concerning position marks, i.e. when or how a mark/sign used as a position trademark (TM) (i.e., to depict its placement on the good) can be considered as distinctive or to have acquired distinctiveness, and when such a mark would be considered as infringed.

What are Position Trademarks?

With effect from 2017, the EU introduced new varieties of TMs — and amongst them, the ‘Position Mark’ was introduced as a separate category. The EU TM Manual defines a ‘Position TM’ as “a trademark consisting of the specific way in which the mark is placed or affixed on the product…”.

Position marks are considered as ‘non-traditional marks’ or ‘non-conventional marks’. In India, the definition of trademarks under section 2(1) zb of the Trademarks Act, 1999 (‘Indian TMA’), sets out the requirements when a ‘mark’ can be considered as a TM. They are (i) mark must be distinctive and (ii) mark must be capable of graphical representation. Distinctiveness means that a mark must have the capacity to distinguish the goods and services of one person from those of the rivals/competitors. Graphical representation indicates that the mark should be capable of being drawn on the Register.

Since non-conventional marks are usually based on sound, smell, taste, textures etc, they are often unable to meet these two compulsory requirements conjointly, making them fall outside the realm of conventional trademarks.

Despite the above, marks which are incapable of aligning with the above norm, like sound marks, have been registered in India by stretching the legal argument that distinctive sounds can be illustrated on paper through musical notations –hence they conform to the requirement of graphical representation. An easy example is Yahoo!’s yodel—which was the first ever non-conventional mark to be registered in India in 2004. The mark consists of the sound of a human voice yodeling the word ‘YAHOO!’. It is registered under Classes 35, 38 and 42 with Trademark Application No. 1270406.

For the rest of the unconventional TM category, India is yet to open its account. Position marks can be considered as one such unique category that has emerged off late in the non-conventional TM panorama, challenging the traditional TM regime in its own way.

The WIPO Standing Committee on the Law of Trademarks, Industrial Designs and Geographical Indications, while elaborating on the representation of non-traditional TMs, mentions that “under certain national systems, position marks are treated as a subset of other types of marks, such as figurative or three-dimensional marks.” This seems to be the current Indian position as well. Despite that and given that our system does not expressly recognise such marks yet, I have attempted, in the following paragraphs, to explore how such position marks fit into the global TM matrix.

When registration is sought for a TM, graphic representation of the same for the purpose of registration proceedings and putting it on the Register of TMs is the norm and this is likely to hold true for position marks as well. However, per my assessment, in case of a position mark, this need becomes critical. It is because the competent authorities and the public should not only be equipped to identify what is protected but also for what position on the good/product. This is substantiated by the requirement of the EUTM Manual that “reproduction must appropriately identify the position of the mark and its size or proportion with respect to the relevant goods.” Elements that do not form part of the subject matter of the registration “shall be visually disclaimed preferably by broken or dotted lines.” (see Picture 2 towards the end of post).

Another insight is given by the Japan TM Manual that clearly specifies that application for registration would not be considered as proper in ‘cases where the position of the mark cannot be defined; [such as where] enlarged image of a part of the goods is presented without showing the entire shape of the goods, consequently making it impossible to define the position of the mark, relative to the entire shape of the goods, etc.’ (see Picture 1 below). 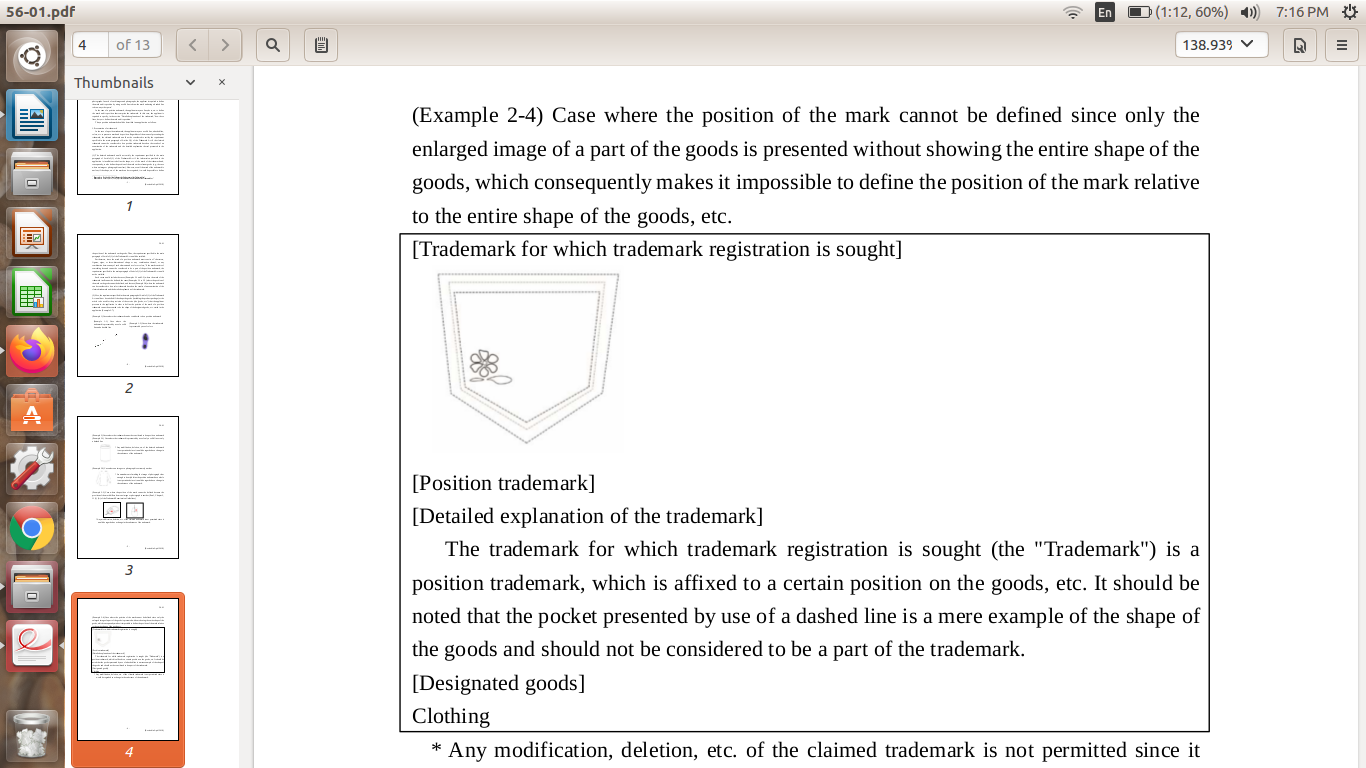 As inferred from the numerous examples of registered position marks in the EU, a position mark essentially is an amalgamation of 2 features/elements–

a) the sign, symbol or mark, or word etc. that is intended to be used as a mark, and

b) the position or placement (coordinates) of the above on the good/product.

The Distinctiveness of Position Marks

Presently, literature on position marks is negligible. I have not yet found any authoritative commentary on the same. Strangely, even in the jurisdictions where they are recognised and are registrable, there is hardly anything available on how they are different or similar to regular TMs. However, some logical inferences may be drawn from the existing registered position marks and TM Manuals of foreign jurisdictions.

Based on the above preface, I submit that since the underlying basis of using or seeking registration for position marks is its placement on the good, the sign/symbol/mark element of such position marks should be seen in the context of its position in order to decide the distinctiveness of the TM. The sign cannot be considered in isolation.

It is perhaps because of this that the EUTM Guide also makes representation of the position as mandatory. This essentially means that ‘graphical representation’ requirement in relation to position marks operates a bit differently—mandating the proprietor to not only give a 2 dimensional visual of their TM but also the position of that TM on the concerned good.

Further, if the proprietor is dealing with a range of goods, they must give a specific representation regarding placement of the sign on each good. This would become important to determine infringement episodes.

This being said, some other complexities come to mind: for instance, in a case where a certain position mark has been registered in respect of shoes, would the unauthorised application of the position mark in respect of tee-shirts be considered as infringement? 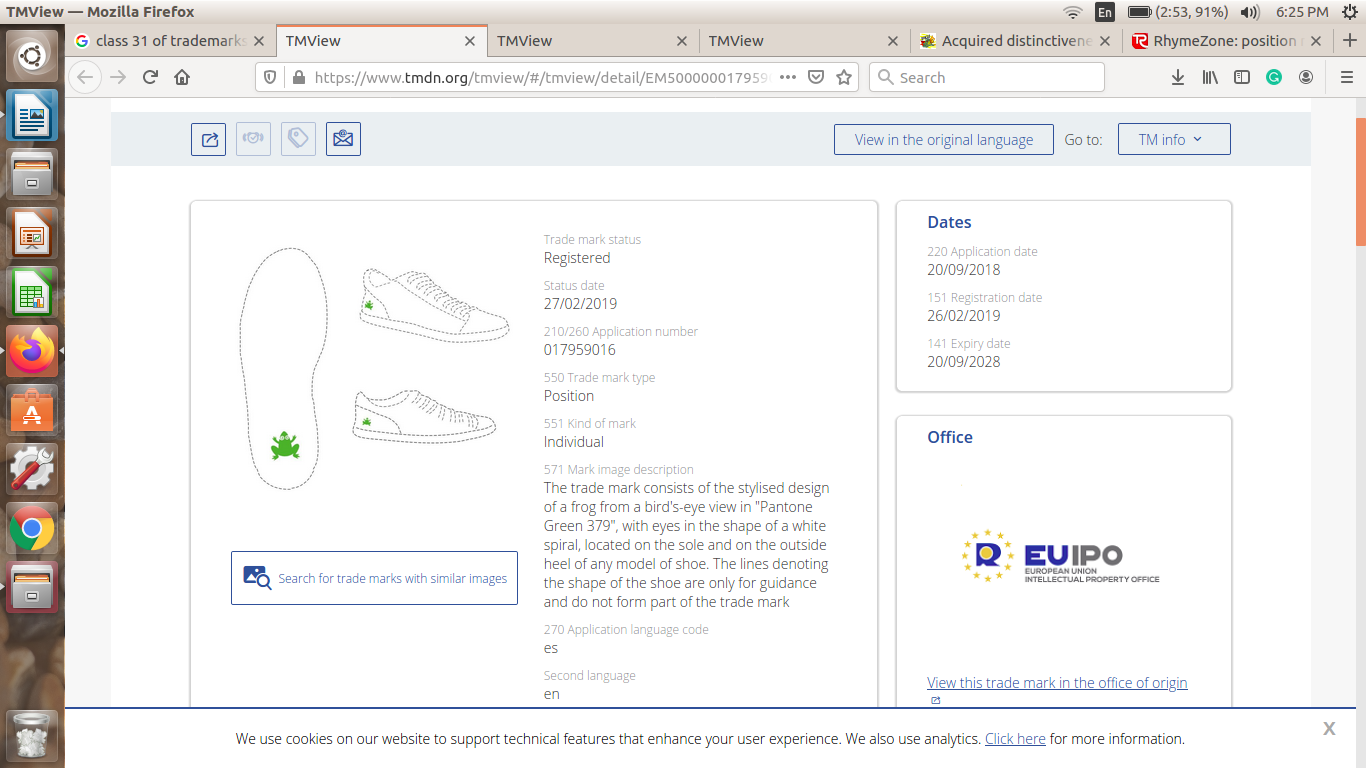 The stylised design of a green frog is a registered position TM for a shoe in the EU.

Absence of substantiating case law and literature on the subject makes the scenario quite muddled. It seems that the regular parameters of identity and/or similarity of the two concerned TMs and identity/similarity/dissimilarity of goods or services covered by the TMs would be insufficient to establish infringement in cases of position TMs—because ‘where’ the TM has been positioned by the defendant would add the third dimension, which might become an important, if not the deciding factor.

Another related and crucial question is whether distinctiveness of a position mark would be considered as lost or diluted in the above case if the frog TM were used, (either in identity or colourable imitation thereof) on tee-shirts or an unrelated different good, say stationery? Or would it be case sensitive—depending on the distinctiveness of the sign/mark element–as considered in isolation? Take the pattern of design on Picture 3 below, which is another registered position mark in the EU, in respect of apparel. 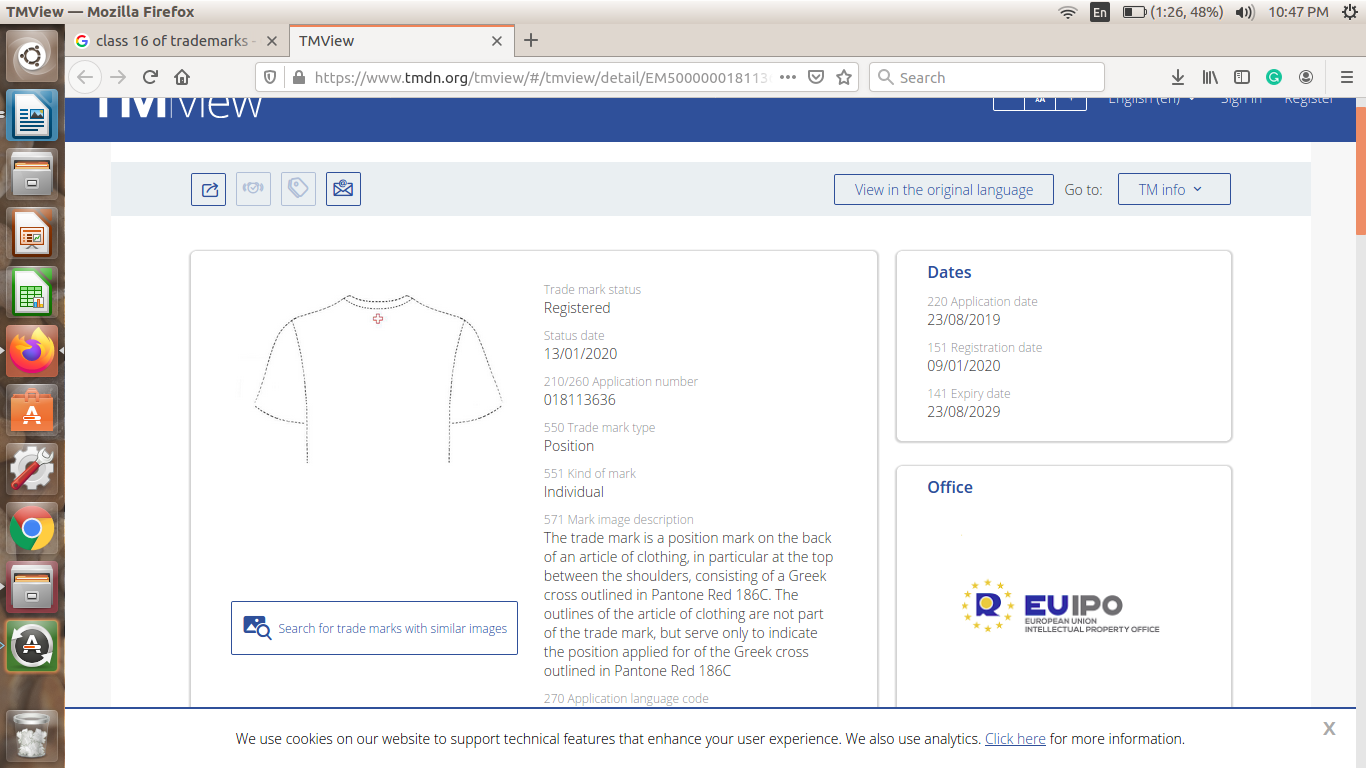 Picture 3: Greek Cross in Red, Position TM for Back of Clothing

A Greek cross is a variant of the Christian Cross, which, in isolation from the position on the back of the clothing, as depicted above, could be taken as very ordinary and commonplace. If such a mark, in the same red colour, is unauthorisedly used by the defendant on say shoes or canvas bags? Would it be infringement of the above registered Position Mark, or would the mark, being commonplace, elicit a different result?

Postscript: Unfortunately, there are more questions than answers right now, in relation to position marks. However, with case series like Christian Louboutin SAS v. Pawan Kumar and the judicial quagmire that followed (already covered on the blog here), it would be good on our part to proactively develop adequate sense of what all rights a position TM may have—Just as a single colour has been found fit enough to be registered by the Indian Registry, tomorrow a certain position mark having transnational reputation might find its way into the Register through the back-door entry of acquired distinctiveness—leaving us baffled. Readers are invited to share more on this.