We’re pleased to bring to you a guest post by Abhinav Hansaraman, analysing the interim order recently issued by the Delhi High Court in a trademark infringement and passing off dispute between online payment apps PhonePe and Bharatpe. Abhinav is a 5th year student at the National Law University, Delhi. 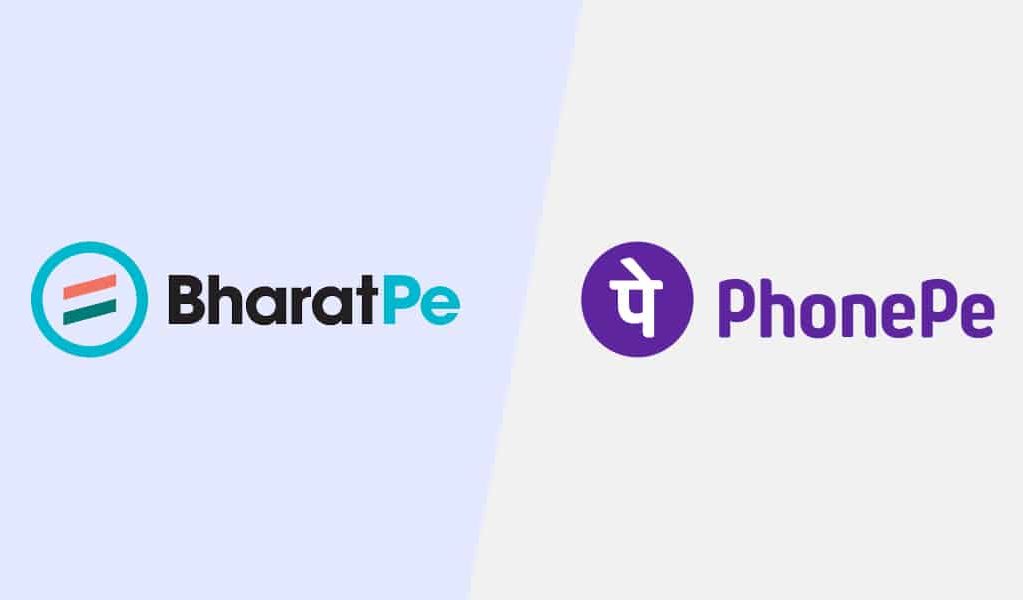 On 15th April, a single judge bench of the Delhi High Court decided an interim application in a suit between PhonePe and BharatPe concerning whether use of the suffix ‘Pe’ in ‘BharatPe’ mark amounted to infringement of the registered mark ‘PhonePe’ and passing off. The Court held that there was no infringement and laid down the standards for such determination.

Facts of the case

Both parties are online payment service providers. While the defendant (EZY Services/BharatPe) has a merchant exclusive business, plaintiff (PhonePe) works with both merchants and consumers. The plaintiff and the defendant use the marks ‘PhonePe’ and ‘BharatPe’ respectively.  The plaintiff had alleged that the defendant’s mark and the use of the word ‘BharatPe’ infringed its registered trademark and amounted to passing off by the defendant of their services as that of the plaintiff.  Consequently, the plaintiff sought permanent injunction against such usage.  These proceedings relate to an interim application seeking interim injunction under Order XXXIX Rules 1 and 2 of the Civil Procedure Code.

Interestingly, when EZY Services had sought to register the word mark ‘BharatPe’ under Class 9, the Registry had objected to it for being non-distinctive and the application was consequently abandoned.

In determining whether or not the defendants should be injuncted from using the ‘BharatPe’ mark, the Court considered the issue of similarity between the two marks. In this respect, the comparison of the marks as a whole, and comparison of ‘dominant’ portions of the mark were particularly considered by the Court, as explained below:

First, on the question of whether trademarks must be compared as a whole, the Court noted that the plaintiff had not separately registered parts of the ‘PhonePe’ mark. Section 17(1) of the Trade Marks Act, 1999 (‘Act’) “specifically confers” the exclusive rights to use of the whole trademark and section 17(2) clarifies that the registration of such a composite trademark would not confer exclusive rights over any part of the registered trademark where the part was not subject of a separate application or where the part contained any word or term which was common to the trade or was non-distinctive.  The Court referred to Kaviraj Pandit Durga Dutt Sharma where the Supreme Court had held that trademarks were to be compared as a whole.  This is often called the ‘anti-dissection’ rule.  The Court referred to a catena of decisions approving this ‘anti-dissection’ principle, such as Ashok Chandra Rakhit and Stiefel Laboratories.  The Court held that ‘PhonePe’ and ‘BharatPe’ were composite marks and that the plaintiff could not claim exclusivity over the suffix ‘Pe’, as it connoted pay and was descriptive of the plaintiff’s payment services.  The Court held that merely misspelling pay as ‘Pe’ would not entitle exclusivity.  As comparison, the Court explained that much like the plaintiff could not claim exclusivity over the suffix ‘Pay’, it could not claim exclusivity over such a misspelling.

Second, the Court analysed the law on the ‘dominant mark’ test.  The Court referred to a judgment of a Division Bench of the Delhi High Court in South India Beverages. In South India Beverages, the Court had explained the ‘dominant mark’ test.  The Court held that while a mark is to be considered as a whole, importance or ‘dominance’ could be accorded to parts of a mark in the case of composite marks and where a particular element enjoys prominence with respect to other elements, it would be a ‘dominant mark’.  The Court had ruled that while the general rule under Section 17 of the Trade Marks Act was that marks must be considered as a whole, Courts were required to keep in mind the relative dominance of parts of a mark.  The test was whether any part of the plaintiff’s mark was dominant or was an essential feature, and if so, whether such dominant part was infringed by the defendant.  On facts, the Court ruled that there may be substance to the claim that ‘Pe’ constituted a dominant part or essential feature of the marks, especially as it was written with a capital ‘P’.

Third, on the question of confusing or deceptive similarity of the defendant’s mark, the Court observed that while exclusivity could not be claimed in parts of a registered mark, imitations of the dominant or essential features of such registered marks could constitute infringement. It also clarified that descriptive or generic marks (or parts thereof) are not exclusive and misspelling of descriptive words would not grant exclusivity.  The Court referred to the Delhi High Court’s judgment in Marico and Section 9 of the Act and held that trademark protection could not be claimed over descriptive marks, until such descriptive marks acquire distinctiveness or secondary meaning. Accordingly, the Court opined that if the plaintiff could establish that the ‘Pe’ suffix had acquired distinctiveness and a secondary meaning, it could make a case for infringement.  The Court held that the marks were entirely different as the words ‘Phone’ and ‘Bharat’ were phonetically dissimilar, the triangular device used in the defendant’s mark was unique, and not used by the plaintiff.  The Court also rejected claims of similarity on grounds that both marks were in similar font and in purple colour.  The Court held that such factors were insufficient to constitute a case for deceptive or confusing similarity.  Interestingly, the Court ruled that the nature of services provided by the parties were different, as the plaintiff was an online payment portal while the defendants provided a single QR code basis which customers could work with consumer facing UPI based apps, including the plaintiff’s app.  The Court found that such customers who deal with the apps could be expected to know the difference.  Thus, the Court denied the grant of injunction.

Large swathes of the Court’s reasoning are correct and well founded –  the Court’s analysis of the principles underlying the comparison of trademarks as a whole, the status accorded to dominant marks, and  the (lack of) protection of descriptive marks are in line with established precedent. The above being said, two aspects of the Court’s decision are, in my view,  cause for concern.

First, the finding of the Court that the capitalization of a part of a mark could possibly constitute dominance is unfounded. Companies’ decision to use capitalized or uncapitalized letters in their trademarks is based on stylistic or design preferences.  While the Court’s observation that the use of capital letters bestows dominance is only indicative and not determinative, this imposes a cost on companies for excluding capital letters from their trademarks.   Often, companies decide to use uncapitalized letters for stylistic and design preferences and should not be confused with the importance of such parts of a trademark.  Although the Court’s ruling on the interaction between the dominant effect of a part of a trademark and the anti-dissection rule is sound, my concern relates only to the undue-importance of capitalization of parts of a trademark.  Irrespective of capitalization, if a part of a mark achieves such dominance or secondary meaning, it must be accorded a higher level of protection.  The Court’s reasoning that capitalization itself  accords dominance deserves re-examination.  Further, and perhaps more importantly, this reasoning diverges from the reasoning that Indian Courts have adopted to identify ‘dominant marks’.  Indian Courts have used the dominant mark rule to protect parts of a trademark only when such portions were adopted arbitrarily (Amar Singh Chawal Wala), were part of a family of marks (Amar Singh Chawal Wala), or where the parts were a unique combination having no recognized meaning (South India Beverages).  Therefore, when the Court has noticed that ‘Pe’ is a deliberate misspelling of a descriptive term, it is surprising that the Court proposes that capitalization could have overriding importance. While the Court ruled that the plaintiff could not claim exclusivity over ‘Pe’, this logic could swing Courts in other suits involving dominant marks where deliberate misspellings and descriptive words are not used.

Second, the Court’s reasoning on the users of the two services being able to differentiate between the two marks does not hold water.  The Supreme Court, in Amritdhara Pharmacy held that marks must be compared with reference to an “unwary purchaser of average intelligence and imperfect recollection”. Even when the Delhi High Court discussed the anti-dissection rule in South India Beverages, the analysis was with reference to an “ordinary prospective buyer”.  Further, the Court had also held that the mere fact that some ‘sophisticated consumers’ were immune from confusion is not a complete defence to infringement claims. This rule was particularly important where the purchase decisions were not a result of “conscious and sustained deliberation”. Therefore, even if the Court were correct that some sophisticated consumers of the services of both parties would be aware of the differences between the parties, that is not sufficient to rule that there was no similarity.

PhonePe and BharatPe are competing services on the UPI framework and the decision by consumers to choose one over the other is not necessarily out of such deliberation.  Further, the ordinary prospective user of these two products are not just employees of large grocery chains or banks who could be expected to know the difference, but thousands of tiny kiranas, paan shops, and vegetable sellers.  Moreover, merely because large banks and sections of sophisticated consumers would be immune to confusion is not sufficient to support the Court’s ruling, as South India Beverages held that the immunity of some sophisticated consumers is not sufficient to rule that there was no deceptive similarity.