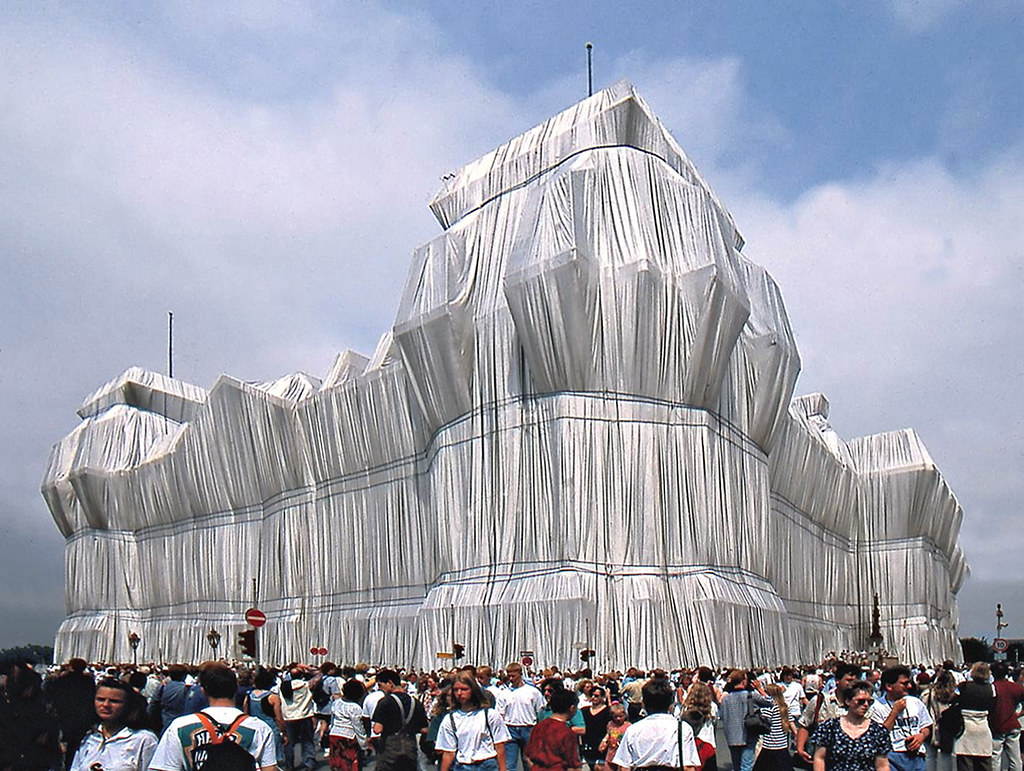 We’re pleased to bring you a guest post by Priya Garg, Ghanavi Umesh and Rishika Agarwal, analysing the meaning of the term ‘permanently situate’ as used in sections 52(1)(t) and (u) of the Copyright Act which provide for freedom of panorama.

Priya is an Assistant Lecturer at Jindal Global Law School, Sonipat. She holds a Bachelor of Civil Law (BCL) degree from the University of Oxford and B.A. LL.B, (Hons.) degree from NUJS, Kolkata. Ghanavi is a 2nd year student at National Law University, Delhi and Rishika is a 4th year student at Jindal Global Law School, Sonipat.

Freedom of Panorama: Meaning of the Term ‘Permanently Situate’ under the Copyright Act

This post analyses the potential meaning of the term ‘permanently situate’ as used under sections 52(1)(t) and (u) of the Act.

Analysis of Different Aspects of the Term ‘Permanently Situate’

The Indian judiciary got the opportunity to interpret this term only once, in The Daily Calendar Supplying v. The United Concern, as discussed in an earlier post on this blog. In this case, the plaintiff got an oil painting designed by an artist, obtained copyright over it and thereafter got multiple copies of it printed for sale. The plaintiff alleged that the defendant had begun selling copies of a slightly modified version of his painting, leading to the loss of sales revenue for him. One of the counter arguments of the defendant was that since the plaintiff had installed the ‘copies’ of his painting in many temples in the south, the painting could be said to be an artistic work permanently installed in public place, making or publishing of which is thus permitted under section 52(1)(t). However, the Madras High Court clarified that mere installation of multiple ‘copies’ of a work in a public place did not amount to installation of the original work in a public place if the author retains the original work in his private custody.

Although there is limited jurisprudence on this matter in India, the term ‘permanently situated/located’ has been interpreted by the German courts in a few cases.

Minimum duration for which work needs to be placed in public

In Wrapped Reichstag case ([2004] E.C.C. 25.), the issue arose before the German Federal Court of Justice regarding determination of the minimum duration for which a work needs to remain in public space for it to be considered as ‘permanently’ located there.

This very issue, which though arose in this case in a different context, nevertheless is pertinent in deciding what constitutes the ‘permanent placement’ of an artistic work if it is ephemeral in nature (such as sand work or ice sculpture).

In this case, as a project organised by two artists, the Berlin Reichstag building was wrapped in a certain fabric for two weeks. A photographic image of this installation was used by a photo agency to make postcards which were sold to people. Regarding this commercial exploitation of the image of their work, the artists filed a case of copyright infringement. The question arose if the usage of the image on postcards would fall under the FOP exception. It would be so if the artistic work could be first said to have been ‘permanently located’ in a public place.

Regarding this, the court stated that there is no minimum fixed duration for which a work needs to remain in a public place for it to be considered ‘permanently’ placed. Instead, it required that the work is kept in a public place during its ‘natural’ life for it to be considered as being ‘permanently located’. The court, however, cautioned that this itself would not be not conclusive of the issue, because the author’s intention ‘at the time’ of placing his work in public remains decisive. And therefore, where the author intends to place his work in public for a period shorter than its ‘natural’ life, even though he wishes to destroy it upon its severance, the work would be considered as having been only ‘temporarily’ installed. Further, the court clarified that the author’s subjective intention remains irrelevant because his intention as objectively perceived by a viewer or passerby matters in deciding if the work has been ‘permanently’ placed in public.[ii] On this basis, the court decided that in the case, the defendant cannot use the defence of freedom of panaroma because the wrapping of the Reichstag was in the manner of an exhibition and exhibitions’ display should be seen in terms of weeks and months, but not in years. Hence, even if the display was for the short duration of two weeks, the work is still an exhibition the author of which deserves copyright protection.

Since, neither the statute nor the courts in India have stated their stance on this aspect of the issue, the position adopted in Germany may hold persuasive value and may be incorporated in the Indian legal context though with slight modifications if necessary. This is because firstly, unlike Germany, India is a common law country and in common law jurisdictions, a fair use clause is given broader interpretation. Secondly, in India, the Delhi High Court, in the landmark DU Photocopy verdict, has clarified that section 52 is not an exception to copyright but a right in itself and therefore the rule of narrow interpretation may not apply in relation to this provision.

Another significant aspect of this issue is whether non-stationary items can be said to be ‘permanently’ located under sections 52(t) and (u) of the Act.

This aspect was dealt with by the German Supreme Court in AIDA Kussmund case in 2017. In this case, the plaintiff company painted an image of kissing lips on its cruise ships. It sued the defendant when the latter depicted the former’s image on his website. The defendant relied upon the FOP exception. The plaintiff counter-argued that the cruise ship, being a non-stationary object, was not ‘permanently’ located in a public place.

The judgment, therefore, expanded the scope of the FOP doctrine and thereby widened the definition of public places. Thus, it is likely for the Indian courts to embrace this kind of interpretation if a similar issue comes up before them.

This implies that non-stationary artistic works such as moving carts of street vendors, modes of public transportation, tableau, rides in amusement parks including toy train rides, etc. which may commonly be understood to be excluded from the scope of FOP doctrine ‘may’ now be included within its ambit in India.

However, there are certain ambiguities that this verdict has given birth to.

First, it remains unclear as to whether the principle propounded shall apply to only non-stationary works or to both stationary and non-stationary works. This is because, if it applies to stationary works as well, then even artistic works displayed in temporary public exhibitions or another public place (for instance outside a showroom) would be subject to the FOP exception provided such works are displayed in one public place or the other for a ‘longer’ period of their entire life. If that be the interpretation of the verdict, then to this extent, the position laid down in Wrapped Reichstag regarding the work displayed in temporary exhibitions may stand overruled.

Similarly, if this verdict can be interpreted to apply to the work which is stationary and has been permanently affixed to a place, then it can be interpreted to have stated, by laying down that for a work to be ‘permanently’ located in public place it only needs to remain in such place for ‘longer’ period of time calculated as a fraction of its lifetime, that where an artistic work is permanently affixed to a place it may not be enough for merely the work to be ‘permanently’ installed in a place which remains open to the public for a short period (such as Pragati Maidan and Mughal Garden in New Delhi which remain open to the public only for short durations in the entire year) to fall under the exception. It will be additionally required that the place in which the work has been installed also remains open to the public for a ‘longer’ period of time. This is because during the time the place is not open to the public, it cannot be called public space. Hence, the work of art located permanently in such place cannot be termed as being located in ‘public space’ for a ‘longer’ period of its own life. For example, if the life of a statue permanently affixed in Delhi’s Mughal Garden was 60 years and if it was to become open for public view for only a fortnight every year, then for a ‘longer’ part of its life, the work would remain out of public view.

This can be, however, only one way of interpreting the verdict. I believe that this might only be an unintended consequence of the court’s verdict in AIDA Kussmund case. Hence, the Indian courts should guard themselves against the possibility of this kind of interpretation if in the future similar issue arises before them.

Second, uncertainty remains regarding the quantitative threshold of the term ‘longer’ for an object to be considered as ‘permanently’ located in a public place, i.e. whether it is enough if the work remains in some public place for slightly more than 50% of its natural life or the threshold is higher.

The jurisprudence on the meaning of the term ‘permanently situated/located’ under the FOP doctrine is in its nascent stage of development in several jurisdictions including India. German courts have offered some insights which Indian courts may draw from when the case for interpretation arises; however, this import of interpretation must be done cautiously, for there is difference in the legal systems as well as the social, cultural and economic circumstances of the two countries.