We’re pleased to bring to you a guest post by Pragya Jain.  Pragya is a 4th year B.A. L.L.B.(Hons.) student at Amity University (School of Law), Kolkata. 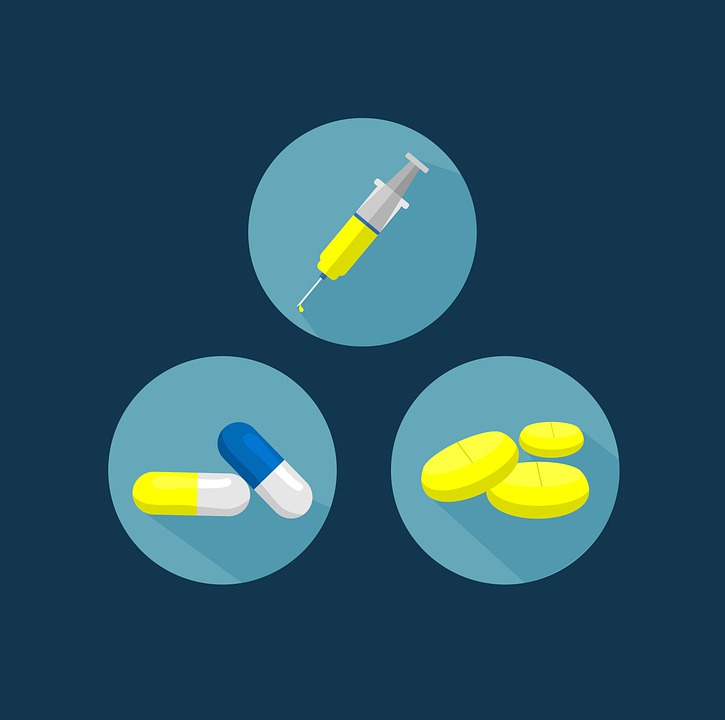 An image of an injection filled syringe, two capsules and three tablets  (image from here)

The coronavirus outbreak and subsequent shutdown wreaked havoc on all major sectors of the economy, yet it turned out to be a blessing in disguise for India’s pharmaceutical industry. Over the next five years, India’s medical spending is predicted to increase by 9-12 percent, propelling the country into the top ten countries in terms of medical spending.

Pharmaceutical companies compete fiercely for the right to sell similar novel therapeutics, with multiple companies vying for the same market share. As a result of the competition, some businesses may find it difficult to decide how to effectively safeguard their intellectual property. The only two types of intellectual property protection that protect information are patents and trade secrets. However, a single innovation cannot be protected by both types of rights.

The protection under patent and trade secret is fundamentally varied

A patent is a limited-time, usually 20 years, monopoly granted by the patent office to an inventor to commercialize his idea. During this time, the creator has the right to prevent others from using the invention. The patent protection provides a defensive or negative right rather than an affirmative right. In the case of F. Hoffmann-La Roche Ltd. v. Cipla Ltd., the Delhi High Court said that a patent is a property right, which the state grants to inventors in exchange of their covenant to share in detail with the public. To be granted a patent, the application must contain sufficient information “to indicate in the title the subject-matter to which the invention relates and to fully and particularly describe the invention and its operation or use and the method by which it is to be performed, the best method of performing the invention which is known to the applicant” as mentioned in section 10 of the Patents Act, 1970. That is the patent trade-off: in exchange for releasing enough information for others to use the innovation after the patent expires, the inventor receives a 20-year limited monopoly on the invention.

On the contrary, as held by the Delhi High Court in the case of American Express Bank v. Priya Puri, trade secret is information which, if disclosed, will cause real or significant harm to the owner. Any type of information can be protected as a trade secret, with the only criterion being that the information has potential economic worth and that the owner took reasonable steps to keep it secret. The protection of information as trade secrets doesn’t provide a statutory right as there is no governmental intervention in the form of a legislation. Trade secrets are not limited by the number of years unlike patent protection which lasts for 20 years and upon expiration thrusts the invention into public domain. In addition, trade secret protection is far easier, quicker and cheaper to obtain as immediate legal protection accrues upon the owner taking reasonable efforts to maintain secrecy. However, in certain situations it becomes difficult to maintain secrecy of an innovation as competitors could easily reverse engineer or independently discover it.

For the innovator, the choice between patents and trade secrets does not have to be a “either-or” dilemma. Both patents and trade secrets can be used to protect distinct portions of the same invention under the layered approach to innovation protection. Both types of protection are possible and should be explored when it comes to safeguarding significant inventions. As a result, deciding which portions of an invention to patent versus which features to protect as trade secrets is a more critical question, because both provide different types and levels of protection, and an owner can use both to maximize the benefits provided by both rights. This approach has been approved in several jurisdictions. In Altavion, Inc. v. Konica Minolta, a California court found that if a patentable idea is kept secret, the idea can be considered trade secret information. However, Delhi High Court in the case of Prof. Dr. Claudio de Simone v. Acital Farmaceuatica Srl (discussed by Adv. Aditya Gupta in the earlier blog here), has rejected the possibility that a patent can be different from know-how and trade secrets by relying on section 10 of the Patents Act. In essence the court has rejected the layered approach of protection. The Court cited the Patents Act, stating that all information related to the functioning and operation of the innovation is presumed to have been disclosed in the patent, and that once the patent expires, all information related to the patent transfers to the public domain, and no trade secret or know-how can be claimed on any information related to the patent thereafter. The “best mode” of operation required by the patent may not be the most convenient commercially feasible form of operation of the innovation, and the court has failed to consider this option. This makes it important to understand what kind of information should be protected as patent and trade secret respectively and how to assess that.

Essential considerations while choosing between patent and trade secret

The following points may be considered while making a choice for protection of information as patent or trade secret:

For instance, it is better to protect the information pertaining to product formulation as patents because it is easy to find out the components of the formulation upon analysis. However, a manufacturing process can be effectively protected as trade secrets. This works best when the procedure is indistinguishable from the final product.

The Covid-19 pandemic has rekindled a long-running debate over the optimal balance of private profit and access to essential medicines in the light of public health. Under the Trade-Related Aspects of Intellectual Property Rights Treaty (TRIPS), India and South Africa presented a proposal to the World Trade Organization (WTO) to waive drug companies’ intellectual property rights for Covid-19 vaccines and treatments. The correct choice between patent and trade-secrets will play a major role if WTO considers the waiver of the IP rights because even though the innovators of vaccines or other essential pharmaceutical products will not be able to protect information under statutory rights, they can protect them through know-how and confidential agreements.

The Indian pharmaceutical industry is blooming and is expected to evolve more in coming times. The intersection of patents and trade secrets is a delicate balance of transparency and secrecy which might play a key role in the growth of the pharmaceutical industry. After the Delhi court’s rejection of the layered approach to innovation protection, the Indian IP domain still has plenty of room for debate on the topic of information protection under both patents and trade secrets. The Indian IP regime should draw inspiration from the foreign jurisdictions to get clarity in the midst of the conundrum. Furthermore, India’s position on trade secrets is unclear because no relevant legislation has been enacted; as a result, laws should be enacted for better comprehension, as well as to bring more clarity to the IP system that protects information.