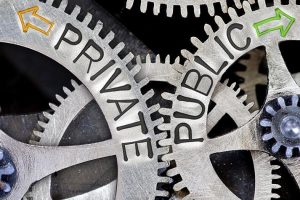 We’re pleased to bring to you a post by Aditya Gupta on the Delhi High Court’s recent decision on the interplay between trade secrets and patents. Aditya is an attorney at Ira Law. He graduated from National Law University, Jodhpur and then pursued a master’s in law from Harvard Law School. Before co-founding Ira Law, he was part of another law firm for 7 years and then an associate at the chambers of Mr. Amit Sibal.

Can Patents and Trade Secrets Co-exist? :  Delhi High Court Answers in the Negative

In the midst of all the COVID-19 associated disruption, the Delhi High Court has rendered an important decision on the interplay between trade secrets and patents with potential far reaching consequences. A Single Judge has held that the same innovation cannot enjoy both trade secret and patent protection. While on first blush this finding seems logical, the catch here is that the Plaintiffs argued that the aspects of the innovation that they sought to protect as a trade secret were separate from the aspects that formed subject matter of their patent. The Court rejected this contention holding that once a patent has been applied for and expired, the “innovation” is in the public domain and no trade secret protection can be claimed thereon.

For the purpose of this post, the relevant allegations by the Plaintiffs are as under:

In this background, one of the issues that came up before the Court was “whether an invention which does not qualify as patented product and has no property right therein, can acquire property rights by the third person entering into an agreement of exchange of Know-How and thus claiming confidentiality”.

The Court answered this question in the negative and observed the following:

With great respect, in my opinion, this analysis overlooks fundamental aspects of trade secret law. It has the potential of having significant impact on valuable trade secrets, if applied broadly and outside the context of the facts of this case.

When an inventor develops a technology, she usually has a choice. She can choose to file a patent or protect the technology as a trade secret.

For patent infringement, it is not relevant whether or not she disclosed the patented technology to her competitors. The competitor may have come up with the invention independently and without any reference to her patent. All that would matter is whether the competitor’s technology falls within the scope of the claims of her patent.

Several factors inform this choice, an important one being whether or not the technology can be reverse engineered i.e. based on the public disclosures pertaining to the invention, would competitors be able to replicate the technology? If so, then she is unlikely to choose trade secret protection for the reason explained above. For instance, most pharmaceutical companies do not protect the core ingredients (such as the API) through trade secret law. Drugs are easy to reverse engineer, and approval processes and regulatory law require disclosure of the product composition. This makes trade secret protection unviable for such APIs.

Another important factor is the pace of development of the technology. If technology develops rapidly, then she would want instant protection. She would not want to risk disclosure of her technology through publication of the patent document and then having to wait for years before the patent is granted.

However, this choice is not an “all or nothing” one. Most sophisticated patentees now view patents and trade secrets as being complementary to each other. Different aspects of their invention are protected in different ways i.e. a layered protection model – those which are immediately available and disclosed to the public (and hence can be easily reverse engineered) are protected as patents. Other aspects which are harder to reverse engineer or with respect to which patent protection is weaker (for instance, backend software) can be protected as trade secrets. For instance, in the pharmaceutical context, companies would often file a patent over the API but may not disclose excipients in the patent, even though these excipients are added to the commercialized product. These excipients are protected as trade secrets. For instance, Wyeth successfully protected its method of manufacturing a drug as a trade secret, even though the patent on the drug itself had expired (Wyeth v. Natural Biologics Inc., see the District Court’s decision at 2003 U.S. Dist. WL 22282371).

The Court’s finding that “know-how” is in the public domain without any patent being applied thereon is troubling, and, in my view incorrect. Numerous decisions have found know-how to be protectable even where no patent has been applied for in respect thereof (for instance, see the landmark and widely followed decision in Seager v. Copydex, where the copier had applied for a patent based on the misuse of the confidential information. The Plaintiff successfully brought a suit against the copier, even though the alleged confidential information was potentially patentable, but was not so patented by the Plaintiff).

Even if the Court rejected confidential information as not being “property”, this does not automatically lead to the conclusion that confidential information ought not to be protected under common law in the absence of patent protection over the same. The Court seems to view the Plaintiffs’ claim regarding know-how as a ruse to overcome the rigours of patent protection or to obtain a perpetual monopoly. However, it possibly ignores the risk an inventor takes by not protecting the invention as a patent and rather chooses to protect it as a trade secret. These include the risk of independent creation and reverse engineering, as also the risk that the technology may leak one day, after which it becomes almost impossible to protect.

As regards the Court’s finding of the know-how being in the public domain, this is not a legal question but a factual one. The correct course of action would have been to examine the patent and determine whether or not the aspects of technology claimed as “know-how” were disclosed. If so, no claim for confidentiality could be made on those aspects. Let’s assume for a moment that the Plaintiffs here failed to disclose the “best mode” or failed to fully and sufficiently describe the invention, by keeping these as trade secrets. In my view, this failure would, at best, affect the validity of the patent (the US Patent) and cannot possibly render the trade secret to be in the public domain. There can’t be any presumptive disclosure of such information.

In my opinion, some of the questions which the Plaintiffs ought to have clarified are:

At least from the judgment, it does not appear that these facts were placed before the Court. Thus, while there may be some legal flaws in the Court’s analysis, this doesn’t necessarily mean that the Plaintiffs ought to have succeeded in this case.