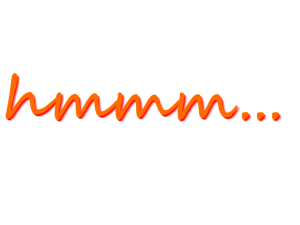 I read with interest, and some puzzlement, Srividya’s speedy rebuttal to my post yesterday where she examines America’s case for suspending GSP benefits. It is in keeping with a tradition that we have where I write a piece and she responds to a couple of lines from my piece. Please click here for the previous edition. I am not quite sure how we went from discussing Bayer’s licensing woes to COVID-19 and food shortages but since the door has been opened, it is only fair that I respond.

Why the repeat references to food?

To begin with, I cannot understand why Srividya keeps referring to “food” in her post while referencing the one line in my post on the American retaliation for India’s price control on medical devices. She states:

“Food is as important as medication during this time. NO one will decry these moves”

“Given the COVID-19 situation in the US, the USTR will not make any moves that detrimentally affects access to food and/or medication in any country;”

“US has its own issues right now with COVID-19 that is far more serious than India’s suspension of highly questionable royalties at a time when a food crisis is also looming because of country-wide shut-down.”

Ignoring, the heavy rhetoric for a moment, I must point out that the Bt technology owned by Bayer has nothing to do with food – the patents in question dealt with genetically modified cotton. I thought that was quite obvious given how much publicity this dispute has got in the media and the fact that I mentioned it in my earlier piece. Cotton is a commercial crop that is used by the Indian textile industry. It is not eaten in India. In fact, it is common knowledge that genetically modified food crops are not permitted in India and that patents are not granted for plants in India – they have to be protected under the Plant Varieties Act.

How does the COVID crisis justify India’s price controls on medical devices for the last few years?

Srividya in her post seems to imply that India’s price control on medical devices, imposed a few years ago is justified because a number of countries have “suspended trade based IP protection” due to the COVID crisis. To begin with this is an inaccurate description of what these countries have done – they have merely invoked exceptions under TRIPS to over-ride patents provided a reasonable royalty is paid. In any event, I am not sure of the link she is drawing between price control and “suspending trade based IP protection”. The Essential Commodity Act, 1955 has nothing to do with intellectual property. It vests in the government enormous power to control the prices of any commodity in India and this is merely the first time that the government has used it in the context of licensing fees for IP. Technically, TRIPS is silent on the legality of price controls on IP. It only controls the use of a patent without the authorization of a patentee.

The suspension of the GSP provisions

Let’s move on to the thrust of Srividya’s post which pertains to the legality, under WTO law, of the withdrawal of GSP benefits by the American government. As Srividya explained in her piece, the general rule of international trade law is non-discrimination between trading partners. Exceptions however may be made in the nature of GSPs, wherein developed countries may grant developing countries certain privileges in order to help them grow their economies and trade. The US’s GSP program involved giving countries like India a waiver or reduced tariffs for certain goods. Over the years, American has been withdrawing these benefits for India under different laws as a part of Trump’s trade strategy.

The first decision was a Presidential Proclamation on May 31, 2019 under the Trade Act, 1974 which allows the American President to extend GSPs to only those beneficiary developing countries that provide equitable and reasonable access to the markets. In this proclamation, Trump without recording any reasons, decided that India was not providing equitable and reasonable access to its market. The media speculation is that the medical devices issue played a role in this decision.

The second decision was on February 10th, 2020 under the Tariffs Act, 1930. This law requires the USTR to make a determination of the countries that qualify for certain special tariffs under American law pursuant to the WTO Agreement on Subsidies and Countervailing Measures. As per the USTR’s new formula, countries with trade of more than 0.5% of the world trade or countries in the G20 would be considered developed countries. As per this new formula, many countries including India were excluded from the definition of “developing country” under the Tariffs Act, 1930. I’m not sure why Srividya find this determination “arbitrary” or “absurd” because she does not provide any reasons.

Technically neither of the above decisions have anything to do with IP and like you, I am wondering why we are discussing trade law on an IP blog.

Are either of the above determinations under the US Trade Act or Tariff Act violative of GATTs and the Enabling Clause? Going by the tone of Srividya’s piece, I have a feeling that she thinks that America is in violation of international trade law but her reasoning is silent (in fact it is not clear if she is commenting on medical devices or the Bayer dispute) – merely summarizing the EC Tariffs case is not going to cut it. These are fact heavy determinations and the facts are very different from those in the EC Tariffs. At any rate, it is safe to say that her principal argument, that no country can unilaterally withdraw the GSP benefits of any other country unless such a removal is positive for the developing country is flat out incorrect. Developed countries have the leeway to apply their GSP programs to different countries in a different manner – that much is clear from the EC Tariffs case as even she concedes.

More importantly though, it is going to be tough for India to argue these cases without making itself vulnerable for legal retaliation for the manner in which it is discriminating, primarily, against American medical device manufacturers.

Now regarding Srividya’s claim that Bayer or the US will not make this is an issue right now due to COVID. It does not take a genius to figure out that no major trade actions will take place during this pandemic. But this pandemic, like others will end eventually and trade will resume, perhaps in a more protectionist world that is better aligned with the ideologies of the RSS’s trade wing. The entire point of my earlier piece was to highlight how the decision to punish Bayer to benefit crony capitalists in India, may just come back to hurt other Indians through different forms of trade retaliation.