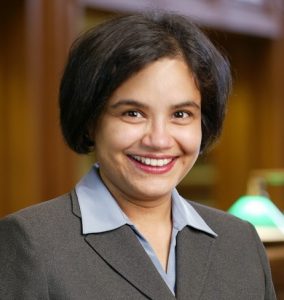 A post earlier today by Prashant looked at the axing of royalties paid by around 45 seed companies to Bayer (which acquired Monstanto) for its Bt technology, through an order under the Essential Commodities Act. In the post, among other things, he also points out that India’s use of price control under the Essential Commodities Act for medical devices led to the suspension of its GSP trading privileges. We’re very pleased to share a quick follow-up guest post by Prof. Srividhya Ragavan examining the legality of the suspension of these GSP trading privileges. Prof. Ragavan is a Professor of Law at Texas A&M University School of Law and author of Patents and Trade Disparities in Developing Countries, (2012) Oxford Univ. Press and co-editor of Diversity in Intellectual Property: Identities, Interests, and Intersections, (2013), Cambridge Univ. Press.

I cite this sentence in the post titled ‘End of the road for Bt licensing royalties in India’:

“From a trade perspective, India’s use of price control under the Essential Commodities Act for medical devices caused the suspension of trading privileges offered by the American government under its GSP program.”

Given COVID-19, these are the countries that have suspended trade based IP protection and made changes to enhance access and provide for economic recovery:

As it turned out, America was the ONLY country whose FDA went ahead and approved Gilead’s request for orphan drug status for remdesivir originally created using 70 million of public money. With over 2,000,000 active cases of COVID-19, and a projection 1,00,000 deaths in the US, the backlash was so bad that Gilead voluntarily wanted the status suspended. Food is as important as medication during this time. NO one will decry these moves.

Notwithstanding the above, I would think that suspension of GSP status by the US will be considered illegal under the circumstances.

Under the international trade regime of the World Trade Organization, the legal basis for the GSP program is found in the Enabling Clause. The Enabling Clause was the platform for developed countries to offer preferential trade treatment on a non-reciprocal basis to products originating in developing countries. The non-reciprocal arrangement means that even if the developing country did not extend the same favor, the developed countries will offer preferential treatment such as zero or low duties on imports to the developing country. Thus, developed countries such as the US which grant trade concessions cannot expect developing countries such as India to make reciprocal offers in return of the GSP benefits. The reason for the arrangement was that the Enabling Clause meant to provide differential and more favorable treatment to developing countries in order to promote their fuller participation in global trade.  Typically, as a matter of comity, under international trade laws, trade concessions granted to one member should be extended to all members. This principle is termed as the Most Favored Nation Treatment. The MFN principle dictates that any benefit, or trade advantage extended by a member to another member should be applied to all members. Now, the GSP benefits are an exception to the MFN requirement and has been specifically structured such that some developing country members can benefit from non-reciprocal preferential treatment based on economic conditions. Thus, preference-giving countries unilaterally determine which countries, which products and what type of preferences are included in their schemes. Examples of such a preferential treatment can be longer time periods for implementing trade commitments or, providing duty free access to market, special concessions during the dispute settlement process, etc.

Basically, no one country can unilaterally withdraw the GSP benefits of another country unless such removal is proved to “positively and beneficially” lead to financial or trade needs of that country, which, in this case, is India. And, the particular “development, financial or trade need” should be made available on the basis of an objective standard to “all beneficiaries that share that need.” Unfortunately, any withdrawal that is not a benefit to India and is instead, intended as a sanction by the US would be a violation of the World Trade Organization’s Appellate Body (AB) precedent in a dispute titled EC Tariffs. In the dispute, the AB opined that no one country can unilaterally alter the GSP benefits nor can a country unilaterally threaten to do so unless it positively benefits the developing country. In that dispute, EC extended special tariff preferences to 12 of its trading partners to the exclusion of some of the others. The Appellate Body of the WTO specifically noted that GSP preferences should be tailored to the needs of developing countries. At that time, India challenged the EC program which awarded special and additional GSP benefits to select countries that participated in a special drug eradication program. The AB underscored that GSP programs can award different benefits to different developing countries, but that any such differential treatment is subject to the requirement that the treatment is targeted “positively to the development, financial and trade needs of developing countries” and be made available to all similarly situated countries that fit the objective criterion.

So, this is what I think is the bottom-line: