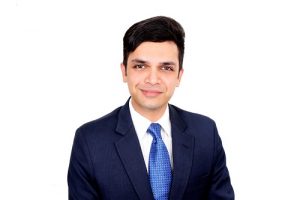 We’re pleased to bring to you an insightful post by Raunaq Kamath on the discrepancy in registration and the subsequent enforcement of generic words as domain names and trademarks. Raunaq is an attorney at Ira Law.

Coming in at number 6 is internet.com which fetched a relatively modest USD 18 million. What is striking about these domain names, and the next twenty or so on the list, is that if one were to ignore the accompanying generic Top Level Domain (gTLD) i.e. ‘.com’, all that remains is generic words.

In two stages of appeal, the Delhi High Court (a Single Judge followed by a Division Bench) did not substantially interfere with the order, save to find that the arbitrator did not have powers to direct the .IN Registry to take custody of the domain name, which should be struck off (see Shamnad’s post on the Single Judge’s order here). The High Court also found that the arbitrator’s conclusion that the complainant had failed to prove its own rights was an incorrect one, owing to the subsistence of a valid and unchallenged registration for the trade mark INTERNET in his favor. The domain name internet.in was eventually not transferred to the complainant as the Court was of the view that he was unable to demonstrate any actual use of the trademark INTERNET. The Court also observed that the word ‘internet’ is generic and the complainant’s trademark INTERNET is therefore a weak one which are relevant considerations to decline the request for a transfer of this domain name.

The internet.in decision tells us that while generic words have been trademarked in India, a generic word as a domain name is susceptible to cancellation, unless one can demonstrate acquired distinctiveness through use, goodwill and reputation.

Booking.com domain name registration in US

The US Supreme Court has taken this issue one step further and is examining the trade mark registrability of a domain name comprising a generic word accompanied by a gTLD, in the case of United States Patent and Trademark Office v. Booking.com. The registrant of the domain Booking.com had filed applications seeking registration of the trade mark BOOKING.COM.

The USPTO refused registration of the marks finding that BOOKING.COM is generic and, in the absence of acquired distinctiveness demonstrating a secondary meaning, the addition of a gTLD is inadequate to make a generic word i.e. booking, distinctive enough for a registration. The appellate board did not interfere with the decision.

The District Court, in appeal, however reversed these findings and opined that a secondary meaning had been acquired and the marks were therefore registrable. The USPTO was unsuccessful in an appeal to the Fourth Circuit which concurred with the District Court’s decision and the issue is now before the US Supreme Court.

The US Supreme Court was scheduled to hear oral arguments on March 16 which now stands deferred for obvious reasons. It remains to be seen whether the Court will find that the addition of a generic TLD to a generic word could potentially constitute a registrable mark and if so, in what circumstances.

Liberal registration of generic domain name as trademarks in India

In this backdrop, it emerges that the Indian Trade Marks Registry is open to grant registration to generic domain names as trade marks. However, the enforceability of these registrations is another story altogether.

The Delhi High Court was approached on 2 separate occasions by the owner of bookmyshow.com who, despite having acquired statutory rights in the trade mark BOOKMYSHOW, was unable to obtain orders restraining third parties from using bookmysport.com (see the decision here and a post on it on the blog here) and bookmyevent.com (see here). The Court was of the view that the overlapping prefix ‘BOOKMY’ was descriptive and commonly used by various players in the booking industry and therefore deemed it appropriate to deny the injunction.

Similarly, the Bombay High Court also denied injunctions sought by shaadi.com and indiaproperties.com against secondshaadi.com (see here for the decision and here for our post on it) and indiaproperty.com (see here) respectively, finding that the generic and descriptive nature of the Plaintiffs’ respective domain names meant that the slightest difference in the Defendants’ corresponding domain names was sufficient to deny an injunction.

The question remains that if the US Supreme Court does find that the trade mark BOOKING.COM is registrable, will a registration of this nature be enforceable going forward?