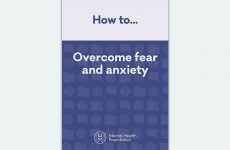 The Delhi High Court in an order dated 20th July, 2021 vacated an ex-parte interim injunction (pdf), allowing the SMS Pharmaceuticals to export Merck’s patented anti-diabetic drug ‘Sitagliptin’ for R&D purposes on the condition that it files an affidavit mentioning the quantities of the drug exported and undertaking that the export is only for the above said purpose. While coming to this understanding, the court relied extensively on the Single Judge’s and Division Bench’s decisions in Bayer v. Union of India and Bayer v. Alembic Pharmaceutical Ltd. (see here for Pankhuri’s and Bhavik’s take on the same) and further interpreted whether the use of Section 107A of India’s Patents Act by the defendant can be dismissed on the basis of apprehensions of the plaintiff/patentee.

The bone of contention in the present case is the patented drug, Sitagliptin, registered under the name of Merck Sharp and Dohme Corporation (Plaintiff) and bearing Indian Patent no. 209816 which is set to expire on 5th July, 2022. The Plaintiff alleged that SMS Pharmaceuticals Ltd. (Defendant) has infringed its patent, as evidenced by their advertising for sale of Sitagliptin Hydrochloride and thus obtained an ex-parte interim injunction preventing the Defendant from using Sitagliptin, via order dated 21st October, 2020.

The Defendant approached the High Court seeking vacation of the interim injunction, arguing that its use of the patented subject matter has only been for R&D purposes so that once the patent expires, the generic variants of Sitagliptin can be made available in the market without any delay. It further argued that such use has been permitted to it by the Drugs Control Administration.

Notable Highlights of the Decision

The High Court passed the order in favor of the Defendant and vacated the existing ex-parte interim injunction on export of Sitagliptin, holding that the Defendant is at liberty to seek the Section 107A exception. As a quick recap, Section 107A exception, the Bolar like provision in the Indian patent law, which allows generic manufacturers to conduct research/experiments using the patented drug, so that as soon as the term of the patent expires, the generic manufacturer can launch the alternative of the erstwhile protected drug and thus limit the exclusivity of the patent to only 20 years (see here for our previous coverage on the Bolar exception and fans of an exhaustive reading on the topic can access the paper by Prof. Basheer and Prashant here.)

In coming to the above conclusion, the Single Judge Justice C Hari Shanker discussed the Delhi High Court’s Bayer set of decisions and made the following observations:-

As it has been observed in the Bayer decisions and noted by the court in the present case, the Section 107 A exception is essential to ensure that creativity and progress is not to be undermined by the overly expansive interpretation of patent rights, especially in case of drugs, diagnostics and other medical devices. In the present case, the Plaintiff asked the Court to undertake a  narrow reading of the provision based on its fears of misuse and inconvenience to ensure that such misuse does not occur. However, such a narrow reading will not just extend the exclusivity granted to the patentee after the expiry of the term of the patent but will also deny the public at large access to cheaper generic alternatives of the protected drugs immediately after the patent period. In this regard the Delhi High Court order in the present case should be appreciated. Not only did the court apply the settled law in a precise manner, furthermore it ensured that disputes with similar facts are decided with a uniform stance.  It noted that in a case with similar facts back in August 2020, the Plaintiff had agreed that Section 107A’s benefits could be extended to M/s. Honor Lab Limited, with regard to the same product. Therefore, the court opined in the present decision that it must adopt a like stance to foster certainty in the law.

However, it must be noted that this order for vacation came after 9 months from the order of ex-parte interim injunction. Along with other reasons for vacating the injunction, the court observed that the Plaintiff has not placed a single invoice on record to show that Sitagliptin was commercially sold by the Defendant or its foreign buyers. This is especially problematic since now it’s unclear on what basis the ex parte order was passed in the first place? By looking at the order granting the injunction, I think that the court paid excessive difference to the registration of patent in the name of the Plaintiff and was convinced that the mere advertisement of the product for sale by the Defendant (despite providing a disclaimer reading “Some of the products may have patent rights in one or more countries and any such product having an existing patent will not be offered/sold for commercial requirements. The final responsibility with respect to third party patent rights lies exclusively with the buyer”) will be sufficient to pass the ex-parte interim injunction.  It has been settled that though the discretion which the judge enjoys in passing the ex-parte interim injunctions, the order must still fulfill the four factors test (see here and here). Regardless, the ever increasing number of reversals of such injunctions makes one wonder whether the four factors test are observed seriously or whether its fulfillment is seen as mere lip service. Thankfully, this court righted the apparent error in the form of a well written and comprehensive order.