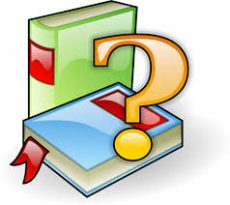 This two part series looks at a case from late 2020, dealing with pre-grant oppositions. The first part questioned the relevance of educational and professional qualifications of pre-grant opposition filers, in context of the literal and contextual interpretation of ‘any person’ in the existing legislation requiring an expansive reading. This post will continue that discussion by asking where the backing is for the reasoning behind a narrower interpretation, as well as highlighting the policy significance of having (literally) ‘any person’ being able to participate in the pre-grant opposition process. This post has been co-authored by Varsha Jhavar and myself. Thanks to an anonymous reader for their inputs and comments earlier on.

The Curious Question of Who Is An “Any Person” Part 2: Where’s The Data?

For brevity’s sake, and since the IPAB and Court skipped over it too – let’s just skip over the question of the actual “benami-ness” of this, that is – who the petitioner is supposedly ‘fronting’ for, and what type of illegitimate financial gain such a person is receiving by the Patent office deciding whether a pre-grant opposition is useful or not!

Instead, let’s look at another question: Where is the evidence based on which these so called  benami and strawmen are abusing the process? The present case referred to the petitioner as a ‘habitual frontman put up by those who intend to only delay the grant of patents.’ (Para 35). Yet, the IPAB (which first said this) did not actually point to what type of delay that this petitioner had caused even once, let alone ‘habitually’.  The IPAB has generally stated that lately ‘pre-grant oppositions are being filed by the impostor for fraudulent gain.’ (para 60(h)) The IPAB also pointed out that 18 years have elapsed and the patent for Tofa has yet not been granted. However, this delay was caused due to the Controller’s rejection of the application thrice and not because of the pre-grant oppositions. It appears Mr. Diyora’s opposition was the first pre-grant opposition in relation to this patent. Conversely, it appears that he submitted data to show that his earlier pre-grant oppositions have led to refusal of patent applications, as well as abandonment of applications. Surely, this shows that the patent office has benefited from his contribution to the scrutiny of these applications?

The IPAB also gave the example of the delay in the grant of  Ferid Allani’s application by 19 years, 7 months. There too, though, the delay was not caused due to any pre-grant opposition, but the Patent Office’s rejection of the application multiple times and the appeals against the rejections, that required the application going back and forth a few times between the Patent Office, High Court and the IPAB (not necessarily in that sequence). (The Ferid Allani order is discussed here).

The Appellate Board also stated that they have observed a trend where once infringers realise that there is a genuine patent, ‘they make all efforts and see that life of the genuine patentee must become miserable by raising all types of false and frivolous objections.’ (para 60(o),(p) & (r)) It was also of the opinion that the practice of Benami applications has to be stopped and only genuine applications should be entertained, and  stated that if an opposition is ‘bogus and without any merit, the same should be thrown out at the earliest’ by the Controller ‘with heavy costs and penalty.’ (para 60(s)) This is a dangerous line, as it gives freedom to not only summarily dismiss valid patent oppositions, but also to impose costs! In a situation where the patent office is already overburdened, and where it is easier to simply grant rather than reject, provide reasons, deal with appeal proceedings – this is asking for trouble to be created!

There have been delays in the process of course, but the first question to ask is whether these delays have been due to pre-grant oppositions or due to the repeated rejections of patents by Controller (and the subsequent appeals against it before the IPAB/HC that follow from such rejection)? Any idea of diluting the safeguard that pre-grant oppositions provide, should first be backed by evidence, as rights granted under the patent act are not natural rights, but part of a legislated quid-pro-quo commonly recognised as the patent bargain. Furthermore, if any evidence is actually found, then there should be some discussion as to the pros and cons of diluting an important safe-guard, and not merely jumping to a conclusion that diluting it is the answer.

Even in 1959, the Ayyangar Committee Report put together sufficient data before making a recommendation on opposition systems. Specifically, he wrote:

“During the eight years 1950 to 1957 the total number of applications for patents in India were 20,222 and the total number of oppositions entered were just 140. I shall discuss the break up of these figures a little later but the figures themselves might be useful to correct any impression that proceedings by way of opposition had lent themselves to a sort of blackmail which was being freely availed of to the great detriment of inventors seeking patent protection.”

Criticising the assumptions made by the Patents Enquiry Committee of 1948—1950, Justice Ayyangar stated: ‘I consider that the views of the Committee were greatly coloured by those assumptions none of which I consider well-founded—first, that a very large number of applications were opposed; secondly, that most, if not all, of them were unsuccessful and thirdly, these oppositions were mala fide, and that this procedure has been utilised to blackmail bona fide applicants, particularly those with slender resources, the assumption being that the parties who raised the opposition were rich corporations who blocked the immediate grant of patents by demanding improper concessions as a ground for withdrawing their opposition. I do not find from any of the memoranda submitted to the Committee any representation regarding mala fide use of opposition proceedings.’ (pg 82)

What is the need for strict scrutiny and safeguards such as pre-grant oppositions?

The reasons are clearly described in this WIPO Standing Committee Report, which states that substantial and procedural requirements ‘are fundamental to a functioning patent system, as they were created in order to ensure that only those inventions that are “worth” protecting for the purposes of facilitating innovation and meeting the broad public interest would obtain patent protection.’ (para 17) It also highlighted the importance of the opposition system stating that it provides ‘an additional administrative layer of review’, preventing ‘the grant of invalid patents through the participation of third parties to the review process’. (para 18) Additionally, it mentioned that oppositions would aid the patent office in making decisions and increase the credibility of successful patents.

It is well known that the patent office is over-burdened already, and not very hard to imagine that bad patents slip through the cracks. See also, for example, some issues with how the patent office handles appealed matters in Amit Tailor’s earlier posts here and here. Additionally, it is simply not possible for examiners to see all the prior art. This has been well established both in treatises, in interviews with patent office personnel, and in the law itself – which therefore in Section 13(4) does not automatically assume patent validity even after grant!  How bad is the problem, though? It is unclear.

AccessIBSA, after a thorough analysis of pharmaceutical patent applications between 2009-16, concluded that of all such patents granted by the IPO, about 72% were bad patents. Even if one wants to doubt their methods, it certainly does raise important questions about verifying patent quality. Bad patents are doubtlessly granted – the question is how frequently. The concern regarding bad pre-grant oppositions seems to be something which should be considered only after studying the number of bad patents slipping through the cracks. Frivolous or bad patents are bad for society as they can both, block real inventions, as well as raise the price for products which aren’t actually worthy of a patent – which is problematic across all sectors, but especially in sectors such as health and education. And the pre-grant opposition is one of the important safeguards that keeps a check on bad patents from being granted. When considered in the light of the future of innovation and public interest, it is favourable that ‘any person’ be allowed to file pre-grant oppositions, in the same way as any person can file for patenting their inventions. In fact, it seems a bit bizarre to take action against the safeguard that might be helpful in avoiding the grant of bad patents, when no additional caution is being taken against the grant of bad patents.

No doubt, it is undesirable if frivolous oppositions are filed in order to delay the grant of a genuine patent, as there are real world implications of delaying such applications.  However, there are other ways of dealing with undesirable oppositions, that do not risk, or lower the risk of genuine oppositions being missed. For example, specified certain duration for filing and disposal of oppositions under Section 25(1). The opposition in this case was filed 13 years after the publication of the application (Para 65). Rather than restricting ‘any person’ to ‘persons interested’, a more directly applicable way forward could’ve been to suggested certain practical directions regarding the time-bound application and disposal of pre-grant oppositions. This is just an example idea. Surely with some more thought and data on the actual extent and placement of the existing problems, more appropriate solutions could be found.

Finally though, this statement from the Ayyangar Committee’s Report seems important to keep in mind even today: ‘In cases where an opposition is entered, the grant of a patent would necessarily be delayed, but the question is one of balancing the benefit which accrues to the public from a successful opposition eliminating a possible invalid patent and the inconvenience or hardship caused to an applicant for a legally patentable invention not being quickly sealed because of an opposition.’ (pg 82)