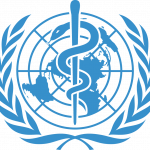 WHO is the authority?

Prof Antilegend’s classes are back! After a few sessions on conceptual and theoretical ideas around IP, this set of sessions will now take the class on a different not-so-theoretical topic and deliberates upon IP issues that crop up around clinical trial test data, drug innovation, Indian drug regulatory regulation etc. If this is your first time coming across the IP Reveries series, you can see what its about as well as get links to our previous classes in the introductory post here. IP Reveries is co-authored by Lokesh and myself in equal measure.

Drugs, Secrets, and Innovation – Brooding Over The Basics

Nya: Prof., good morning. I have some questions, doubts, and requests today. (hurriedly) You must have heard about the death of 66 children from diethylene glycol (“DEG”) poisoning in The Gambia and the World Health Organisation declaring 4 Indian cough syrups as containing unacceptable amounts of DEG contaminants. and ethylene glycol as contaminants. While reading, I found that it had also happened in India 5 times in the past from the same substance. In fact, DEG poisoning is a well-known contaminant and has caused deaths since 1937. Why is it even in the market?

Akira: I read this too.. Earlier, I recollect reading that a bunch of drugs were first banned for not having any benefit, and then some were unbanned. I don’t understand this whole thing around medicines (frustrated). And more recently, something about a freebies scandal regarding another painkiller. Prof., we should discuss this stuff today … about patents, drugs, and health care, please!

Prof. Antilegend: Indeed, IP has several very significant interfaces with the health arena, and truth be told, there are many bitter pills to be swallowed once you start looking more closely.  You will have a more detailed examination of pharmaceutical patents later in your course but it may not be a bad idea to at least start opening this pandora’s box – especially on the non-patent-related parts! While there is a lot to chew – we will only touch upon the areas and basics insofar as they interact with “IP”, and you’ll have to go to your health law class for the rest!

Mindy: This is interesting … I thought patenting (or perhaps trademark – murmuring) is all we need to know about drugs in the IP context.

Prof. Antilegend: It’s the most discussed – but there is another significant area! And that involves trade secrets and clinical trial data. But to talk about that, we first need to understand a bit about the regulatory system. And this introductory bit may help you figure out how to go about answering the questions you opened the class with!

Slato: Regulatory system … as in something for checking the quality of the patents granted on drugs? But that’s what they are already given after novelty, non-obviousness etc. (Confused face)

Prof. Antilegend: No, that’s different. Patents do not determine if a drug is safe and efficacious for people. (1) Patenting an invention used in a drug, and (2) getting regulatory approval to sell a drug in the market. These are two completely separate concepts! To get patent protection, an invention (which is usually a part of the drug) needs to satisfy the legal criteria of novelty, inventiveness, and utility. But to make sure a drug is fit to be sold to people as medicine – it needs to be approved by a country’s drug regulators who (are supposed to) look into the safety and efficacy of the drug! Illustratively, there are certain bars on patenting of traditional knowledge drugs, admixtures of known drugs, or new forms of known substances – all of which we’ll need to discuss in future classes for nuances. However, there is no such bar on the selling of these as pharmaceutical products so long as they are approved by the drug regulatory authority.

Nya: So … Can anybody go to a drug regulator and get it registered by submitting some forms and paying fees?

Prof. Antilegend: Not really, there is a bit of a process. The Central Drugs Standard Control Organisation (“CDSCO”) is the drug regulator in India to whom manufacturers submit data from their clinical trials if they want to sell new drugs in India. This data is called ‘test data’. (interrupted)

Mindy: Clinical trials? Like trying drugs on patients in clinics and finding out if they work? That sounds darn dangerous.

Prof. Antilegend: Haha, no … no. So (thinking) … maybe let’s start from the beginning. Pharmaceutical innovation, or more specifically, coming up with a new drug, is often a long, multitudinous, time taking journey involving substantial costs. Let me try to give you a very approximate idea of this journey – just remember, all the numbers are very approximate and can vary from case to case! (emphasising)

Typically, there are four stages/phases that can take up to 10 -15 years to complete –

(i) the discovery phase (1-3 years) – where scientists (usually universities and public labs) research for the sake of science and go through thousands of compounds. Here, the basic identification of promising leads is done.

(ii) the pre-clinical phase (1-2 years) – from these thousands of compounds, a few hundred compounds that show some promise for treating a particular disease, are identified. These are checked on animals and only after approval go to the next stage for human trials;

(iii) the clinical trial phase (6-7 years) – A more detailed selection process is done on previously verified compounds to isolate the few most promising ones. (emphasising) This stage verifies how well a new drug compound works in people in three stages, each conducted on an ascending number of volunteers.

(a.) Stage I tests basic pharmacology i.e. if it is safe to take. This is usually done on a small number (between 20 and 80) of healthy human volunteers,
(b.) Stage II involves a larger number (between 100 and 300) of patient populations and focuses on whether the drug improves the condition of those with a certain disease and potential side effects,
c.) Stage III involves more people (between 1,000 and 3,000), to firmly confirm both safety and efficacy in deeper detail.

Finally, after the clinical trials are cleared comes the approval stage:

(iv) Regulatory Approval – regulatory approval is sought. Does it provide the benefits it claims to? What type of side effects can it cause? And questions along those lines.  If successful, the drug is launched in the market!

Pocrati: Oh … 4 stages of drug development including 3 phases of clinical trials, that’s a lot! Hmm. And I suppose pharmaceutical companies are the ones that do all of this?

Prof. Antilegend: Hah, good question! While it changes from drug to drug, it can be said that they can come in anywhere around the preclinical stage after the public labs have done some of the basic groundwork, right up till the clinical trial stage. They often zero in on what they consider the most promising from their lens, and then they buy those compounds from public labs, and/or proceed to invest/fund the remaining part of the drug’s journey.

Prof. Antilegend: Another very good question – without a very good answer, since the estimates vary more than Feus’ moods! The exact amount is not known but the estimates range from as low as $314 million all the way up to $5 billion! DiMassi et al’s 2016 study is the most cited study which gives an amount of $2.8 billion. On the other extreme, is Donald Light & Rebecca Warburton’s study which places it closer to 300 or 400 million. And there are a number of other studies that look at different existing studies and then come to their own numbers, such as Wouters et al which estimated it at $ 1.1 billion! And each of these numbers keeps getting different criticisms from different corners. We won’t go into the accuracy of these numbers but for the purposes of this class, it’s just relevant to know that a large portion of the total estimates (whoever is making them), are often attributed to clinical trials. In clinical trials alone, the costs of phases 1, 2, and 3 in the United States are estimated to be in the range of $ 1.4 – 6.6, $ 7.0 -19.6, and $ 11.5-52.9 million respectively.

Slato: Oh gosh … that’s loadsamoney! Then, glad to know we’re putting so much money into something so important to us – health is wealth after all! Hmm. But does all this wealth translate to health?

Sugastine: Seems there may be a middleman between the two! I read about tuberculosis (TB) last year… Do you know this TB has killed over 4 lakhs people in India in 2020 alone? This is around 34% of the total toll of 1.5 million deaths caused by TB worldwide. It would be understandable if TB were a new disease like Covid 19, but TB is hundreds of years old, is it not? Are we really sure this spending of money is happening the right way? (emphasising)

Prof. Antilegend: To put it mildly – no, we’re not at all sure. There is a lot of juicy stuff in there, that we should definitely talk more about. But for now, let’s keep our cogitation on regulation. What happened in The Gambia recently, and similar instances that happened in the past suggest some serious problems with India’s drug regulation system. Given the title of the “Pharmacy of the World”, India’s drug problems are extra significant because not only do they make Indians suffer, but so many outside people also suffer because many countries in the world buy drugs from India. The recent Gambia mishap amply clarifies this.

Prof. Antilegend: Before any country allows any medicine to be sold, they are first responsible for ensuring that the medicine is in fact medicine, and not snake oil passing as medicine. This is where their regulatory system comes in. And … you know what. This is where I’ll pause today’s class. It’s already past the hour, so why don’t you all read up a bit on the regulatory system and let’s reconvene with answers instead of questions in the next class!

For a bit of context for our next classes, you may start with Prashant Reddy’s The Data Exclusivity Debate in India: Time for a Rethink?  and Shree Agnihotri & Sumathi Chandrashekaran’s Drug Regulation in India: The Working And Performance Of CDSCO and SDR to get a sense of India’s drug (mal?)regulation system.

Pocrati: Sure Prof, thank you. See you in the next class.

(steps of the students leaving the class)